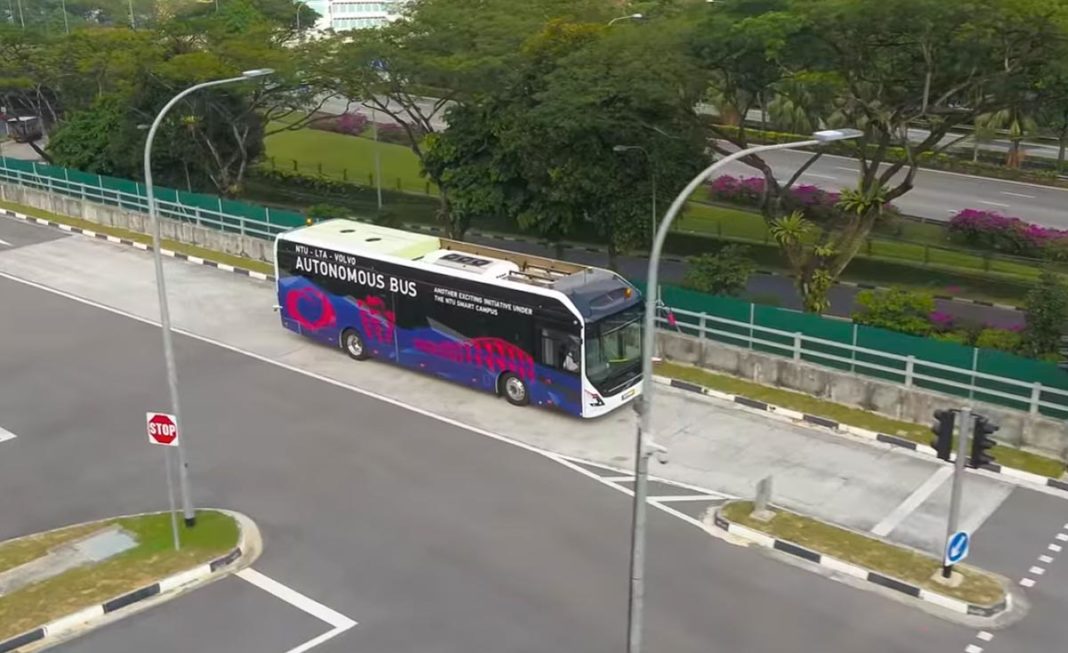 Volvo 7900 is one of the first driverless buses in the world. It has a seating capacity for 80 people but currently only offers 36 seats

The future of automobiles lies in electric mobility and autonomous driving. Volvo has launched a pilot project to test its driverless-electric bus in the island nation. The pilot project initiated at the Nanyang Technological University (NTU). This is not the first autonomous vehicle project in the country.

Singapore is already testing autonomous truck, taxi and shuttle bus. With more such plans, the nation can become one of the leaders in futuristic technology. The Volvo 7900 testing in Singapore is the world’s first such project involving a full-size, driverless vehicle from the Swedish manufacturer. Volvo has been testing self-driving cars in China too.

Apart from the cars, Volvo is testing self-driving trucks to work in the mines of Norway and sugarcane fields in Brazil. Volvo has also developed a driverless bus concept that does not have a driver’s cabin at all. The new 7900 has a capacity of 80 people, but currently, the bus on trial gets only 36 seats during the trail project.

The coach receives various technologies like Global Positioning Satellites (GPS) with up to 1cm of accuracy. It also gets 3D cameras and Light Detection & Ranging Sensors. The bus also uses gyroscope and accelerometer to ensure better drivability around. The bus receives Artificial Intelligence with state-of-the-art cybersecurity measures that will stop the hackers from gaining access to the bus.

The bus gets charged through overhead charging points and supports fast charging. It can charge in 3-6 mins, which is very quick. The Volvo 7900 has already completed many rounds of rigorous testing at CETRAN on the NTU smart campus. Being a Volvo, the bus gets a host of safety features. It can detect pedestrians and can apply brakes automatically.

As per Volvo and NTU, the bus can save up to 80% of emission released by conventional full-size diesel buses. A second Volvo self-driving bus will undergo a trial at a bus depot managed by the country’s government. It is expected that such buses will join the public transport system of the country in the coming years and by 2022, three regions in Singapore are supposed to get a fleet of driverless public transport vehicles.