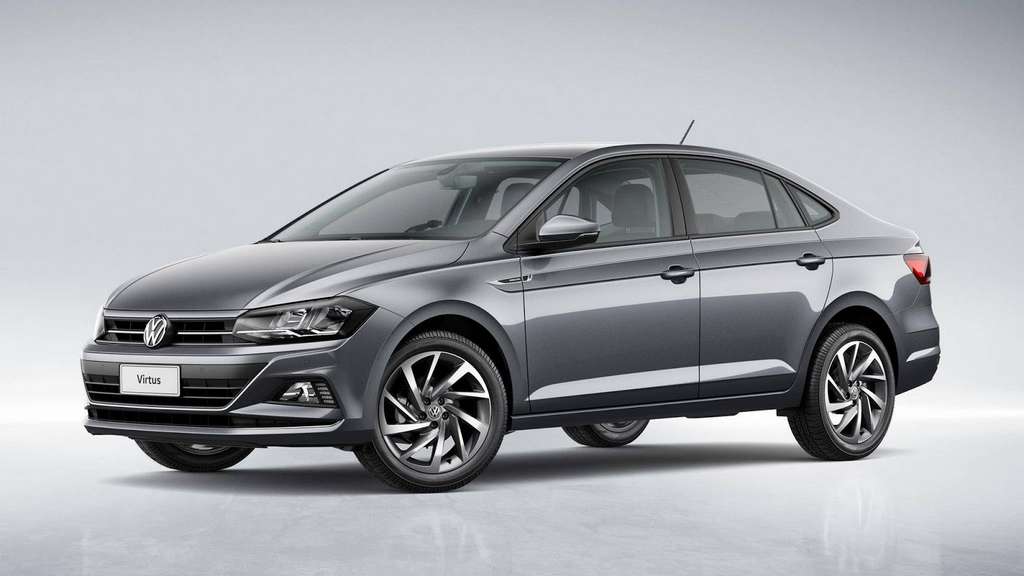 Volkswagen Virtus is underpinned by MQB A0 platform as the new Polo; will compete against rivals like Maruti Suzuki Ciaz and Honda City

German auto major, Volkswagen, was working on a Polo-based sedan for quite some time and it has finally been launched now for the Brazilian market right after the debut of the new-gen Polo back in November 2017.

Like its hatchback sibling, the sedan comes with a sharp and crispy appearance compared to the outgoing model we all know as Vento in India and is based on a new platform. It means that the current VW Vento sedan could be replaced by the Virtus upon arrival or carry on with the same name as next generation version. 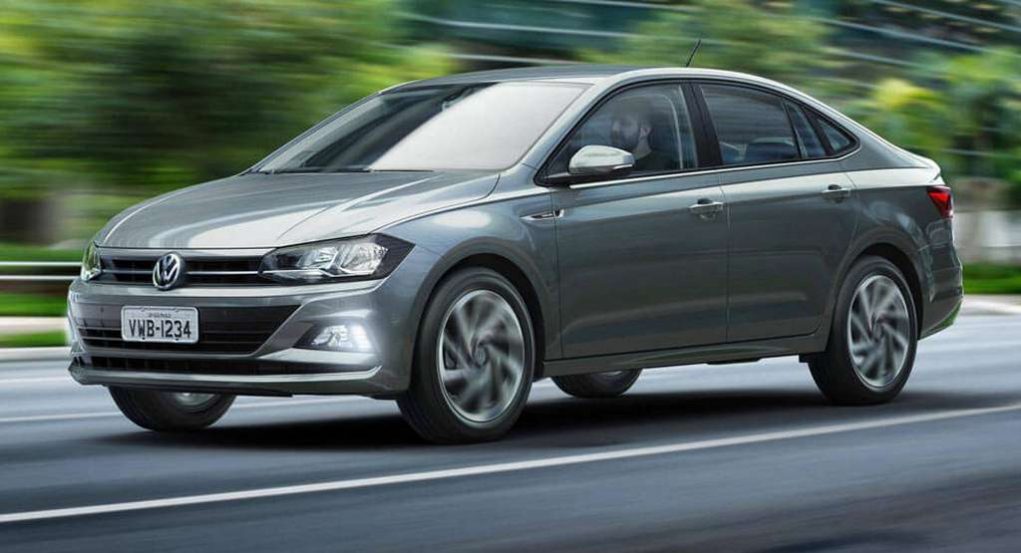 Despite the trend of falling sales of the sedans, midsize models like Maruti Suzuki Ciaz and Honda City have been doing good and keeping steady sales figure in the Indian market. The segment is in fact expanded by the arrival of latest Hyundai Verna that outsmarted both the Ciaz and City in sales for a couple of months.

On the other hand, Volkswagen has also expressed its desire to roll out more interesting products here to become the most affordable premium brand in the highly competitive segments. 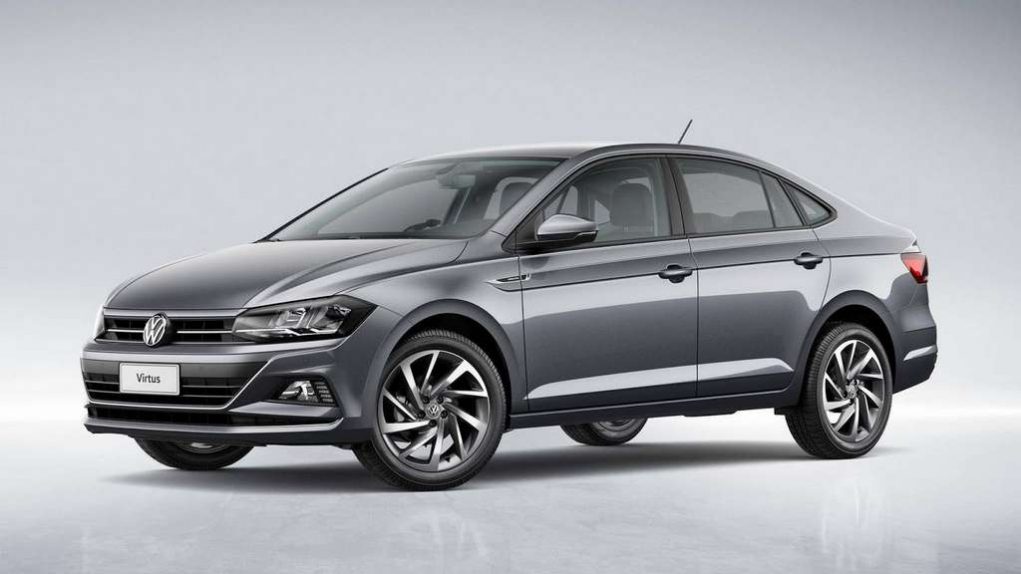 Considering the popularity and demands of midsize sedans in the domestic market and Volkswagen’s strategy to become the affordable premium brand, we can assume that the Volkswagen Virtus will be launched here as well alongside several global marketplaces.

The ‘Eco’ platform (based on the MQB) currently developed by Skoda for India could bear a low-cost version of the Virtus especially for India as well. We have been tracking the Virtus keenly and now after several spy shots and teasers, it has been launched in Brazil.

Here we take a closer look at the details and facts of the upcoming India-bound midsize sedan here:

Volkswagen could introduce the Virtus in India sometime during late 2018 or early 2019. As Polo is a popular premium hatchback locally, we can expect it to be launched ahead of the Virtus, predictably next year. It is currently exclusive for the South American markets and no word on launch elsewhere yet. 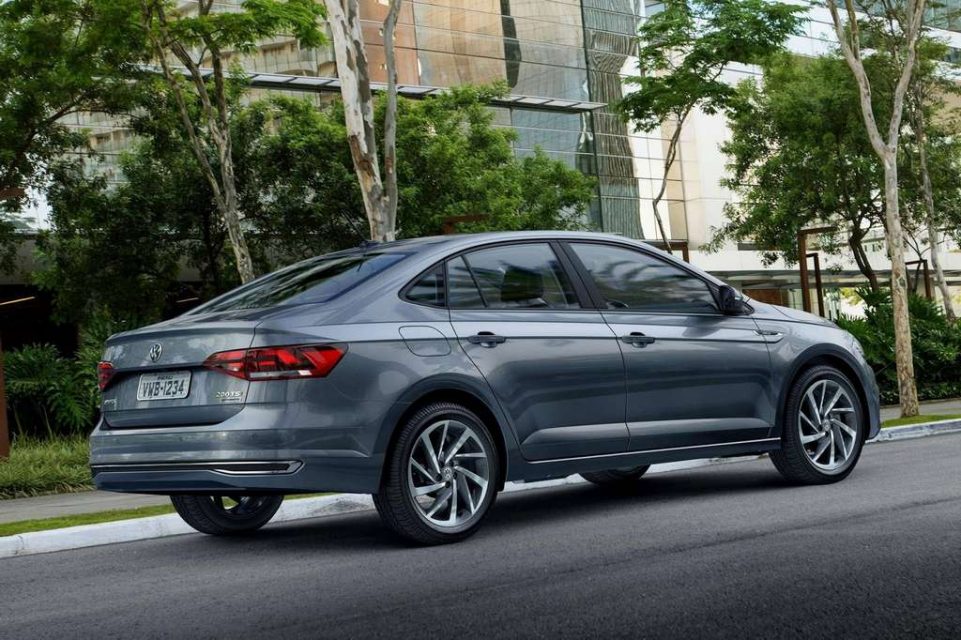 Volkswagen Virtus will come with a range of engine options including both petrol and diesel units. On the petrol front, this midsize sedan will likely have two motors like the current Volkswagen Vento that gets a 1.6-litre MPI and a 1.2-litre TSI engine and on diesel front, the car comes with a 1.5-litre TDI engine under the hood.

In Brazil though, two engine options will be utilised. The 1.0-litre TSI three-cylinder flex-fuel motor develops 128 hp when on ethanol and 116 hp when fuelled with petrol. Peak torque output is same for both at 200 Nm. 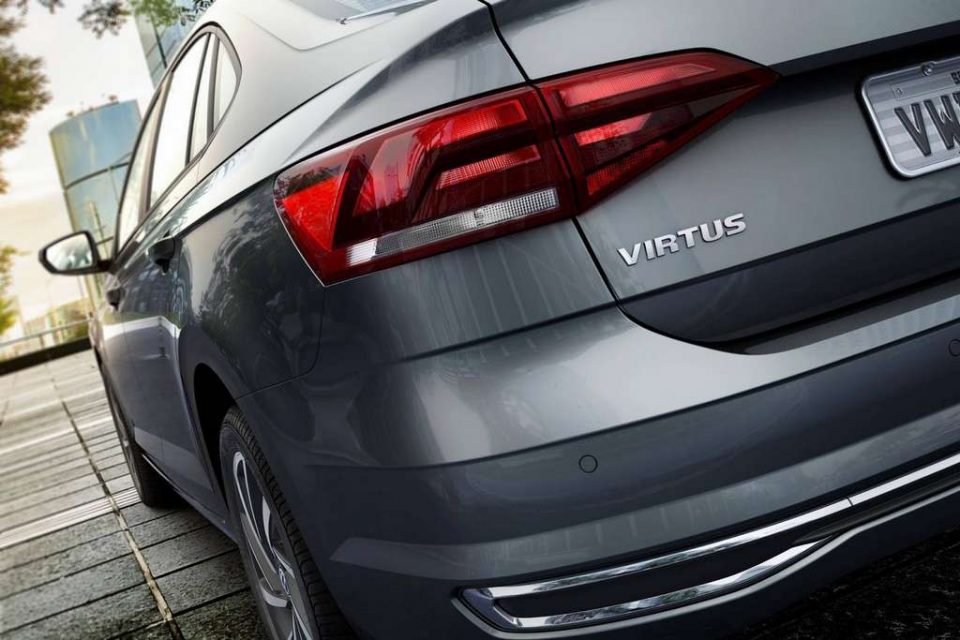 There is also a bigger 1.6-litre petrol pushing out 117 hp and 162 Nm of torque. It is connected to a five-speed automatic while the 200 TSI uses a six-speed automatic transmission. Top speed is claimed at 194 kmph while the 0-100 kmph is dealt in 9.9 seconds. As standard, the 1.6-litre MSI unit makes 110 hp and 155 Nm while running on gasoline.

Volkswagen Virtus comes sporting a very stylish and sharper design compared to the current Volkswagen Vento. The midsize sedan wears a very contemporary styling and mimicks the new-gen Polo until the B-pillar. Also, it is based on the MQB (A0) platform compared to PQ25 architecture that underpins the current Vento sedan. With this new platform, the Virtus sedan is longer and wider than the Vento as well. 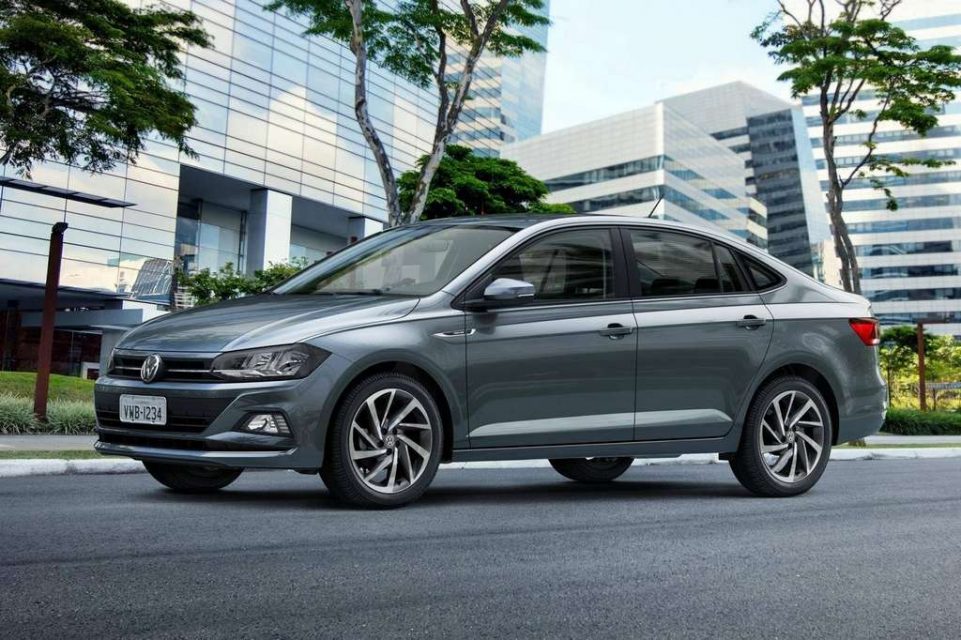 Speaking about styling, up front it gets sharp headlamps with projector units and integrated LED daytime running lights. The grille gets a central horizontal slat linking the VW badge and the headlamps. The front bumper also features a sculpted look with large and wide air intake and there is are neatly positioned fog lamps.

Moving to the side profile, the Volkswagen Virtus has sporty alloy wheels enhancing the style. Apart from that, it also gets turn indicator integrated ORVMs, blackened glass area, sharp character lines and chrome finished door handles as well. The larger stance will help it to establish a premium appeal. 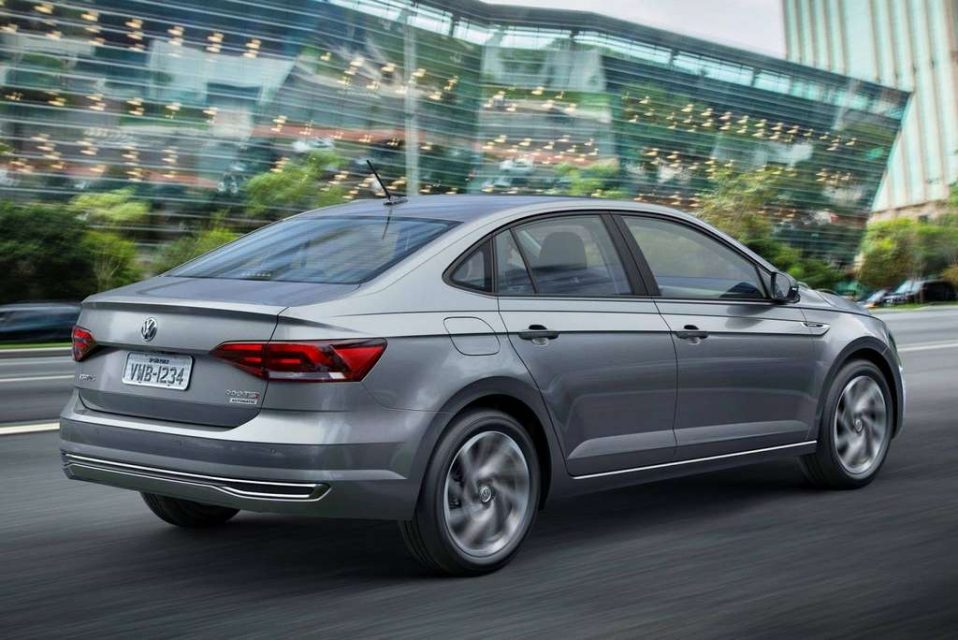 Rear profile of this sedan resembles the Jetta largely and it gains a compact set of horizontal taillights with LED inserts. Apart from that, a chunky bumper and chrome finishing add nice touch to give the sedan a very attractive look. The roof line nicely integrates into the boot like the existing Vento for a compelling presence.

Volkswagen Virtus is longer and wider than the current Volkswagen Vento sedan. Dimensionally, the Vento measures 4,390 mm in length, 1,699 mm in width and it has a height of 1,467 mm and a wheelbase of 2,553 mm. 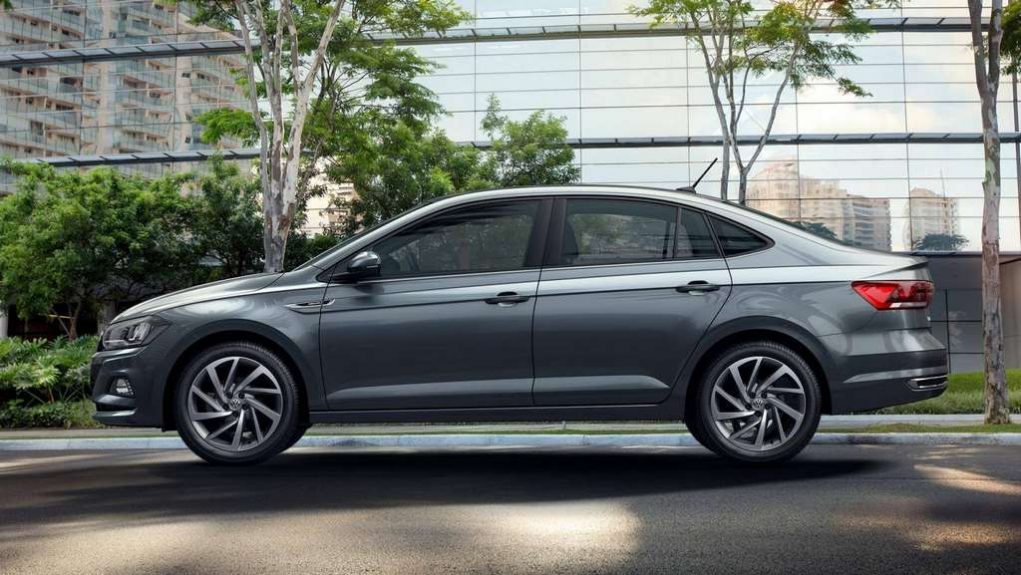 The Volkswagen Virtus sedan comprises of a longer wheelbase at 2,650 mm ensuring better leg space for the occupants and offering them more comfortable journey experience. Measuring at 4,840 mm long, it is a massive 450 mm longer than the Vento. It is wider by 52 mm as well in comparison but stands a little shorter.

Volkswagen Virtus sedan comes with a slightly larger boot space capacity of 521 litres compared to the current Vento sedan that can accommodate 494 litres.

The upcoming Volkswagen Virtus could come with similar tyre size as the current Volkswagen Vento sedan that gets 15-inch steel wheel in lower variants and 15-inch alloy wheels in top variants.

The Volkswagen Virtus gets a very upmarket interior with a feature packed layout. As we already mentioned, thanks to the larger wheelbase and length the cabin will offer more space to the occupants and increase the comfort level. The new MQB A0 platform makes it lightweight and offers added rigidity at the same time. Due to the tougher structure, it provides greater protection to the occupants. 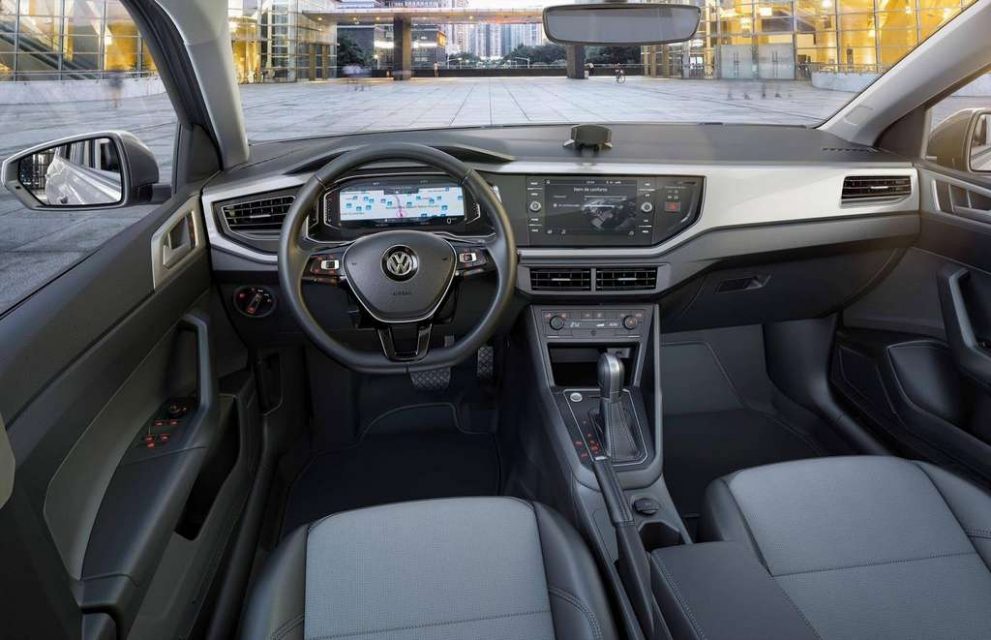 It gets an impressive eight-inch touchscreen infotainment system at the centre console with Apple CarPlay, MirrorLink and Android Auto connectivity as the Polo. It comes with multi-function steering wheel, 10.25-inch screen for the gauge cluster, dashboard with a layered appearance, etc. Other features includes automatic climate control, rear AC vents, upmarket leather seat upholstery, cruise control and several others.