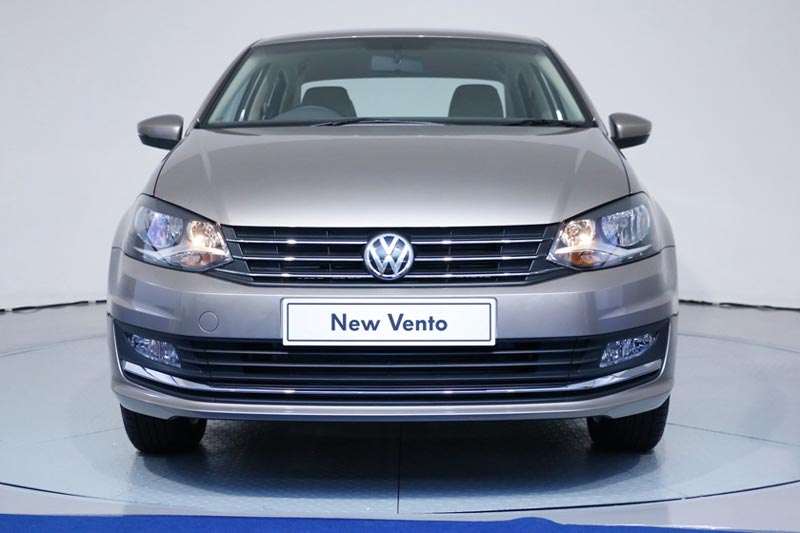 Volkswagen headache with the emission trouble scenario is not getting over easily. Now Volkswagen India has recalled 3,877 units of Volkswagen Vento due to the inconsistent emission of Carbon Monoxide (CO). Not only that, Volkswagen India has stopped the deliveries of the Vento which are equipped with 1.5 litre TDI diesel engines and manual transmissions.

Incidentally, the Vento sedans recalled are also equipped with the same engine and transmission. Although the German automaker has been facing flaks from almost every corners of the world for using cheating devices to manipulate the NOx emission data in controlled environment, which has got a name of DieselGate, but the Indian subsidiary of Volkswagen claims this recall initiative of Vento sedans are not a part of that scenario.

During the test ran by ARAI it was found that some Volkswagen Ventos powered by 1.5 litre TDI engine paired with manual gearbox, were emitting much larger amount of Carbon Monoxide. This is why the German brand has decided to recall the possibly affected cars. Apart from that they are temporarily holding back the sales of the particular engine and transmission equipped Ventos. The company has issued an official statement which says, once approved and confirmed by the competent authorities, the automaker will implement the necessary measures and resume the production and sales of the car again. They have also announced that the cars which were recalled will also get the same treatment.

Volkswagen Vento is quite popular in Indian market, and it gets three powertrain options, which include a diesel engine and two petrol units. The diesel engine is a 1.5 litre TDI unit available in both manual and DSG transmission variants. It produces around 105 PS of peak power and 250 Nm of peak torque. On the other hand, the petrol variants come in form of a 1.2 litre turbocharged direct injection unit and a 1.6 litre MPFi unit.

Skoda has stopped selling the diesel-engine equipped Rapid with manual gearbox as well. This has come after Volkswagen announced the recall of 3,877 diesel variants of Vento due to suspected inconsistency in carbon monoxide emissions. Skoda has done the precautionary measure to stop the Rapid with diesel MT as both the Vento and Rapid share similar mechanicals. It’s worth understanding that these latest issues have nothing to do with the diesel emission scandal.