TVS Motors two-wheeler brand needs no introduction in India. They have already launched some new products this year including Apache RTR 200 4V with SmartXonnect Technology, Ntorq race edition, New Radeon motorcycle and also updated some of their existing range with new features and cosmetic updates. Here is the list of upcoming scooter and motorcycles that will be launched in India by TVS Motors in the coming months.

It is not an unknown fact anymore that TVS Motors is working on updating their 160cc premium commuter motorcycle the Apache RTR 160 4V to meet the upcoming stricter BS-VI emission norms. The test mule of the upcoming motorcycle was spotted recently while testing.

The cosmetic changes to the motorcycle will include a new LED headlamp which will replace the halogen headlamp setup while the rest of the bodywork on the test mule looked identical to the current generation model. As far as the powertrain is concerned the BS-VI compliant Apache will be powered by a 159.7cc, single-cylinder SI, 4 stroke, Oil cooled motor. 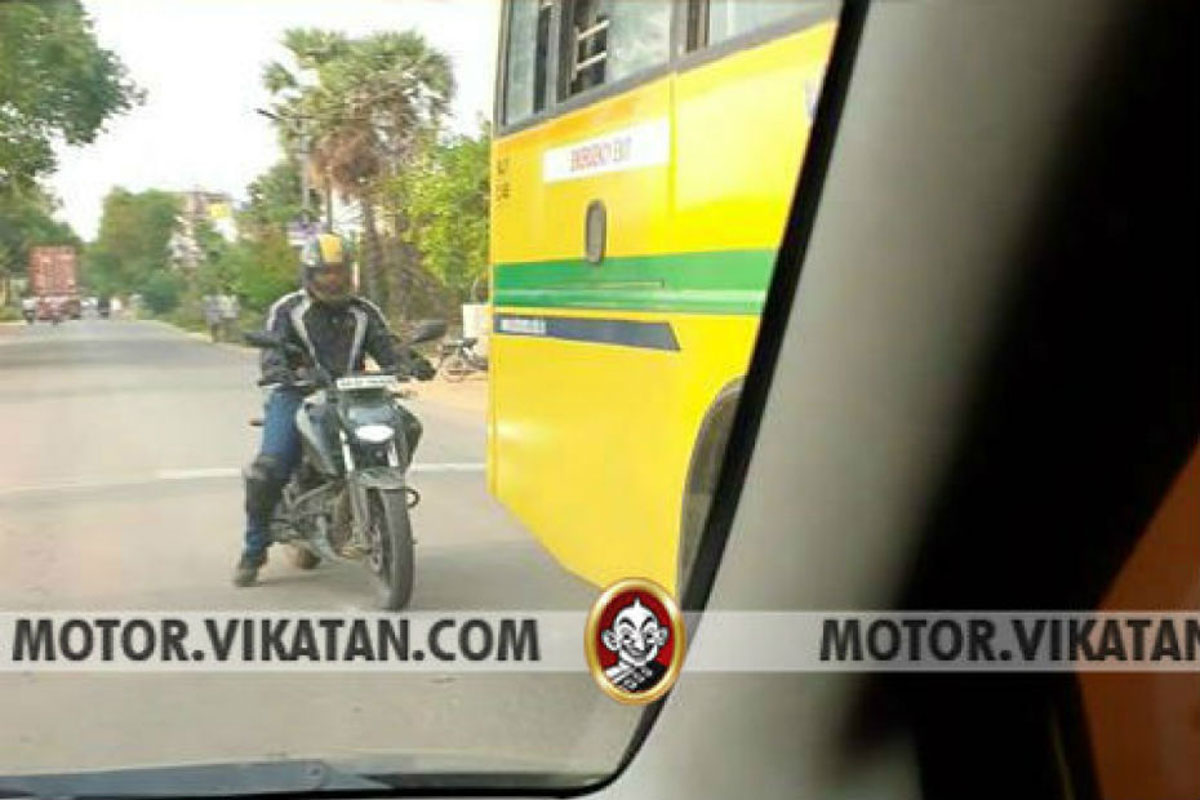 To meet the stricter emission norms TVS Motors will likely discontinue the carbureted variant and will keep the fuel-injected engine alive. The current fuel injected unit is capable of producing about 16.6 bhp of peak power and 14.8 Nm of peak torque. The specification output of the BS-VI model is not expected to change significantly. The Apache RTR 160 4V rivals directly against the Honda CB-Hornet 160 and the Suzuki Gixxer.

TVS Motors also has plans to introduce the BS-VI compliant Apache RTR 200 4V alongside the new Apache RTR 160 4V. The images of the upcoming 200cc motorcycle were leaked recently which revealed a lot about the motorcycle. The upcoming motorcycle will get a new LED headlamp with the LED DRLs that forms an eyebrow shape over it.

Besides the new LED headlamps the motorcycle will also feature an updated Bluetooth enabled instrument console. The motorcycle will be available only with a fuel-injected engine 197.7cc air-cooled, single-cylinder, 4-valve, SOHC engine. The current fuel injected unit produces about 21 Hp of peak power at 8500 rpm and a peak torque of 18.1 Nm at 7000 rpm. The engine is paired with a 5-speed gearbox. The Apache RTR 200 4V rivals directly against the Bajaj Pulsar NS 200.

TVS Motors showcased the Zeppelin cruiser concept at the 2018 Auto Expo and the Hosur based two-wheeler has a reputation of turning the concepts into a reality. The Zeppelin will be the first cruiser from TVS Motors that will be launched in India. 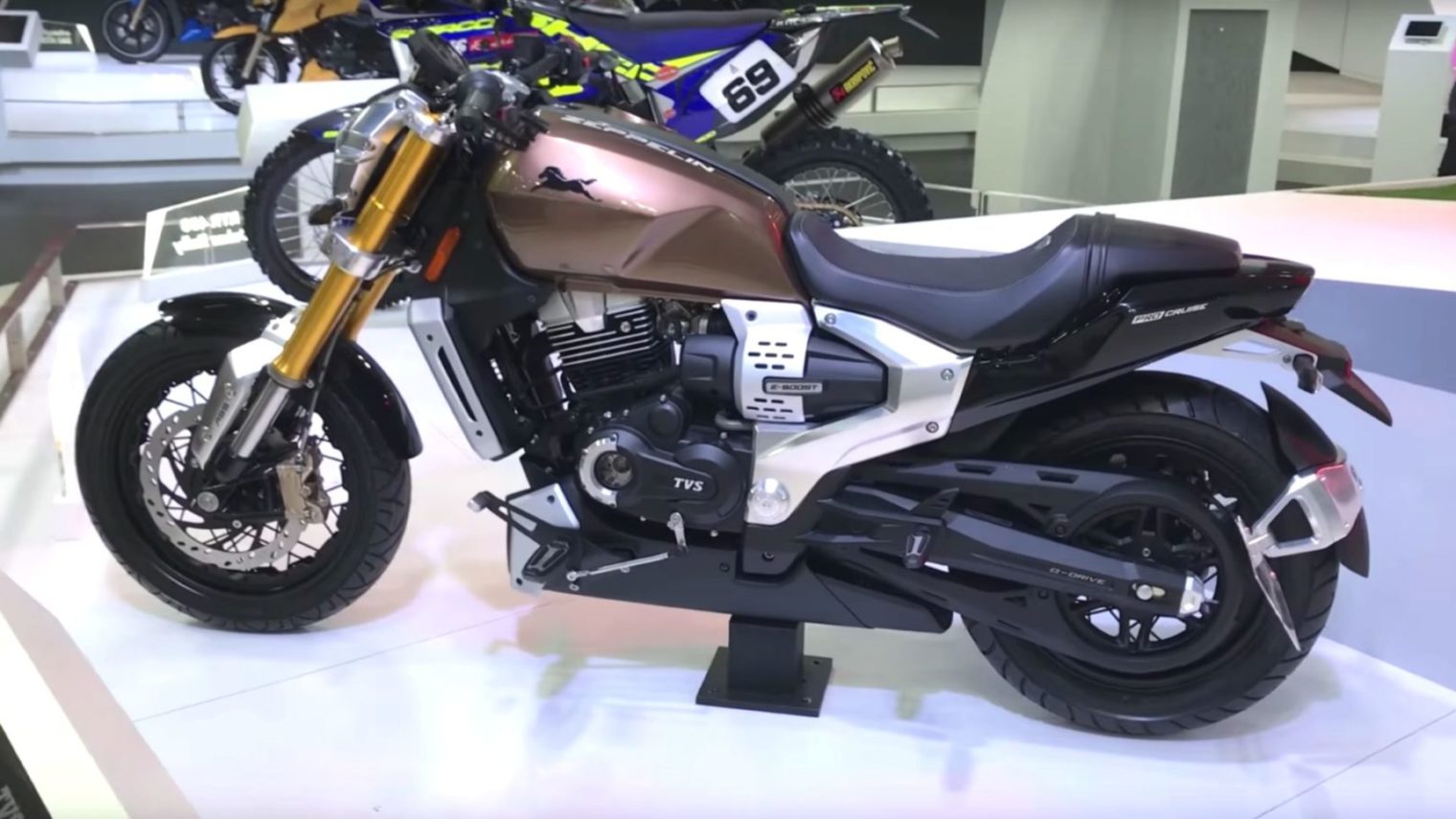 The Zeppelin will not only sport a new design language but plenty of new features never seen before in a cruiser of this segment. The Zeppelin cruiser will be powered by a newly developed 220cc, oil cooled engine which will likely be a rebored version of the Apache RTR 200 4V’s motor.

The motor paired with a 5-speed gearbox will likely produce around 20 HP of maximum power and 18.5 Nm of peak torque. The Zeppelin cruiser will lock its horns with the Bajaj Avenger 220 when it launches next year in India. 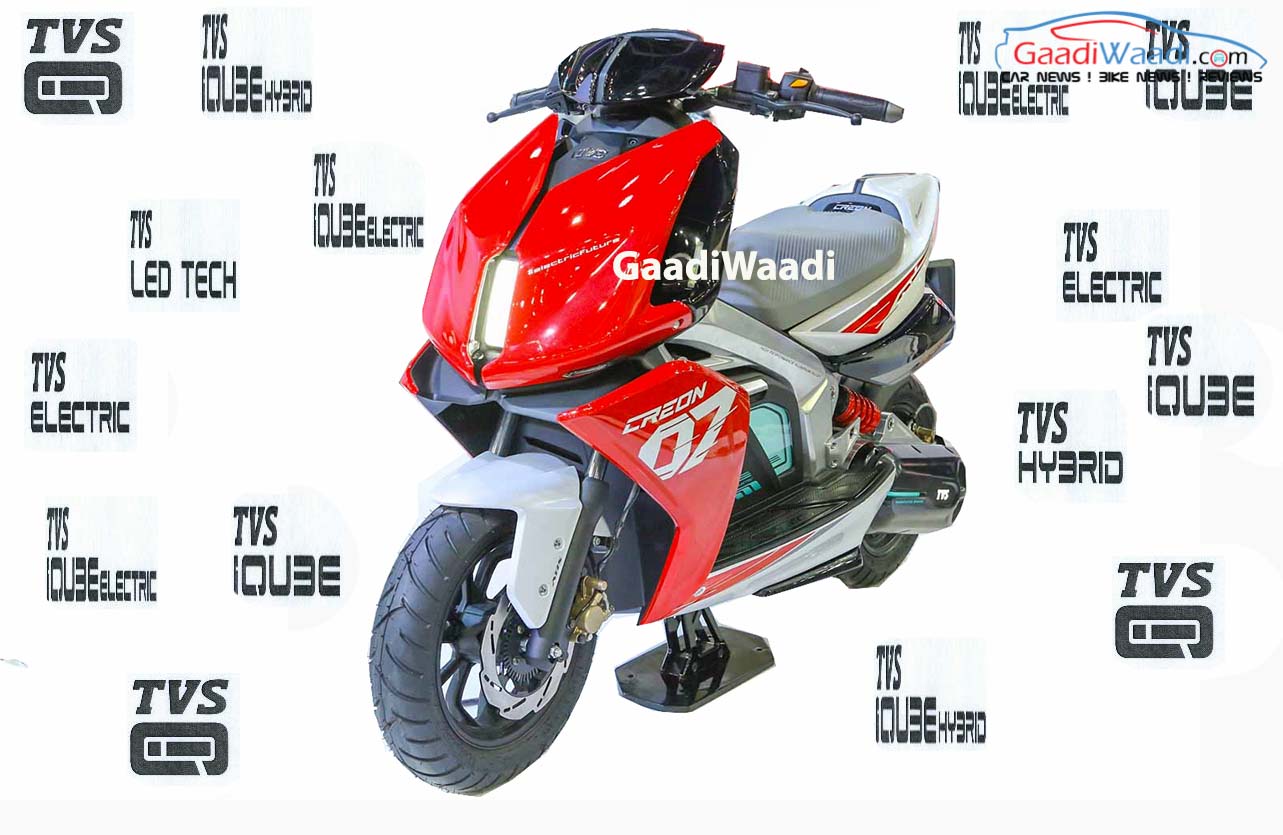 Expect the electric scooter to be powered by three lithium-ion batteries that could charge up to 80 percent within an hour. The Creon will likely be powered by a 12Watt motor that will be capable of reaching 0-60km/h mark in about 5.1 seconds.