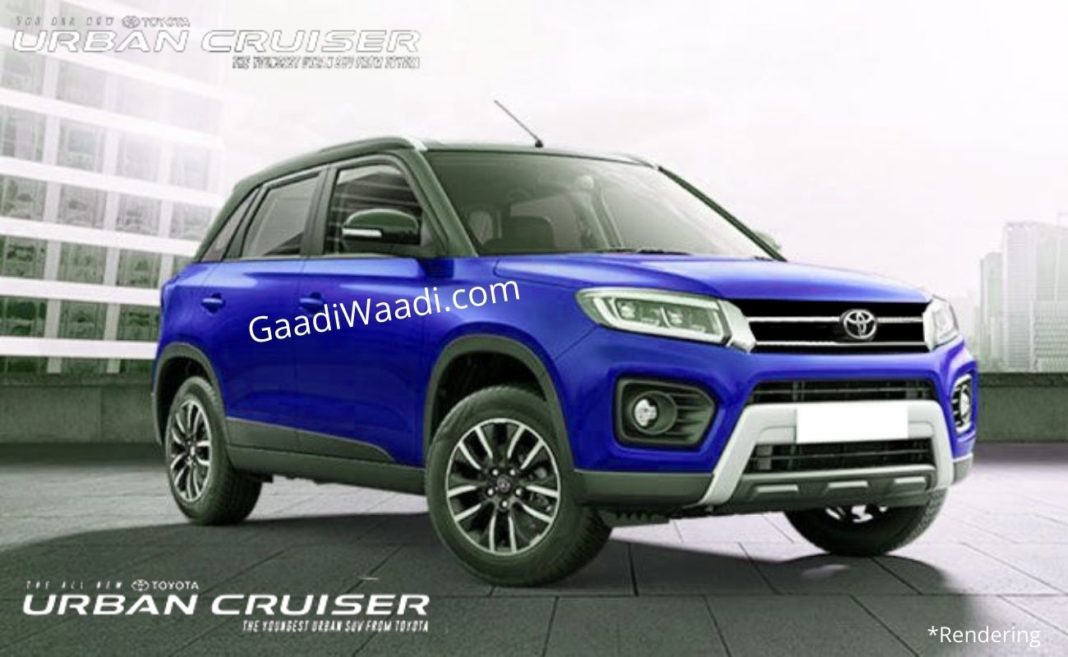 Based on the Maruti Vitara Brezza, the Toyota Urban Cruiser will become the second rebadged product from TKM after the Baleno-based Glanza premium hatchback

Launched earlier this year, the Maruti Vitara Brezza has continued to maintain its best-selling compact SUV status in spite of losing out on the diesel engine option and soldiering on only with a less efficient petrol motor. However, the Brezza could further dominate the segment in near future, albeit, under a different brand name. Soon, Toyota Kirloskar Motor (TKM) will launch a rebadged version of the Maruti Vitara Brezza that will go on sale under the ‘Urban Cruiser’ moniker.

The company has already teased the upcoming model and will launch it in the weeks to come. It will become the second ‘badge-engineered’ product from Toyota-Suzuki alliance after the Maruti Baleno was rebadged as the Toyota Glanza in June last year. It must be noted here that the Toyota Glanza is essentially a Maruti Baleno with a revised grille and a different set of badges. However, for all practical reasons, it’s pretty much the same as the donor vehicle. TKM will follow an exactly similar approach with the Urban Cruiser.

As you can see in our highly realistic rendering here, the upcoming Toyota Vitara Brezza, nay, the Toyota Urban Cruiser looks enough like the Maruti Suzuki model it is based on. The only immediate difference one can spot here is the inclusion of a new grille that wears the highly revered Toyota logo.

While the revised styling package is hardly comprehensive, it’s clear to see that the new grille has pretty much managed to give the front-end of the vehicle a fresh identity. The twin horizontal slat grille is in accordance with the company’s design language and helps the Toyota badge gel well with the front fascia.

However, other than the revised front-end, there not much to help you differentiate between the Urban Cruiser and the Vitara Brezza. Like the facelift, it gets LED headlamps and a prominent faux skid plate on the front bumper. Even the plastic cladding and the alloy wheels sported by the vehicle are the same. The same approach will be followed inside, with the only visual difference arising out of the new badge on the steering wheel.

Powering the Toyota Urban Cruiser will be the same 1.5-litre K-series petrol engine that propels the updated Maruti Vitara Brezza. This engine outputs 105 PS of maximum power and 138 Nm of peak torque. It is shared with the Ciaz, Ertiga as well as the XL6. Transmission options include a 5-speed manual unit and a 4-speed torque-converter automatic gearbox. Like the Brezza, the Urban Cruiser will use SHVS mild-hybrid tech for optimized fuel efficiency.