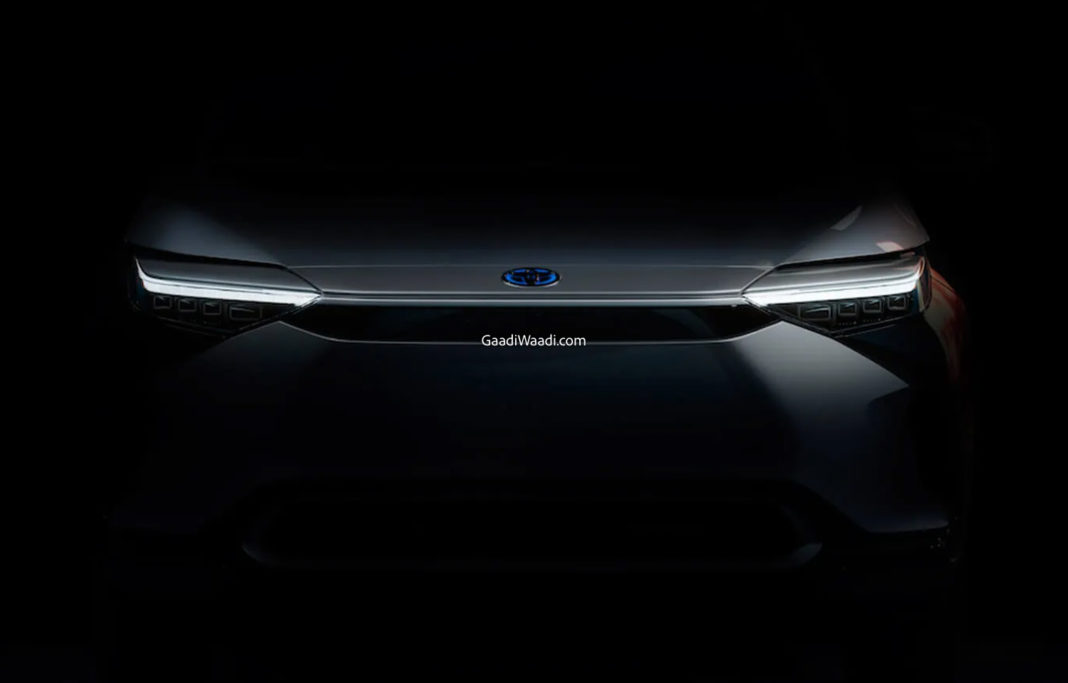 Toyota and Subaru originally announced plans to collaborate on the e-TNGA dedicated electric vehicle platform back in June 2019, and the first offering under this collaboration is all set to be revealed in a week’s time. Toyota will be the first one to unveil an electric vehicle concept based on the said platform, which will be an SUV that is all set to make its debut at the Auto Shanghai show in China on April 19, 2021.

The teaser reveals that the new electric SUV concept will be a part of Toyota’s Beyond Zero sub-brand. It was also recently revealed that Toyota has filed trademark applications with the U.S. Patent and Trademark Office for the name Toyota BZ, as well as the names for six upcoming electric vehicles (BZ1, BZ2, BZ2X, BZ3, BZ4, BZ4X, and BZ5).

A glimpse of the SUV’s face reveals its blue emblem, while a conventional front grille is also absent. However, there is a lower grille and could serve a functional purpose by cooling down the electric components. However, it should be noted that the SUV that is set to be showcased at the Shanghai Auto Show will be a concept, and the production-ready version could feature visual changes.

The upcoming Toyota electric SUV is expected to compete in the midsize segment. The SUV will be the first of the six bespoke Toyota EVs coming this decade, which include a small compact vehicle co-developed with Suzuki/Daihatsu, a midsize crossover, a minivan, a few sedans as well as a large SUV.

Following the electric SUV concept’s debut next week, the production version is expected to go on sale in Europe “in a couple of years,” as per a statement made by Toyota Europe’s sales and marketing chief, Matt Harrison, in an interview late last year.

Toyota is yet to reveal any details about the upcoming EV, but we do know that the e-TNGA platform is being engineered to accommodate front-, rear-, and all-wheel-drive configurations as well as different types of electric motors and battery packs ranging from 50 kWh to 100 kWh.