The upcoming Royal Enfield Himalayan 450 is expected to launch in India next year, and it will be a direct rival to KTM 390 Adventure

Royal Enfield is currently working on a brand-new 450cc adventure motorcycle. Expected to be named ‘Himalayan 450’, this new motorcycle was recently spotted during a road test, wearing heavy disguise. Thanks to the spy pictures, as well as details from a few earlier reports, we know a fair bit about this upcoming ADV.

RE Himalayan 450 will have a round LED headlamp, along with a short visor and a beak-style fender at the front. The new model seems to get a front subframe, similar to that on the existing Himalayan, although the fuel tank looks different. We also see a split-seat setup, USD front forks, a tall single-piece handlebar, and round rear-view mirrors here.

We expect the motorcycle to get a new instrument cluster, which will get the brand’s tripper navigation system as well. In the spy picture, we see that said instrument console has been positioned quite high, higher than the handlebars, and it might be tilt-adjustable as well. The spy picture also shows that the engine will be a liquid-cooled unit.

As per speculations, the 450cc, liquid-cooled, single-cylinder powerplant of the upcoming Royal Enfield Himalayan will develop around 40 PS of peak power and 40 Nm of maximum torque. With these figures, RE’s new adventure bike will be more powerful than BMW G310 GS and Yezdi Adventure, and in direct competition with KTM 390 Adventure.

RE Himalayan 450 will be based on a new platform, named ‘K1’. The motorcycle will get a trellis frame, which will offer better stiffness and strength than the half-duplex split cradle frame of the existing Himalayan. Also, this upcoming ADV is expected to get wire-spoked wheels with tubeless tyres. 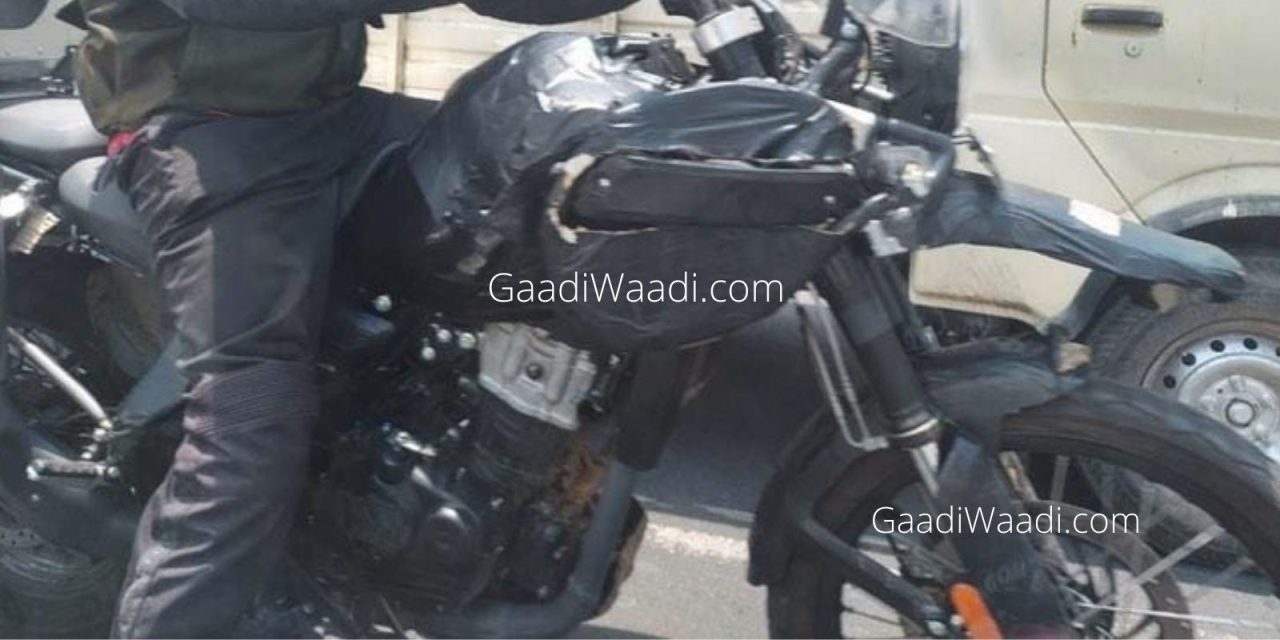 Royal Enfield Himalayan 450 will likely make its debut in India at the 2023 Auto Expo, which is scheduled for January next year. It is expected to be significantly more expensive than the current RE Himalayan (Rs. 2.14 lakh to Rs. 2.22 lakh), but it will undercut KTM 390 Adventure (Rs. 3.28 lakh).