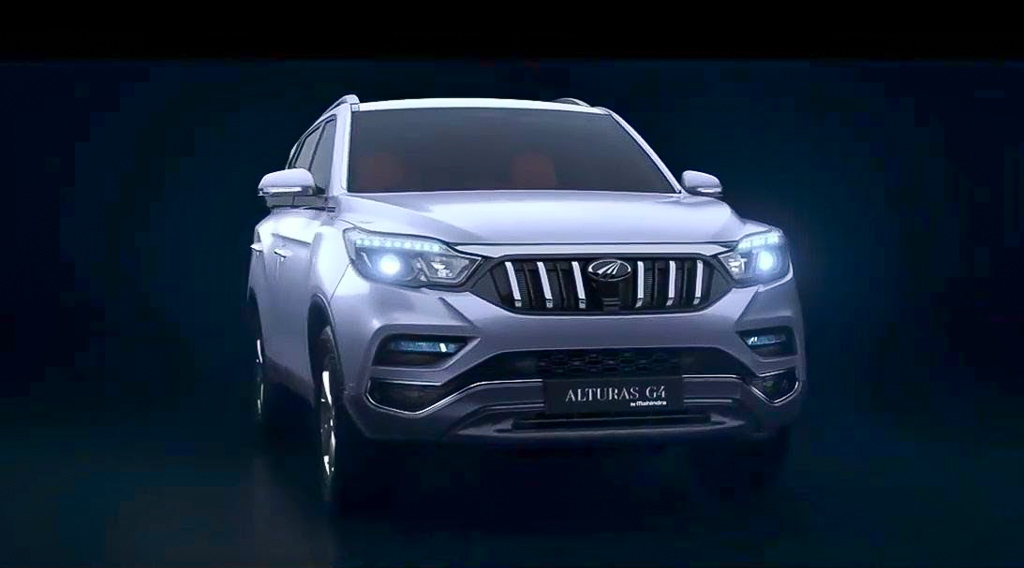 Mahindra & Mahindra is just four days away from launching its flagship Alturas G4 SUV in the Indian market. The new flagship SUV will be positioned above the XUV500 and it squarely aims at the segment leading status of the Toyota Fortuner. The Mumbai-based automaker is wary of the threat from Fortuner and therefore pulling out all the stops with the Alturas G4.

It is brought into the country via CKD route and locally assembled as part of being aggressively priced in the market. The Mahindra Alturas G4 will likely cost around Rs. 3-4 lakh less than the Toyota Fortuner and Ford Endeavour and its pricing will play a significant role in its potential success.

The rebadged version of the SsangYong G4 Rexton has its components imported from South Korea and the production has already begun. With bookings taken for Rs. 50,000 in showrooms across different parts of India, deliveries are expected to commence soon after its launch as well.

For starters, the SsangYong G4 Rexton is a well acclaimed SUV in international markets and Mahindra will be hoping to replicate a similar feat. Based on the SsangYong LIV-2 concept, the Alturas G4 has its exterior modified with new vertically slated front grille housing Mahindra badge and other subtle changes to go in line with the common styling in the domestic portfolio.

The Alturas G4 will pack a number of premium and safety features to shine above the competitors. It will come equipped with ventilated seats for the comfort of occupants while the nine airbags will likely be offered in the top-spec 4WD trim.

It will also have Electronic Stability Programme with Active Rollover Mitigation system for ensured stability during slippery surfaces and on off-road stints. Sunroof is another highlighting feature of the Alturas G4 and it may be restricted to the top-end G4 trim. In comparison, it offers two more airbags, sunroof, seat ventilation and ARM compared to the Fortuner amidst having 120 mm longer wheelbase for more spacious cabin.