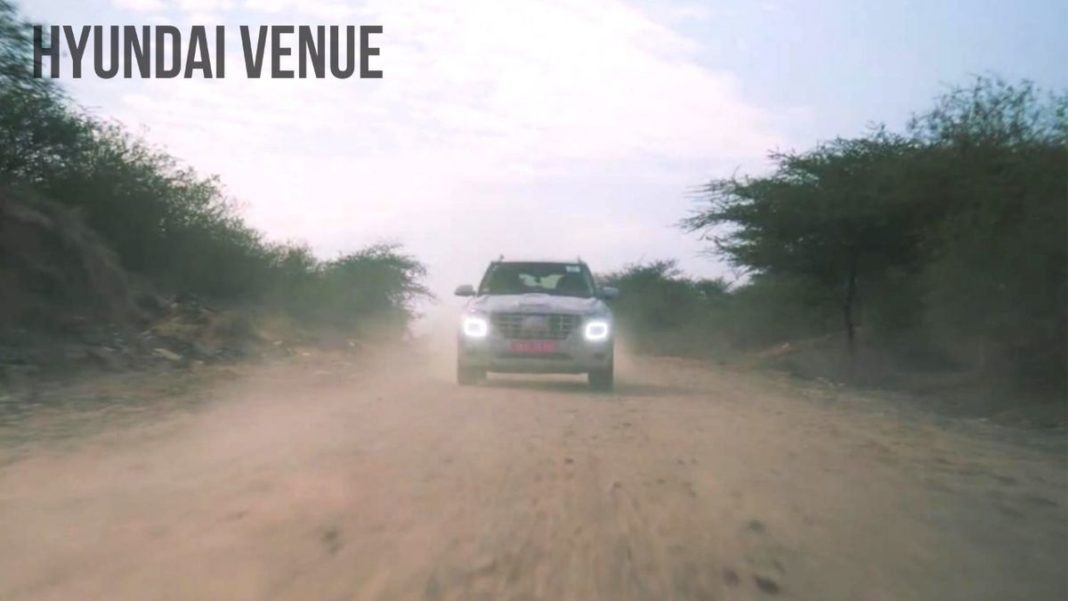 Hyundai has released a new teaser of its upcoming compact SUV Venue. The video shows that the prototypes testing in different parts of the country in various terrains and climate conditions. The teaser also revealed the LED DRLs and the headlamps are positioned in the middle of it while indicators are placed on the top of the hood.

The fog lamps are placed on the lower part of the bumper and this design theme is different from other Hyundai models. The Venue will make its global debut at the New York International Auto Show and India reveal is also expected to happen at the same time. The compact SUV is based on the same platform as Grand i10 hatchback.

The side design of Venue is similar to the Creta and the company might offer 17-inch wheels on the top-spec model while the rear gets new LED tail lamps along with a new bumper and faux silver finished skid plates. We can expect the company to offer Venue with dual-tone colour options as it is popular among customers.

The interior is expected to take inspirations from new Hyundai cars as the infotainment system might be placed on top of the dashboard and the steering wheel is expected to be a three-spoke unit. The quality of materials is expected to be really good and the compact SUV will be pack with lots of features to lure customers from its rivals.