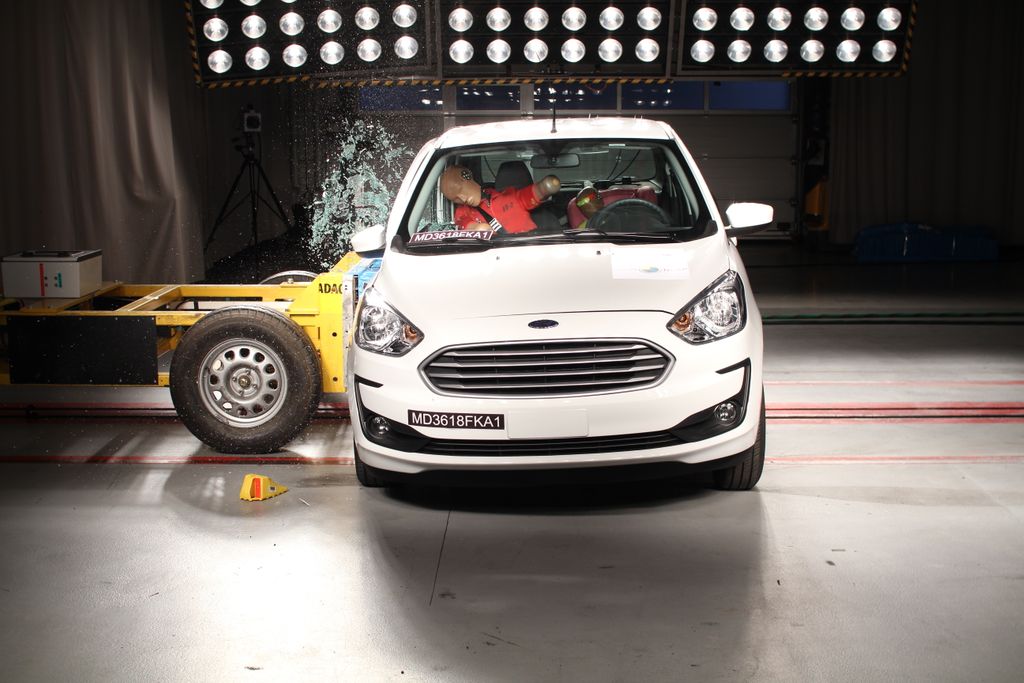 The Aspire facelift sedan has scored three stars for adult occupancy and four stars for child occupancy. During the frontal impact, the driver’s head bottomed out the airbag and the protection for the passenger was also good along with adequate protection for driver chest and protection for knees were marginal only.

The bodyshell of Aspire was rated stable and rear door opened during side impact test, which reduced the score. But the Aspire offered good protection for head and abdomen, while adequate protection for the pelvis. One of the areas, which get the least protection was chest and the compact sedan doesn’t come with ESC also.

Latin NCAP didn’t conduct side pole impact test as the Aspire didn’t come with curtain airbags as standard. Ford is going to launch the Aspire facelift in India on October 4 and it gets new bumper at front and rear along with tweaked chrome finished grille. The facelift model also comes with multi-spoke alloy wheels.

The major change for the interior is a new touchscreen infotainment system from EcoSport and it comes with Apple CarPlay and Android Auto with voice commands. The Aspire is loaded with features like climate control, multi-function steering wheel, electronically controlled exterior, reverse camera with parking sensors and more.

Ford Aspire will also get 1.2 L three-cylinder Dragon series petrol engine producing 95 hp of power and 120 Nm of torque. This engine is mated to a 5-speed manual and 6-speed automatic gearbox. The diesel engine will be the same 1.5 L unit producing 100 PS and 215 Nm. Ford is only offering manual gearbox option with the diesel engine.