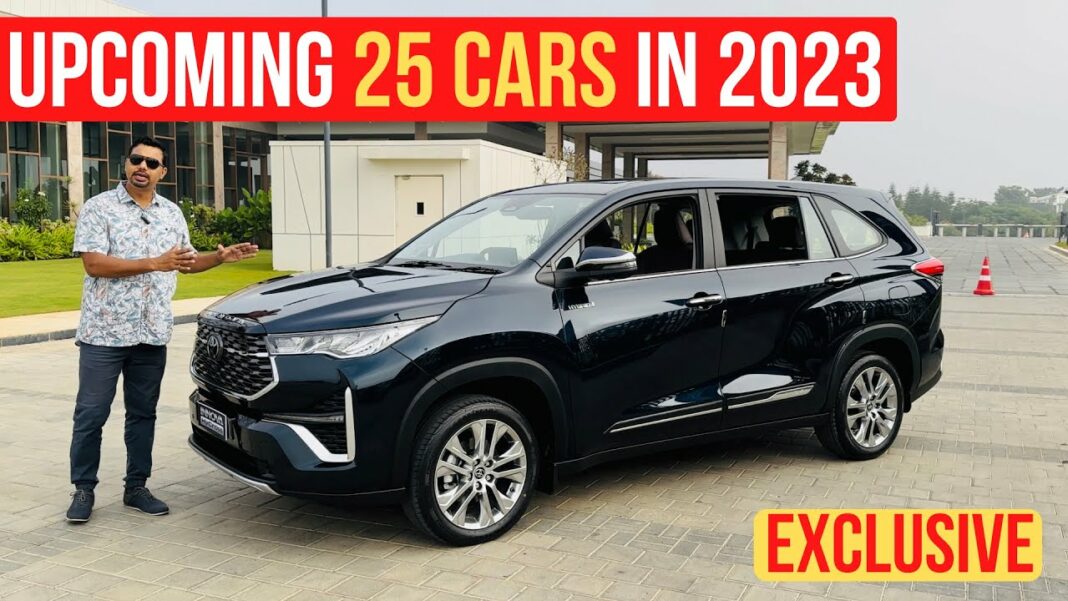 Big brands such as Maruti Suzuki, Hyundai, Tata, Mahindra, Kia, MG, etc will bring in brand new cars in the next calendar year

In the Indian automotive industry, the customer trend has often shifted over the years and we have seen manufacturers responding with varying ideas. Currently, the midsize SUV segment is the highly popular class out of them all and it will see plenty of action in the next calendar year as well. The 2023 CY will be a busy place to be as a host of new car launches are planned.

Maruti Suzuki will unveil the YTB compact crossover and five-door Jimny at the 2023 Auto Expo in January. The former is based on the same platform as the Baleno and will take its design inspiration from the Grand Vitara midsize SUV. It will have a coupe-like roofline and will be powered by a 1.0-litre three-cylinder BoosterJet petrol engine.

The five-door Maruti Suzuki Jimny will have a longer wheelbase compared to the global-spec three-door Jimny Sierra and it could be rebranded as the new Gypsy upon arrival. It will be equipped with the 1.5-litre K15B four-cylinder mild-hybrid petrol engine developing around 103 PS and 138 Nm of peak torque. It will be linked with a five-speed MT or a four-speed AT.

The YTB will go on sale around April 2023 while the Jimny will reach Nexa dealerships by August. The latter will take on the upcoming five-door Mahindra Thar and Force Gurkha. Maruti Suzuki will also launch its flagship MPV derived from the Toyota Innova Hycross in the second half of 2023 and it will sit on the modular TNGA-C platform.

The prices of the Innova Hycross will be announced in January 2023. The Japanese brand will likely introduce the badge-engineered YTB later next year while the updated Innova Crysta will also make its way to showrooms. Hyundai is expected to make a strong impact in 2023 with the arrival of the new generation Verna, a micro SUV, updated Grand i10 Nios, facelifted Creta and Ioniq 5.

Besides the above-mentioned cars, there are more waiting in the pipeline in 2023 including the updated Tata Harrier and Safari, Honda midsize SUV, Citroen C3 EV, MG’s compact Air EV, and facelifted Hector and Hector Plus. To see the complete list, check out the video linked above!