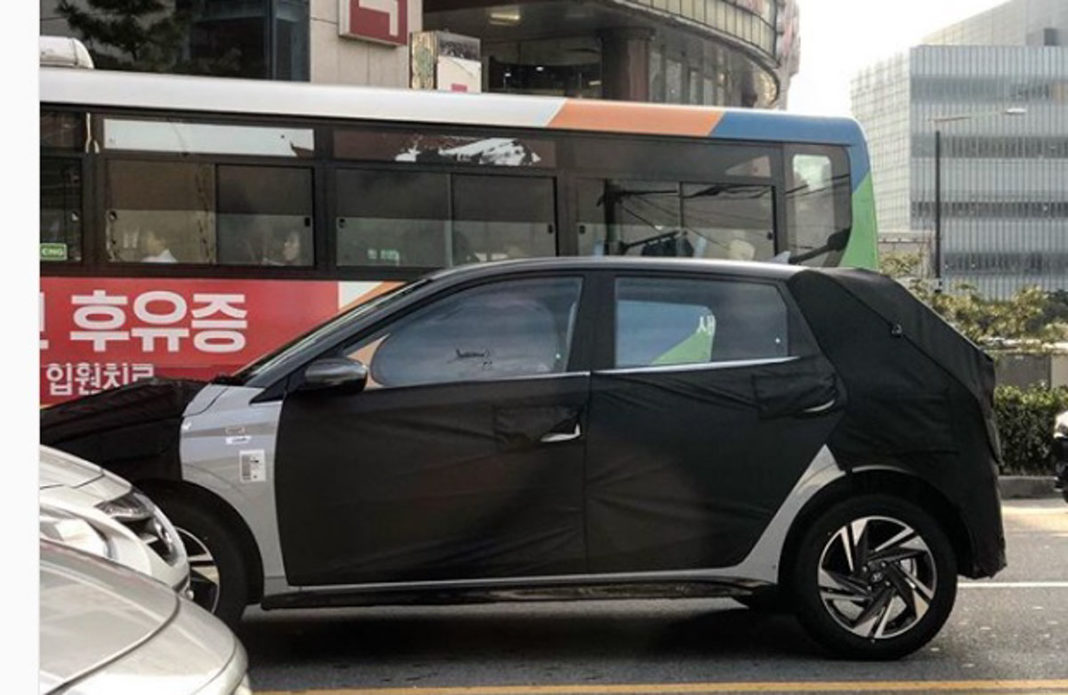 It is no secret that the brand new generation of the i20 is being tested not just in India but across Europe and South Korea as well. We already know several details about the upcoming hatchback from spy shots over the last few months. In the latest image, the 2020 i20’s new alloy wheels have been captured on camera.

The machine cut alloy wheels do bode well to the overall design of the i20 and it is expected to be offered only in the top-spec variants. On the other hand, Hyundai will stuff in more features into the equipment list to make the i20 a force to reckon with against the established as well as new crop of rivals.

In India, the Elite i20 has the Baleno as the arch-rival while the Tata Altroz is debuting in the coming months to give it a tough time. The high-end variants are also likely to boast LED headlamps with LED Daytime Running Lights. In short, the 2020 Hyundai Elite i20 has a matured stance than the current model known for its sporty exterior.

The headlamp cluster, front grille, bumpers up front and rear, tail lamps, etc are crafted to bring forth a more appealing demeanour. The side profile of the third generation i20 looks identical to the current model suggesting that no dimensional changes are on the cards this time around.

Details regarding the hatchback’s interior are sparse at the moment but we expect it to have a revised dashboard, centre console and steering wheels. To make the range-topping models more attractive, a large touchscreen infotainment system could be added and it could feature Blue Link connectivity as the recently launched Venue.

The next-generation Hyundai Elite i20 could make its public premiere at the 2020 Auto Expo next February before going on sale. As for the performance, the existing 1.2-litre naturally aspirated petrol engine will be updated to meet BSVI emission standards while the future of the 1.4-litre turbo diesel remains uncertain. Hyundai will likely introduce the N variant in India as well in the near future.