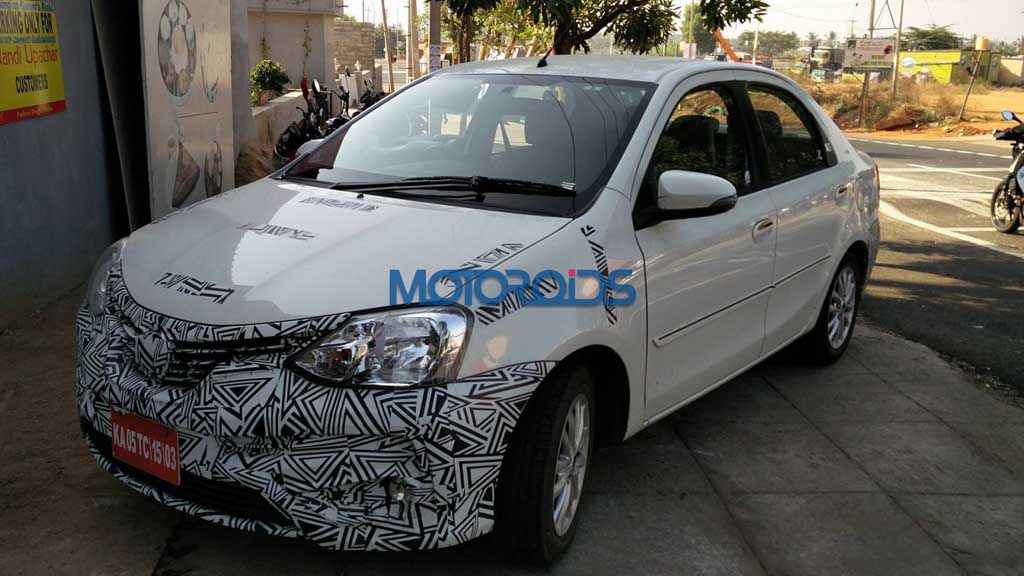 Toyota Kirloskar Motors launched the Etios in 2010. Four years later the automaker launched a refreshed Etios, and then the Etios Liva hatchback. Now, after two years of the launch of 2014 Toyota Etios, the Japanese automaker seems to be working on a facelift version of Etios with significant changes onboard.

Recently a test mule of the facelift Toyota Etios was spotted with camouflage on front and rear alongside several other places as well. As the test mule suggests, the upcoming Toyota Etios facelift might get updated front and rear bumpers. The front grille gets a new four slatted design with shrunken appearance. The rear of the car might get a chrome strip joining the taillights, as the spyshots suggest. The changes will be inside the cabin as well. The steering wheel cap might get an update, as it was camouflaged. The test mule spotted was bearing a 5 speed manual gearbox.