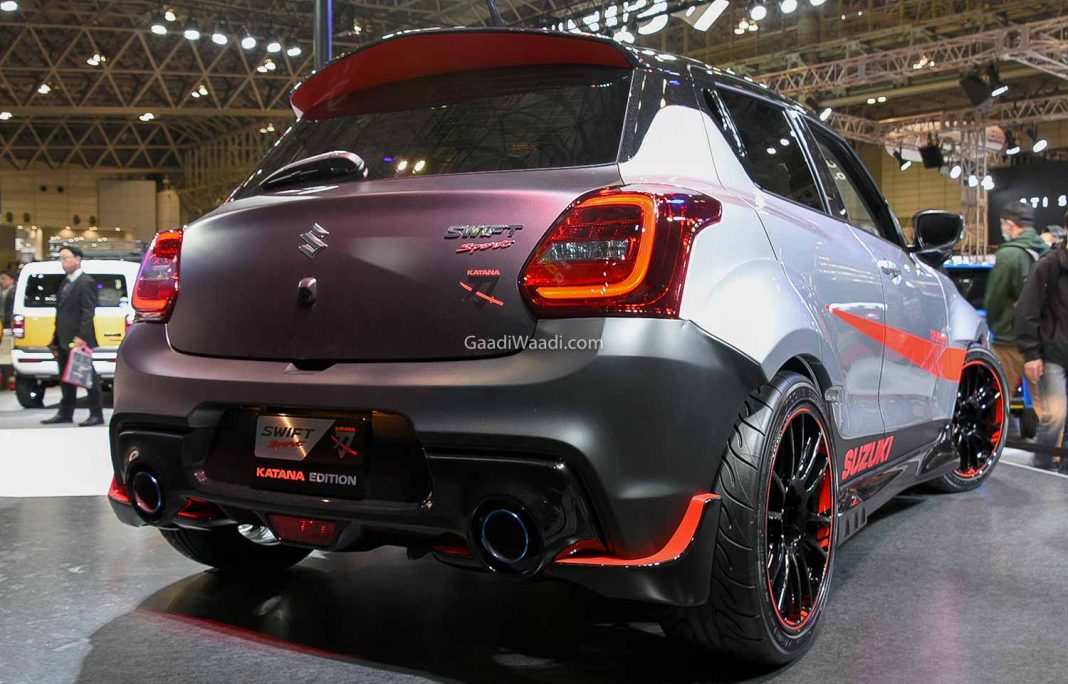 There’s no denying the fact that the Suzuki Swift is indeed, a handsome looking hatch itself. Then comes the Swift Sport with additional sporty cues in and around the cabin. However, the aggressively styled new Swift Sport Katana Edition will leave you startled.

Suzuki had earlier launched 30 units of the Swift Sport Katana Edition last year, exclusively for the Dutch market. However, the new version showcased at the ongoing Tokyo Auto Salon 2020 takes it a few notches above, with a custom body kit, fender fares and more.

The Swift Sport Katana Edition pays tribute to the iconic Katana motorcycle, and hence, gets the same Premium Silver Metallic paint scheme as the original bike. The hatch sports a large all-black grille up front, along with a red chin spoiler and smoked projector headlamps. 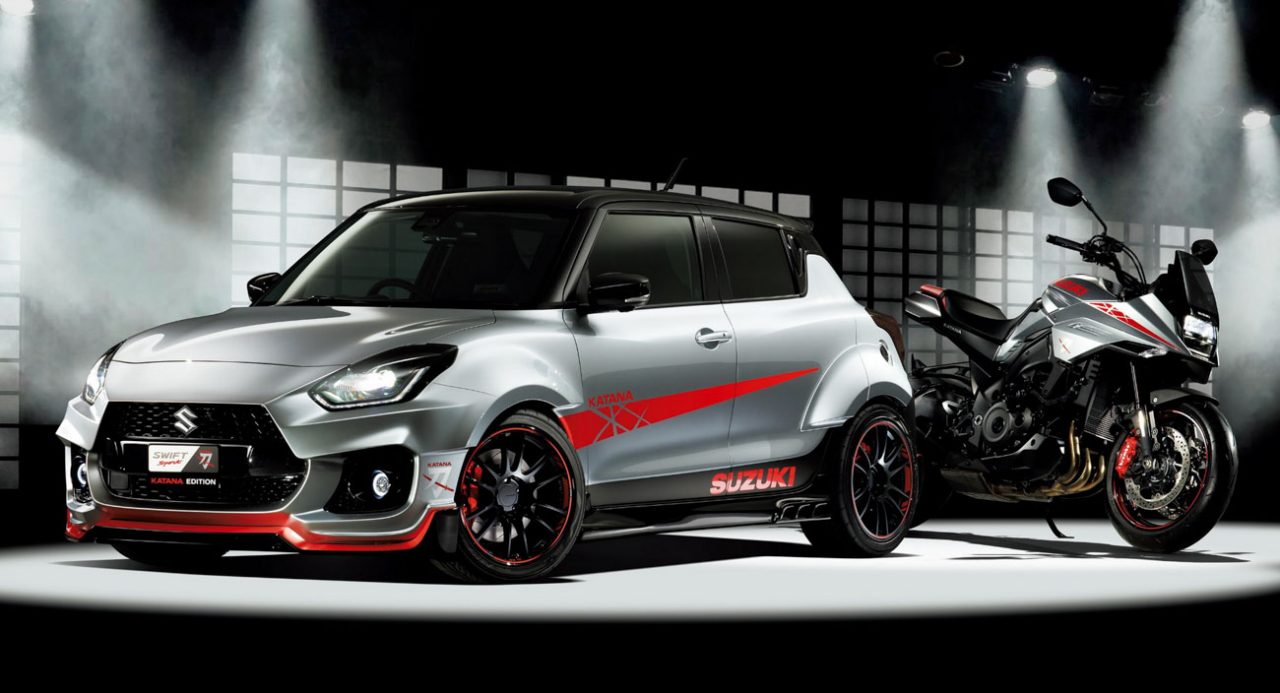 The side skirts, the roof, as well as the alloys are all painted black, and red brake calipers can also be seen. The limited-edition car also gets ‘Katana’ themed decals on the sides.

Inside the cabin, a gradient titanium trim can be seen on the dashboard, the door cards and the center console as well. The seats, the steering as well as the gear lever feature contrasting red stitching.

The Swift Sport Katana Edition’s powertrain(s) have not been revealed as of yet. The regular Swift Sport comes with a 1.4-litre Boosterjet turbocharged four-cylinder petrol engine which makes 138 hp of max power and 230 Nm peak torque. The engine comes mated to a 6-speed manual, or 6-speed automatic transmission. 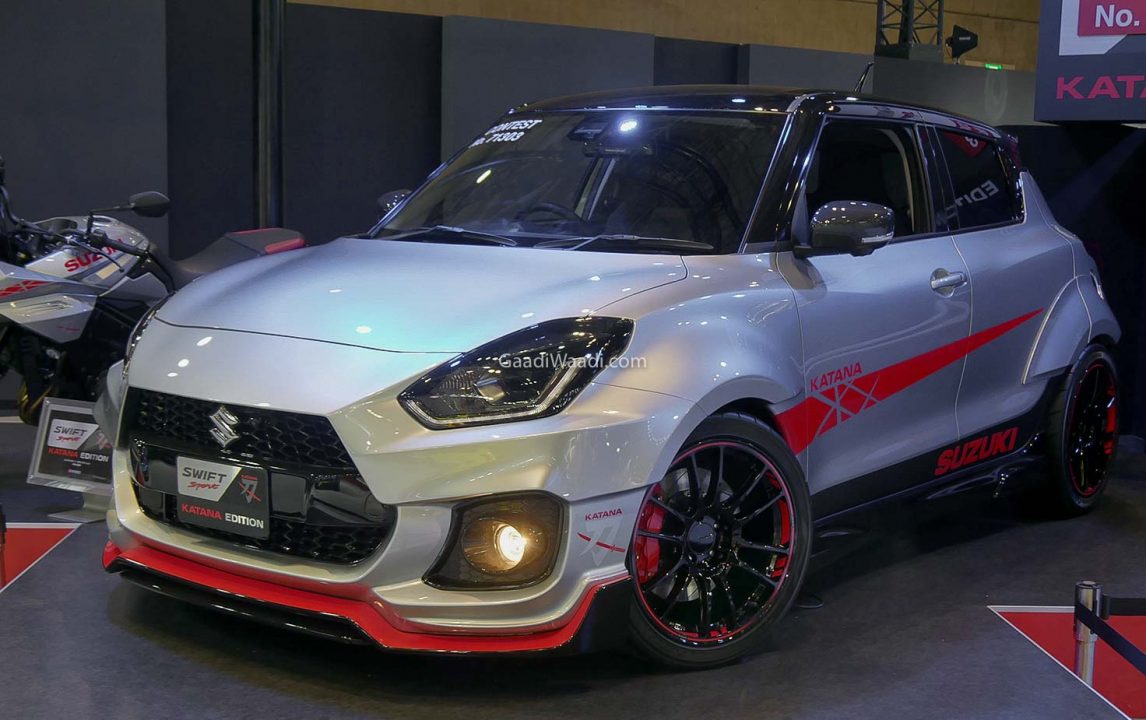 If launched, the Swift Sport Katana will likely be a limited-edition model and an Indian launch is out of the question. However, there is no announcement about launching the Swift Sport in India either.

The Indian-spec Swift comes with a BS6-compliant 1.2-litre naturally aspirated four-cylinder petrol engine that makes 83 hp, along with a BS4 1.3-litre diesel mill, which produces 75 hp power. The latter is set to be phased out once the BS6 emission norms come into action on April 1 this year.