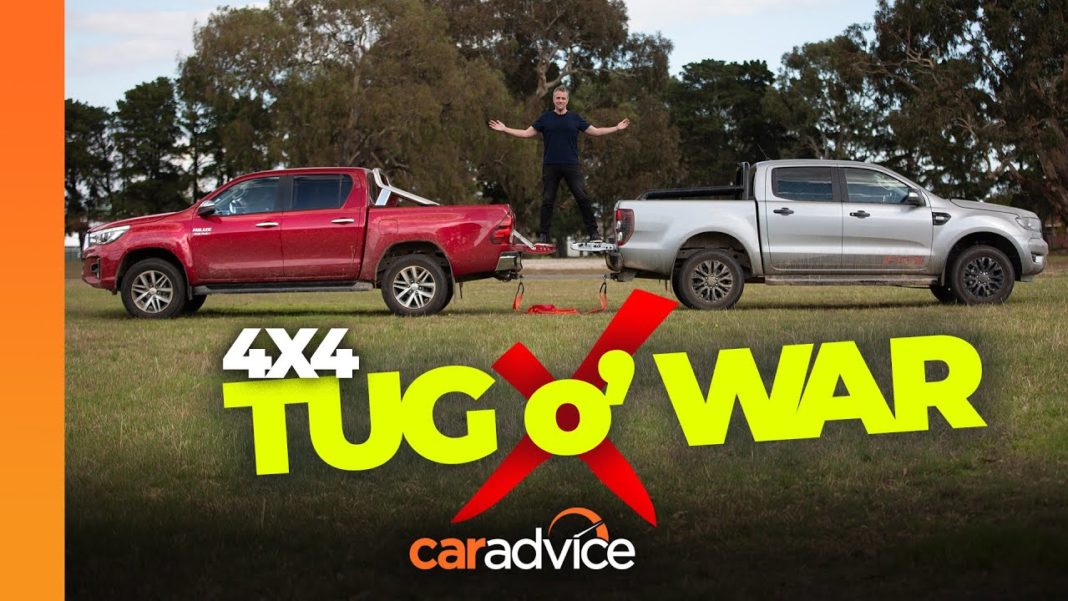 Toyota is considering bringing the Hilux to the Indian market as a lifestyle pickup truck, but the demand for such vehicles in the country is pretty scarce as of now

The Ford Ranger and the Toyota Hilux both are Australia’s highest-selling utility vehicles, and they are so evenly matched that the difference in sales numbers in the past 5 years is a mere 1000 units (approx). The rivalry between the two pickup trucks is one of the fiercest competitions in the entire Australian automobile market.

While one excels in certain aspects, the other one is better in terms of others. In order to see which one is the superior out of the two, CarAdvice.com decided to make the Toyota Hilux and the Ford Ranger battle it out in a tug-of-war. It should be noted that a competition like this is not highly reliable, and the actual reason to conduct this battle is to have fun!

Take a look at this video of the tug of war between the Hilux and the Ranger uploaded on CarAdvice.com’s official YouTube channel –

No changes have been made to either of the utes, and are running on their respective recommended tyre pressures. The strap used that has been used to hook the two cars together is a 8,000 kg-rated winch extension strap which is joined with a hitch receiver shackle to each of the car’s tow hitch.

The Hilux used here gets a 2.8-litre four-cylinder turbo diesel engine that belts out 177 PS power and 450 Nm of torque. On the other hand, the Ford pickup truck comes equipped with a 3.2-litre five-cylinder oil burner which makes 200 PS of max power and 470 Nm of peak torque. However, it should be noted that the Ford Ranger has a weight advantage, since it weighs 2230 kg, while the Hilux weighs 2045 kg.

The first test is performed with both the cars in rear-wheel-drive mode with traction control off. However, this battle ends up with both the Hilux and the Ranger spinning tyres on their respective positions. Next up, the low-range four-wheel drive with rear differential locks was engaged, and a new patch of ground was chosen.

However, there was no winner in the second test either. As mentioned earlier, tug of wars aren’t very reliable in determining a real winner between two cars since a lot of aspects have to be taken into consideration. However, this battle does prove that the Ford Ranger and the Toyota Hilux