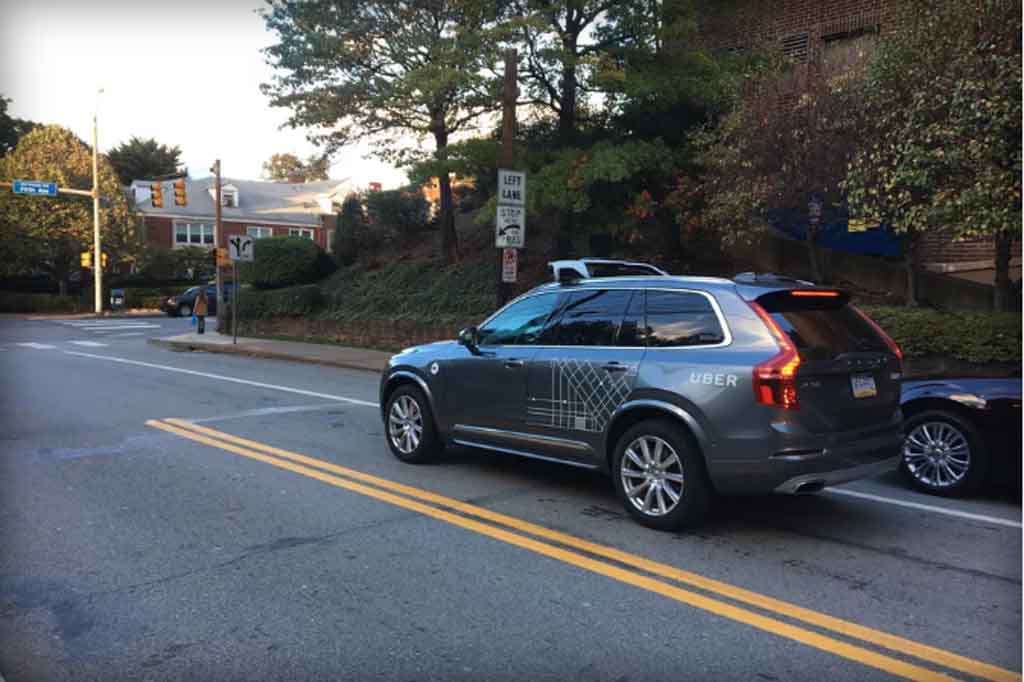 Uber ordered 100 self driving Volvo XC90 SUVs for its fleet in August; spotted testing in Pittsburgh for the first time

Self-driving Volvo XC90 for Uber’s self-driving vehicle fleet has been spotted in Pittsburgh for the first time. The app-based shared mobility service provided a total of 100 Volvo XC90s in last August. It not clear yet though whether Uber is testing the car out in wild or using it to pick up and drop off passengers.

Uber is building a self-driving vehicle fleet to provide the customers an unique experience in shard mobility sector. For that the company has ordered both small vehicles and large ones as well. For small vehicles Uber purchased self-driving Ford Fusions, which has started ferrying a select number of passengers around Pittsburgh since early September this year.

Though Uber don’t discuss the progress of its self-driving vehicle flee, but the self-driving Ford Fusions can be identified unmistakably with their ‘Uber’ lettering stenciled on the sides and a range of cameras and sensors sitting on the roof helping the cars to navigate on roads. Also a few mishaps have been reported with these vehicles, but no injuries have been reported so far.

Volvo has been known for their aggressive research and development process in the field of autonomous driving technology. The company has been also known for making the safest cars in the world with their range of technologies and safety features. Volvo XC90 being the flagship SUV from the automaker comes equipped with such technologies and safety features. Volvo XC90 is also known for its extreme luxurious features and comfort on offer. The XC90 is built on the Swedish automaker’s all-new Scalable Product Architecture (SPA) platform, which is shared with S90 and V90 models as well. The SUVs reported to be belonging to Uber’s self-driving vehicle fleet has been seen with a range of cameras and sensors. Also, these cars come with Uber lettering at the sides of the cars.