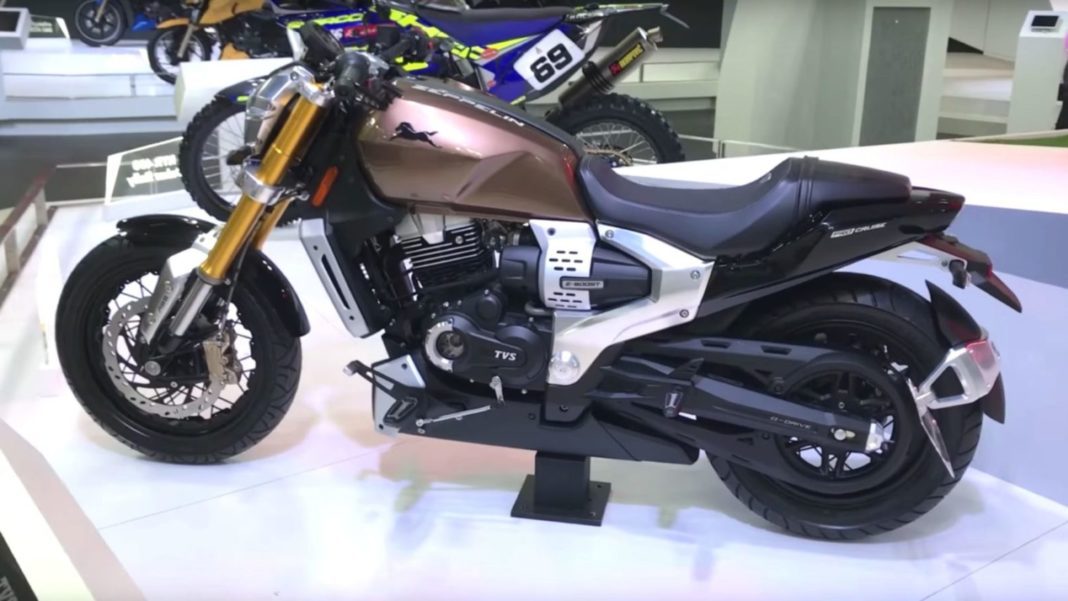 TVS will introduce a new motorcycle on July 6, likely to be named Ronin, and the internet is abuzz with a lot of speculations about it

TVS Motor Company is planning to launch a brand-new motorcycle in the Indian market on July 6. This new model is expected to be named ‘Ronin’, and there are plenty of speculations about what it could be. Some reports suggest that this could be the production version of the Zeppelin concept, which was showcased back at the 2018 Auto Expo.

We took a look around at all the speculations and details available, and here’s what we expect to see on the motorcycle.

Last year, a TVS test motorcycle with a retro-inspired design was spotted testing. The motorcycle looked very unique, although the full-body disguise helped hide the overall styling. A recent spy picture did reveal that it will get a round LED headlight, with an integrated T-shaped LED DRL.

An LED headlamp (with an LED DRL) is confirmed, but the rest is just speculation at the moment. We believe that the motorcycle will also get a fully-digital instrument console, LED taillights, alloy wheels, disc brakes (with dual-channel ABS), USD front forks, rear monoshock, etc. TVS Ronin will have a relaxed riding position, although we’re not sure if it will have a feet-forward riding posture or an upright roadster-like posture. 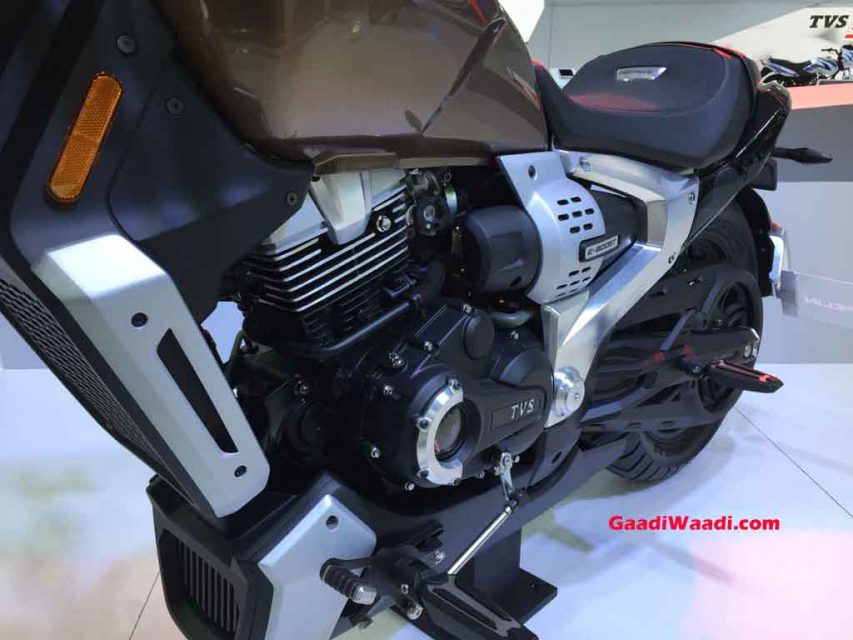 With a 300+cc engine on its retro-style motorcycle, TVS would be able to compete with the likes of Royal Enfield Classic 350, Honda CB350 H’ness, Jawa, Benelli Imperiale, etc. If launched with a smaller engine, TVS will be a rival to Bajaj Avenger instead.

There is no word on the pricing yet, but we do expect it to be priced at a premium. TVS Ronin will likely be priced around Rs. 1.5 lakh to Rs. 2 lakh, if it ends up being a 200-250cc motorcycle. If it gets the 312cc engine instead, the price will be much higher – likely around the Rs. 2.5 lakh mark.