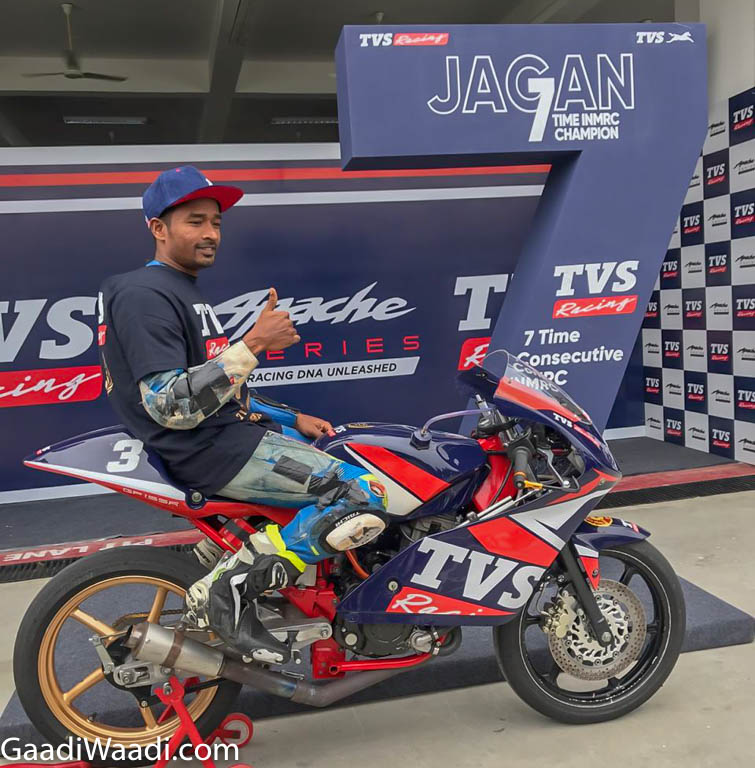 He was consistent throughout the campaign by tallying a total of 158 points to clinch the ultimate title in the fiercely competitive Group B Super Sport Indian class for up to 165 cc. TVS Racing took home the honours in both manufacturer and team’s championship courtesy of the pile of points bagged by champion Jagan Kumar as well as other key racers KY Ahamed and Deepak Ravikumar.

The 30-year-old Jagan Kumar is part of the famed TVS Racing for nearly a decade and competed in the Indian National Motorcycle Racing Championship for the first time in 2011. Jagan Kumar has remained undefeated this year for the title and acknowledged that this season was the toughest for him from a personal point of view, as Honda’s Rajiv Sethu finished second in the championship very closely with 145 points and Mathana Kumar with 130 points. 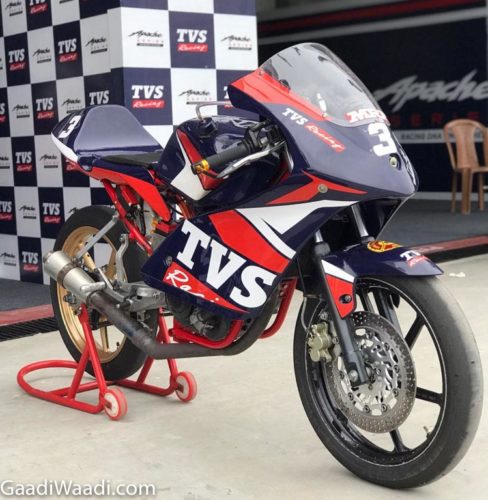 However, he was happy to have used all his experience to come out on top. He lauded his entire team of engineers and mechanics for equally contributing while on his way to success. TVS Racing’s Team Manager B. Selvaraj also credited the success in the manufacturer’s championship to KY Ahamed and Deepak Ravikumar as they performed really well this season.

In the TVS One Make Championship, Karthik Mateti won from Anand R and A S Alexander on race one in the Novice category with race-prepped Apache RTR 200. The second race saw Anand beating A S Alexander and Anish Samson for victory. 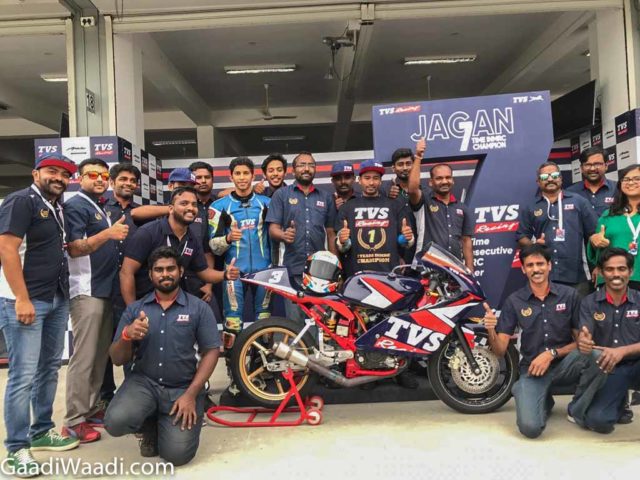 In the RR310 cup, eventual champion Deepak Ravikumar got the better of Peddu Sri Harsha and Amarnath Menon K on race one. He again took the chequered flag ahead of Kannan K and Amarnath Menon K in the second race. 2018 champ Ann Jenifer AS clinched the top spot from Ryhana Bee and Lakiya R on the race day.