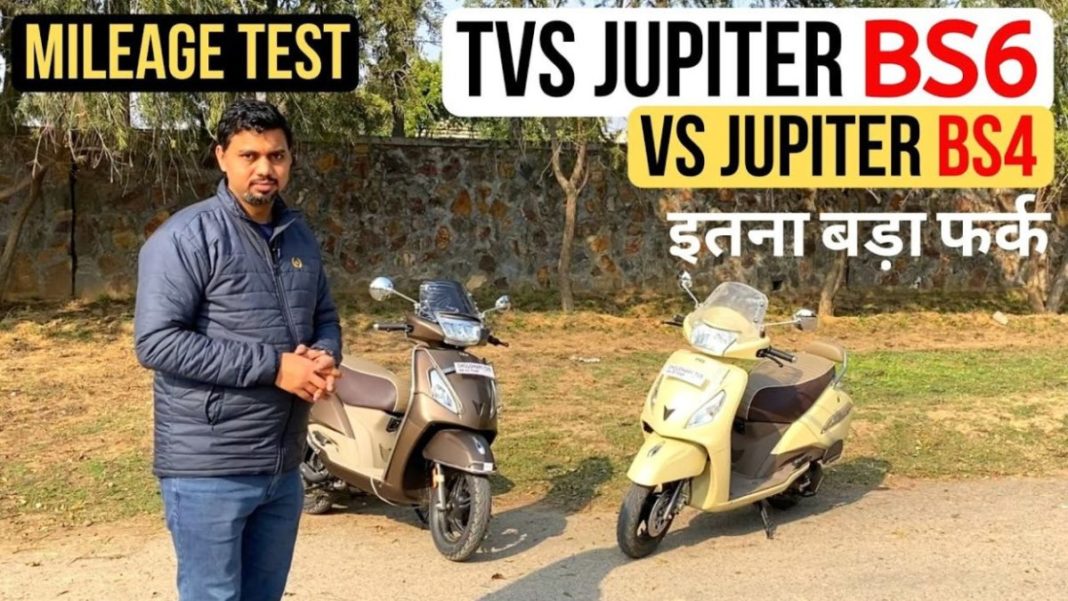 The Jupiter has been a consistent seller for TVS in the volume space for more than six years and it was the fastest to reach ten lakh sales milestone in the space of just 30 months. The BSVI compliant scooter builds on its reputation and popularity of the nameplate and comes with several improvements that have been explained in our video.

TVS Motor Company launched the BSVI compliant Jupiter in the Indian market towards the end of November 2019 and it features the new ET-Fi (Ecothrust Fuel injection) technology. With notable differences compared to the BSIV model, we put both of them together for a comparison and let readers know what the changes are along with mileage difference.

The homegrown two-wheeler manufacturer has claimed that the Jupiter BSVI version is good enough to return 15 per cent higher mileage compared to the outgoing BSVI model. In our comparison though we found that the difference in fuel economy is as much as 30 per cent as the BSVI Jupiter is more frugal.

Other improvements in the 2020 TVS Jupiter include refined engine, better startability as well as better driveability, courtesy of smoother power delivery, along with increased performance characteristics. The BSVI TVS Jupiter Classic ET-Fi is priced in India at Rs. 67,911 while the Base, ZX and Grande are the other variants on offer with prices starting from Rs. 61,449 (both prices ex-showroom, New Delhi).

The updated Classic derives power from the same 110 cc engine, which is good enough to develop a maximum power output 7.9 bhp at 7,500 rpm and 8 Nm of peak torque delivered at 5,500 rpm. It is connected to a CVT automatic gearbox and comes with TVS patented Econometer, Eco and Power modes.