It is no secret that TVS Motor Company is planning to make a big impact in the electric two-wheeler segment. It is working on a range of new offerings for the two- and three-wheeler classes across different BEV architectures according to a recent report that emerged on the internet. While speaking at the AGM, Sudarshan Venu, Managing Director, TVS Motor Company confirmed the matter.

He noted that the Hosur-based company would introduce products both for the Indian as well as foreign markets as it aims to take advantage of the big opportunities that EVs present. In the two- and three-wheeler space, Venu said TVS would launch “electric vehicles in the 5-25 kilo watt hour range,” on the back of updating the iQube recently.

The biggest news coming out of his AGM talk is that TVS is working on an electric two-wheeler platform in association with BMW Motorrad in the sub 15 kWh range. TVS’ subsidiary, the UK-based Norton, is also developing an electric superbike and Venu explained that it will be his brand’s basis for “a play in the luxury EV segment in developed markets,” 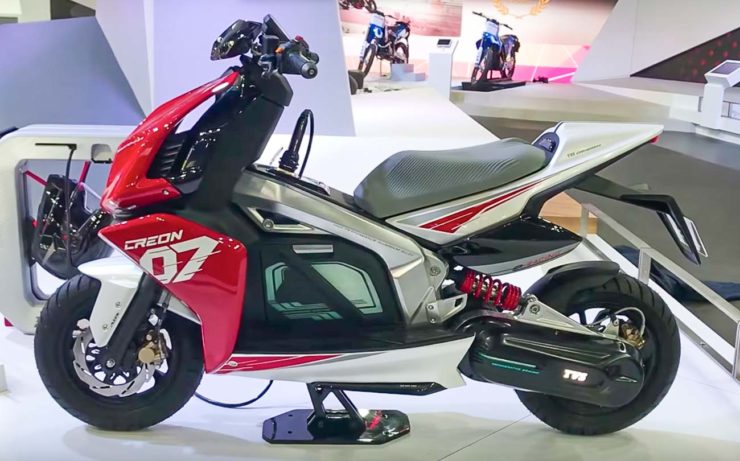 Over the last several months, TVS has been keen on expanding the reach of the iQube electric scooter across the country and it reflects in its sales numbers. In FY2021-22, the company sold more than 10,700 units of iQube. To tap into Europe’s electric mobility growth, TVS bought the Swiss E-Mobility Group and EGO Movement and they will play a significant role in its expansion plans globally.

Norton recently revealed the V4SV superbike with race-level performance, lightweight handling and touring range to take on Ducati. With UK government funding in place, Norton also announced the electric superbike project, spanning a period of two and a half years, and it has partnered with Delta Cosworth, the University of Warwick, Formaplex Technologies, and others.

Last month, TVS brought in new variants of the iQube with bigger battery pack and longer riding range. The top-spec iQube ST has a claimed riding range of 140 km on a single charge.