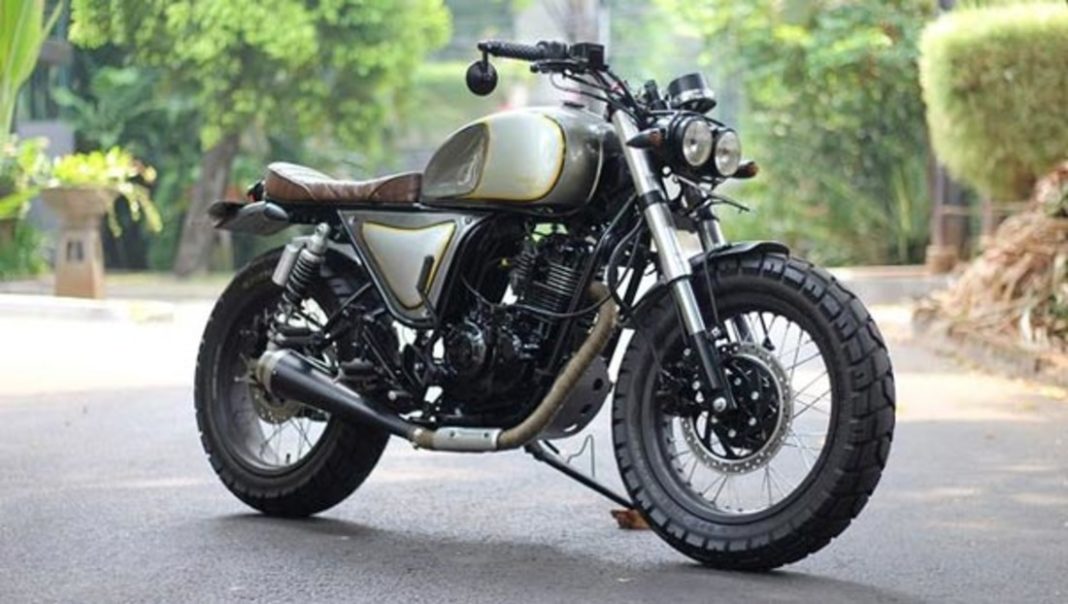 Check out this modified TVS Apache RTR 160, which has been turned into a handsome scrambler-style motorcycle

TVS Apache is an extremely popular motorcycle in India, known for its great performance and brilliant handling. The motorcycle consists of a few different models, all suited to different budgets. Interestingly, the popularity of the Apache extends beyond our borders, to other countries as well! Here, we have a TVS Apache RTR 160 from Indonesia, which has been customised into a scrambler.

This bike has been built by Brilliant Custom Motorcycle, a motorcycle garage in Indonesia. The Apache has gone through a lot of changes, and is barely recognisable now! At the front, the headlamp has been replaced by two small custom ones, and the instrument cluster now consists of a single-pod speedometer.

Upside-down front forks have been added to the bike, along with a new hand-built custom fuel tank. The exhaust has been wrapped nicely, and gets a new, shorter end can. The rear suspension seems to be the same gas-charged dual shockers and the stock bike, but with slight adjustments to accommodate the larger tyres. 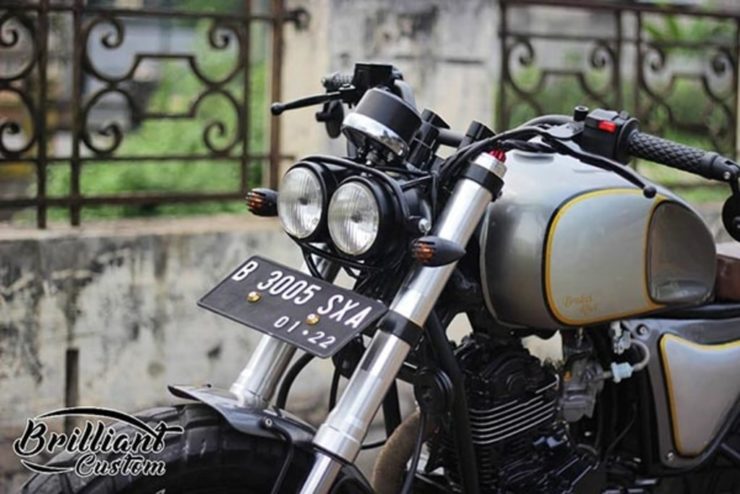 The dual-purpose Shinko Trail Master tyres are shod on to pretty-looking wire-spoke Rossi wheels. The tail section has been chopped short, and a tiny new taillight has been added to it. The single-piece seat looks good as well, its brown leather gelling well with the dual-tone green and silver paint of the bike.

The engine and the frame, however, have been blacked out, adding another depth to the visuals of the motorcycle. The handlebar gets bar-end mirror on both sides, which look extremely pretty. A bash plate has also been added, to protect the underbelly of the bike. Thus, this customised TVS Apache not only looks good, but is functional as well. 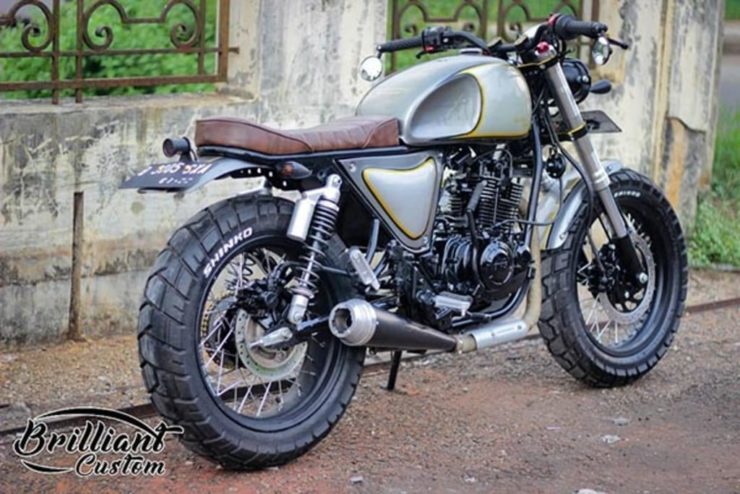 The engine remains unchanged though; this 159.7cc, air-cooled, single-cylinder, carburetted motor is capable of developing a maximum power of 15 HP (at 8,500 rpm) and a peak torque of 13.1 Nm (at 6,500 rpm). Transmission duties are handled by a 5-speed sequential gearbox. The total cost of this mod job by Brilliant Custom Motorcycle is reported at IDR 3 Million (around INR 15,500).