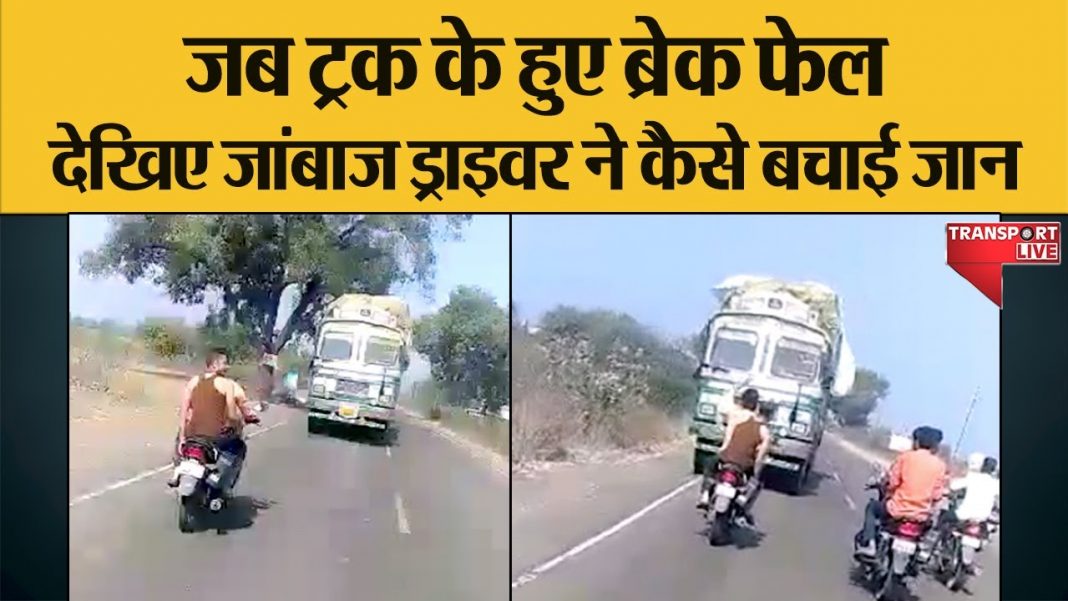 The truck driver was praised for his heroics after he managed to drive the truck in reverse for 3 km after the brakes had failed, and finally bringing it to a halt without injuring anyone

A bizarre incident involving a truck driver was shot on camera recently, and his actions earned him some headlines. Transport Live has reported about an incident on their YouTube channel involving a truck with its brakes failed. The incident took place on Jalna – Sillod road of Maharashtra, and the driver’s bravery is being well appreciated.

It has been reported that the driver could not engage the first or second gear because the truck wasn’t in a stationary position. Hence, he decided to slowly drive the truck in reverse gear until he found a safe way to stop it. In the video, a number of bikers can be seen clearing the way for the truck driver, and warning the oncoming traffic about the situation.

The truck went on to cover 3 whole kilometers in reverse before finally coming to a halt, and that too without brakes. That surely wasn’t easy, considering the size of the truck and the fact that there were no ‘safety features’ equipped on the truck like reverse parking sensors or a camera to guide him and avoid hitting the oncoming traffic.

Brake failure is probably one of the worst situations you can get in while driving a vehicle, but there are a few ways that you can avoid an accident. If you are in slow speeds, you can pump the brakes rapidly to make them work. Further, downshifting to smaller gears will help slowing down the vehicle, thanks to engine braking.