Toyota Hyryder will be officially launched In August, 2022 and it could be priced between Rs. 9.5 lakh and Rs. 19 lakh (ex-showroom)

Toyota Kirloskar Motor (TKM) revealed the Urban Cruiser Hyryder a few weeks ago and its market launch will happen officially in August. The mass production of the midsize SUV will begin next month and it will be rolled out of the brand’s manufacturing unit in Bidadi, Karnataka where the Maruti Suzuki Grand Vitara will also be produced.

The display units of the Hyryder are reaching showrooms across India and the bookings have commenced as well. We do expect the Toyota Urban Cruiser Hyryder to be positioned aggressively in India as it could be priced between Rs. 9.5 lakh and Rs. 19 lakh (ex-showroom) and it will share the mild-hybrid powertrain with Maruti Suzuki.

It will be retailed in E, S, G, and V variants while the strong hybrid powertrain emerging out of Toyota’s expertise in this field will be available in S, G, and V grades. The 1.5-litre K15C DualJet four-cylinder mild-hybrid petrol engine is good enough to generate a maximum powerful output of 101 bhp at 6,000 rpm and 135 Nm at 4,000 rpm. 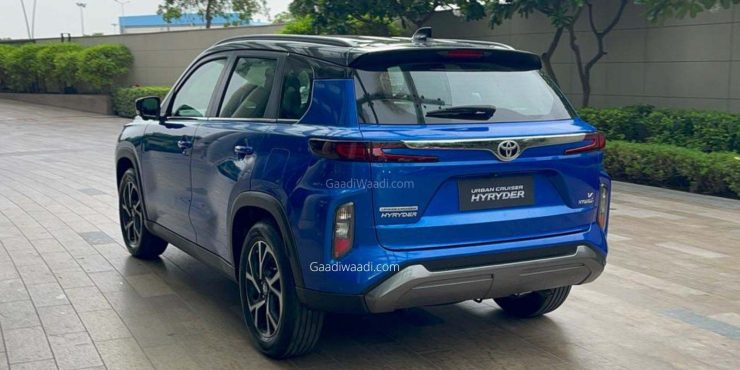 The engine, which can also be found in Maruti Suzuki Ertiga, XL6 and new Brezza, is paired with a five-speed manual or a six-speed torque converter automatic transmission. An AWD configuration will be sold only with this engine. The first-in-class strong hybrid engine is equipped a 1.5-litre TNGA Atkinson Cycme petrol engine with THS (Toyota Hybrid System and it uses an e-drive transmission.

The petrol engine is good enough for 91 bhp and 122 Nm of torque. The electric motor is capable of 79 bhp and 141 Nm of torque and the combined power output stands at 114 bhp. The self-charging strong hybrid setup allows for a dedicated EV mode and it will have higher fuel economy than regular ICE midsize SUVs. The Hyryder will be offered in seven single-tone and four dual-tone paint options. 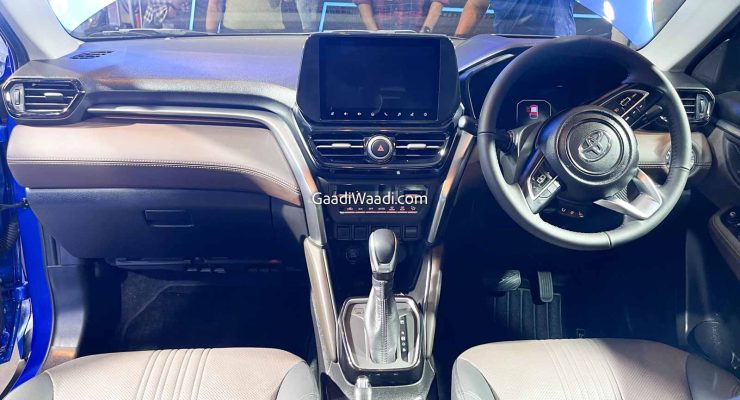 It will be loaded with features such as a nine-inch touchscreen infotainment system with wireless Apple CarPlay and Android Auto connectivity, a semi-digital cluster with a large MID, layered dashboard, black and brown interior theme, automatic climate control, heads-up display, a 360-degree camera system, six airbags and so on.