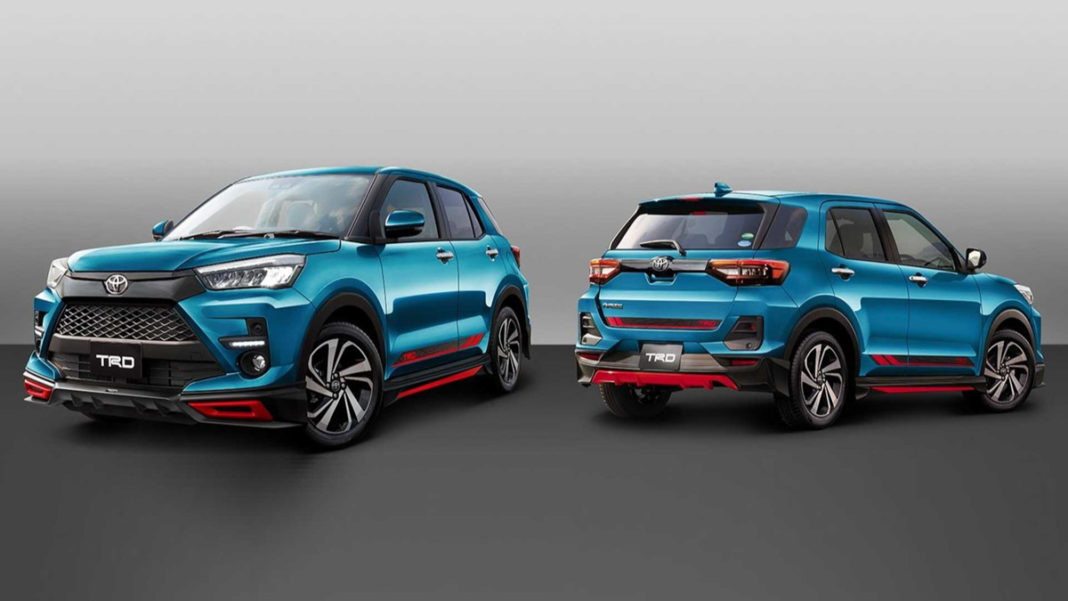 It has been barely a week since Toyota launched the Raize compact SUV in the Japanese market and the TRD division has already jumped on to it. Along with Modellista, the tuning firms have worked their magic once again and made a regular model absolutely bonkers.

Despite having several commonalities with the Daihatsu Rocky, the Raize does have a charm of its own. The TRD and Modellista tuners have only catapulted its sharp yet rugged design. The sub-four-metre SUV has become more appealing and luring in every sense of the word with the range of upgrades introduced.

TRD (Toyota Racing Department) has gone on about upgrading the exterior with the addition of dual-tone elements, new front spoiler with matte black finish, the signature contrast red highlights, two-tone side skirts and contrast bumpers up front and rear. 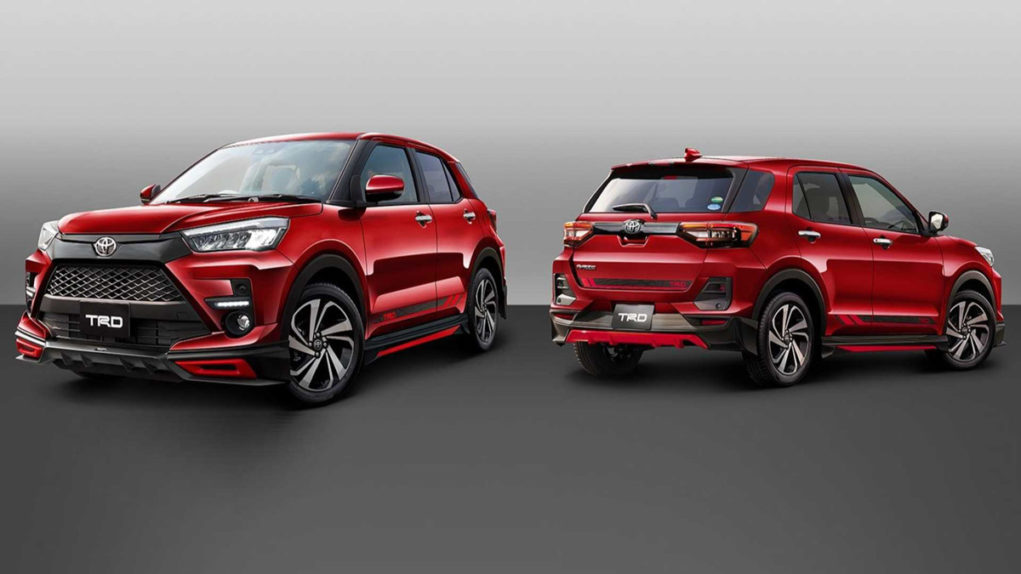 The Raize TRD looks low slung courtesy of the sporty body kit while black and red decals can also be seen on the doors as well as the lower part of the side skirts. Other TRD elements include TRD luggage mate, TRD-branded red start/stop button, and so on. The more aggressive Toyota Raize Modellista kit brings more onto the table. 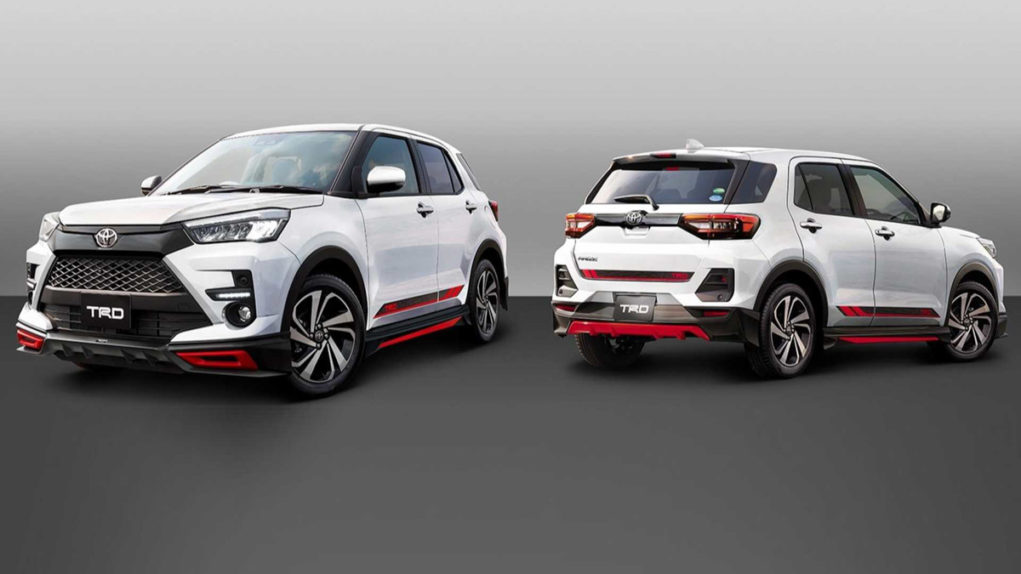 With no mechanical changes made, the five-seater is powered by the 1.0-litre three-cylinder petrol engine producing 98 horsepower. The Raize can be had in either 2WD or 4WD configuration. It comprises of a large touchscreen infotainment system with Apple CarPlay and Android Auto connectivity, automatic climate control and cruise control among others.