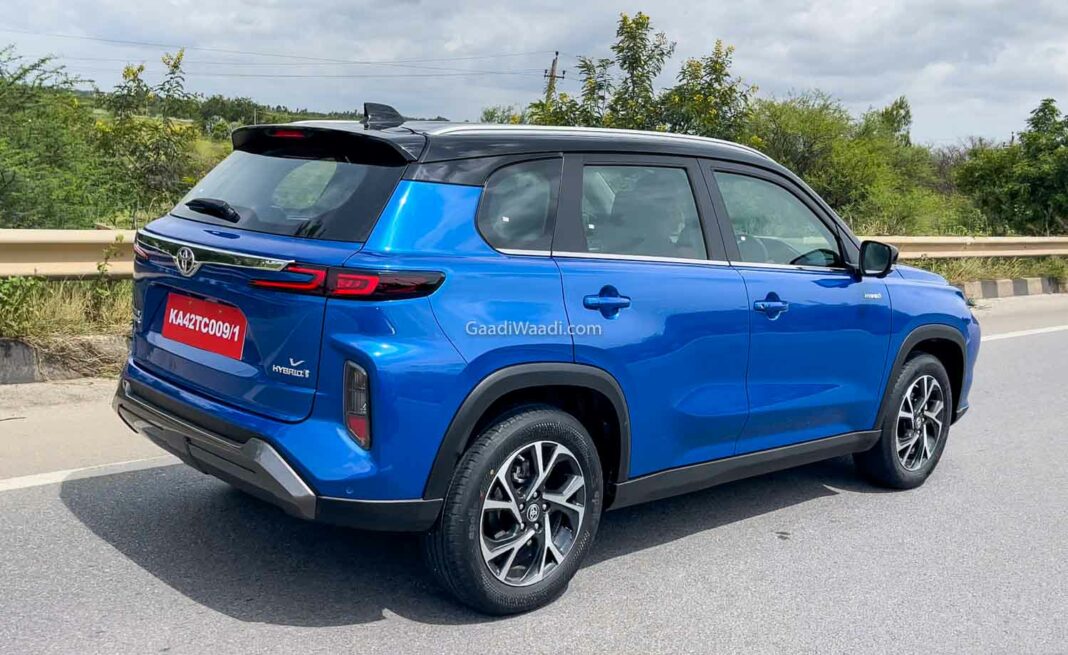 Toyota recorded a total of 15,378 units last month against 9,284 units during the same period last year with a YoY growth of 66 per cent

Toyota Kirloskar Motor (TKM) has today announced the sales tally for the month of September 2022. The Japanese auto major sold a total of 15,378 units last month against 9,284 units during the same period last year with a YoY positive volume growth of 66 per cent. Earlier this month, the prices of the top four grades of the Urban Cruiser Hyryder were announced.

Only a few days ago, the prices of the rest of the variants in the series were revealed. Amidst healthy growth, the FY sales between April and September 2022 have witnessed an impressive surge of 68 per cent on a YoY basis. Speaking on the sales performance for the month of September 2022, Atul Sood, Associate Vice President, Sales, and Strategic Marketing, TKM said,

“Our segment leading models like the Fortuner, Legender and the Innova Crysta Petrol continue to garner customer orders whilst models like the cool new, Glanza continue to clock promising wholesales as well as customer orders”. He noted that bookings for the Hyryder are “exceeding beyond” expectations and the dealer dispatches have already begun ahead of the customer deliveries this festive season.

Toyota’s sales numbers are expected to increase further in the coming months as the new generation Urban Cruiser is believed to launch before the end of this calendar year. In addition, the all-new Toyota Innova HyCross (Zenix in Indonesia) will make its global debut around November and it could go on sale in India in early 2023.

The third generation Toyota Fortuner will reportedly arrive in the near future as well. The company has competitively priced the Hyryder as the midsize SUV costs Rs. 10.48 lakh for the base variant and it goes all the way up to Rs. 18.99 lakh for the range-topping model (both prices, ex-showroom).

It has plenty in common with the Maruti Suzuki Grand Vitara including the powertrain lineup. The strong hybrid system with a 1.5L Atkinson Cycle petrol engine is claimed capable of returning a fuel economy of close to 28 kmpl. It is also loaded with features on the inside making it a highly attractive proposition.