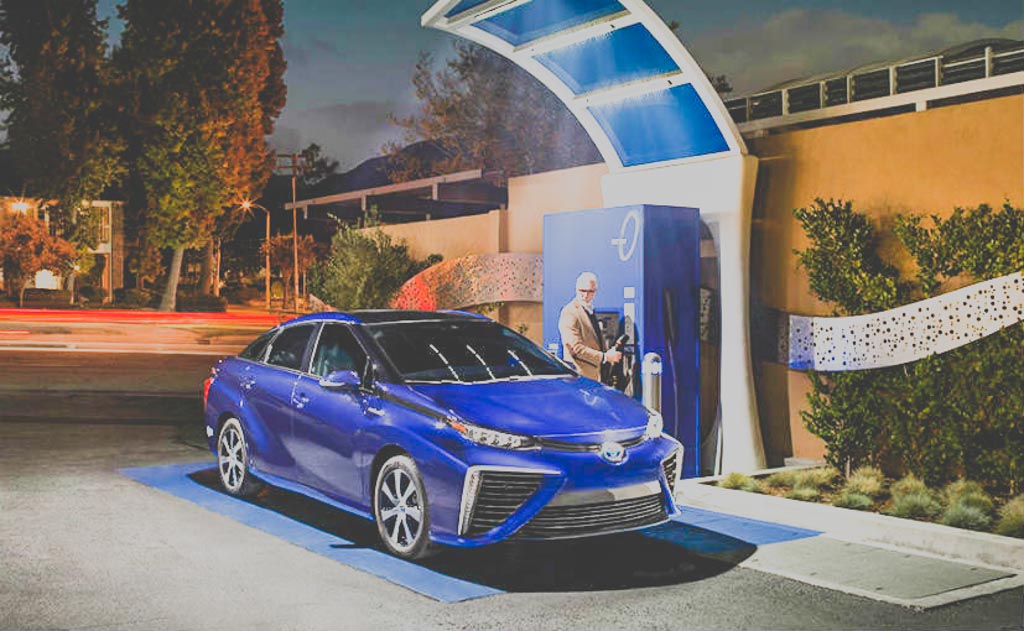 Toyota, a global leader in eco-friendly vehicle sales, could consider its Mirai hydrogen fuel cell vehicle for India due to tax cut from GST council

Following the decision by GST council to cut duties on hydrogen powered vehicles from 28 to 12 percent, the mainstream automakers like Toyota, Honda and Hyundai could be looking at evaluating opportunities to bring in their FCVs (Fuel Cell Vehicles). Back in late February 2018, Hyundai showcased its futuristic Nexo FCEV at the India-Korean Business Summit in New Delhi.

The Nexo takes power from a 95 kW fuel cell and it powers an electric motor that is capable of producing 161 horsepower and 395 Nm of peak torque. The big SUV has an astonishing drive range of 609 km on a single charge and is claimed to do zero to 100 kmph in 9.2 seconds.

Last month, Hyundai and Audi announced a partnership for developing and sharing FCV based patents and technologies, and the resultant vehicles from each other will be launched in the coming years. A latest report surfaced on the interweb suggests that Toyota, a global leader in eco-friendly vehicle sales, could consider its Mirai hydrogen fuel cell vehicle for India.

The two main advantages hydrogen fuel-cell vehicles have over conventional electrified models are the very less time to get the hydrogen tank filled up and the very high driving range they are able to return comparatively. However, the hydrogen FCV models are not very popular globally due to the lack of infrastructure and filling up stations. 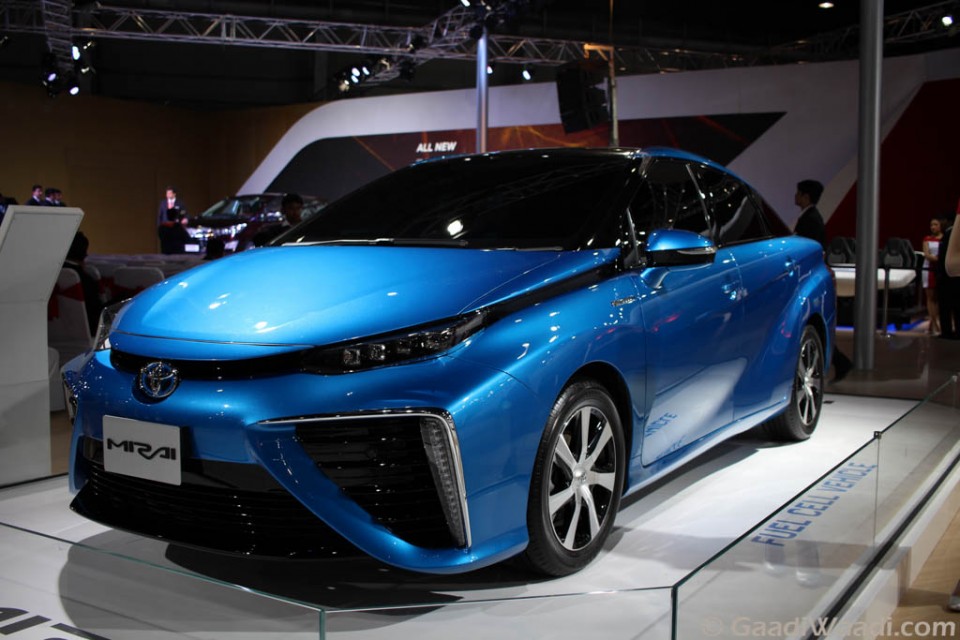 For example, since started production in 2014, Toyota managed to sell 5,300 units of Mirai until last year in foreign markets with US being its biggest consumer. The latest Toyota Mirai is available only in a single-loaded trim in the US. It features a hydrogen fuel cell stack powering an electric motor with 151 hp and 335 Nm of peak torque.

It is connected to a single-speed automatic transmission and a nickel-metal hydride battery pack. A couple of high-pressure carbon fibre reinforced hydrogen tanks have a total volume of 122.4 litres and enable EPA-rated driving range of over 500 km. The features list comprises of Toyota Entune multimedia system with a 7.0-inch touchscreen, navigation, Bluetooth, a JBL audio system, heated seats, keyless entry and start, dual-zone climate control and leather upholstery. 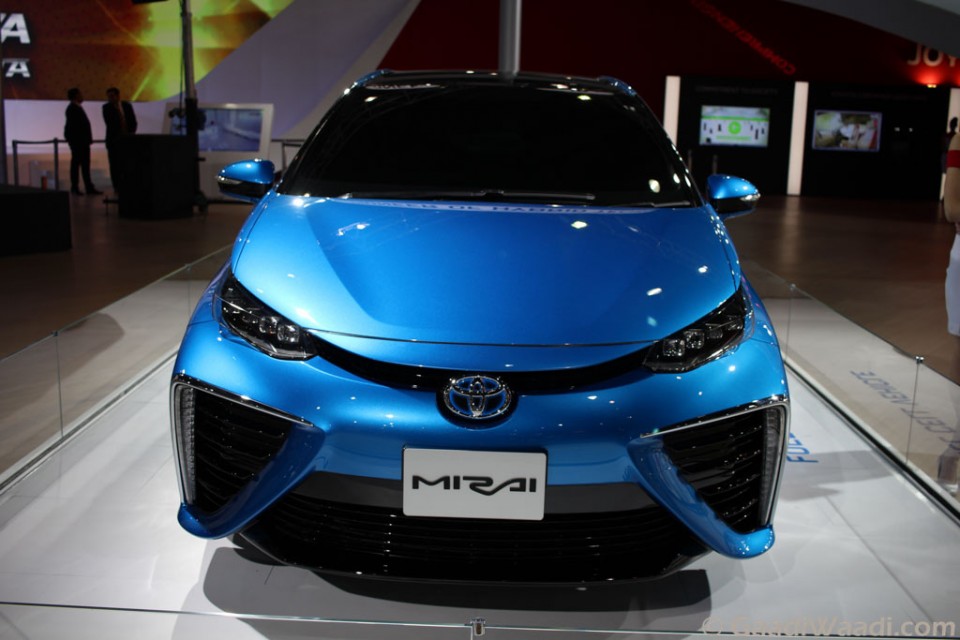 Even if Toyota decides to launch the Mirai in India, which was even showcased at 2016 Auto Expo, it will only be a premium offering and does not cut the mustard in reducing a whole lot of pollution going by limited selling numbers. 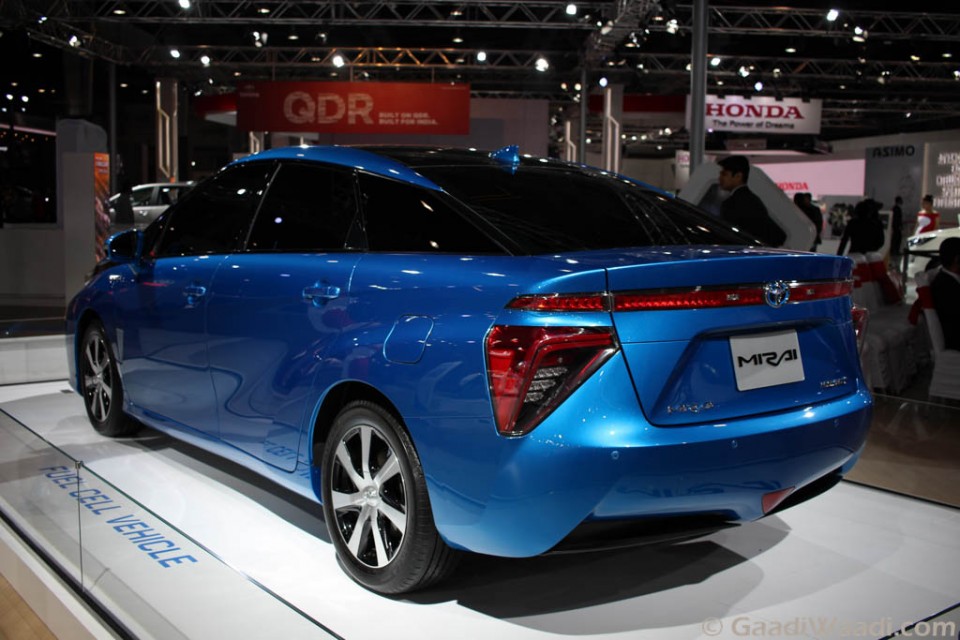 But even a small change towards alternative fuel solutions could make a big impact in our opinion and probably the Mirai could trigger Honda introducing its chief rival Clarity FCV as well. GST council should be proactive and attract companies to launch EVs instead with increased flexibility in tax duties we would say.