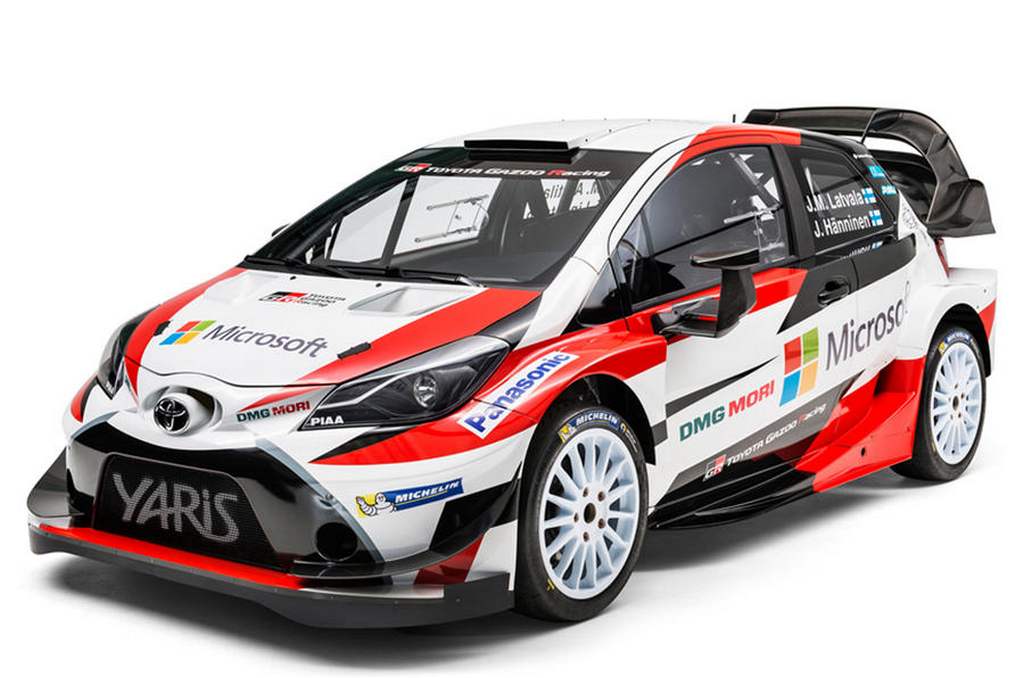 Toyota and Microsoft partner for WRC return as the wild Yaris WRC challenger has been unveiled with 375 bhp and 425 Nm producing 1.6L turbo engine

Toyota announced its return to World Rally Championship with the launch of the Yaris WRC car officially. It follows the launches of 2017 Hyundai i20 WRC and M-Sport’s Ford Fiesta WRC challengers. Underlining its strong commitment to the top-of-the-ladder rally championship, the Japanese manufacturer has partnered with the multinational technology company, Microsoft. Serving for the technology alliance, Microsoft’s livery has promptly been applied on both sides and the bonnet.

Toyota’s team for 2017 comprises of regulars Jari-Matti Latvala and Juho Hänninen with Finnish driver and reigning WRC2 champion Esapekka Lappi test driving the whole season. Competing under the Toyota Gazoo Racing WRC constructor name, the factory assault was heralded by Toyota’s President and CEO, Akio Toyoda. He was joined on the historic occasion by Team Principal, the legendary Tommi Makinen, who mastered four WRC titles with Mitsubishi. The spirited Akio Toyoda said the return to WRC scenes after 17 years doesn’t mean that Toyota will be “rested” as the technical development, real-stage data accumulation and testing are on full swing. The 12-race WRC calendar is going to be one of the fiercest we have witnessed in recent times as Hyundai, Ford and Citroen will be going out all guns blazing. Like any other contesting manufacturer, Toyota hopes to convert the technical developments learned on the rally stages back to road-car projects as a road-going hot hatch likely badged Yaris Gazoo is in the pipeline. The World Rally Championship, used to be a Ford and Citroen monopoly, ended when Volkswagen broke the shackles and entered with the Polo R WRC with intense development phase.

The full-entry in 2012 has resulted in world titles as Sebastien Ogier and Jari-Matti Latvala dominated the competition. The former took three drivers’ title in a row and is now the reigning champion. Hyundai Motorsport had a watchful eye on WRC and after a decade-long absence re-entered with the i20 WRC rally car in 2014. As the competition builds up, Toyota is now the latest entrant despite VW’s withdrawal due to emission scandal. The partnership with Microsoft includes development of data analysis platform, cloud based information sharing system, etc. They will work together to enhance communication with WRC fans, a similar programme to product development project, Toyota Connected. The Yaris WRC offensive will also be endorsed by Michelin, DMG Mori and Panasonic as well. With lesser aerodynamic restrictions, lower and wider vehicles with increased power, the 2017 WRC season is going to be a stunner indeed.