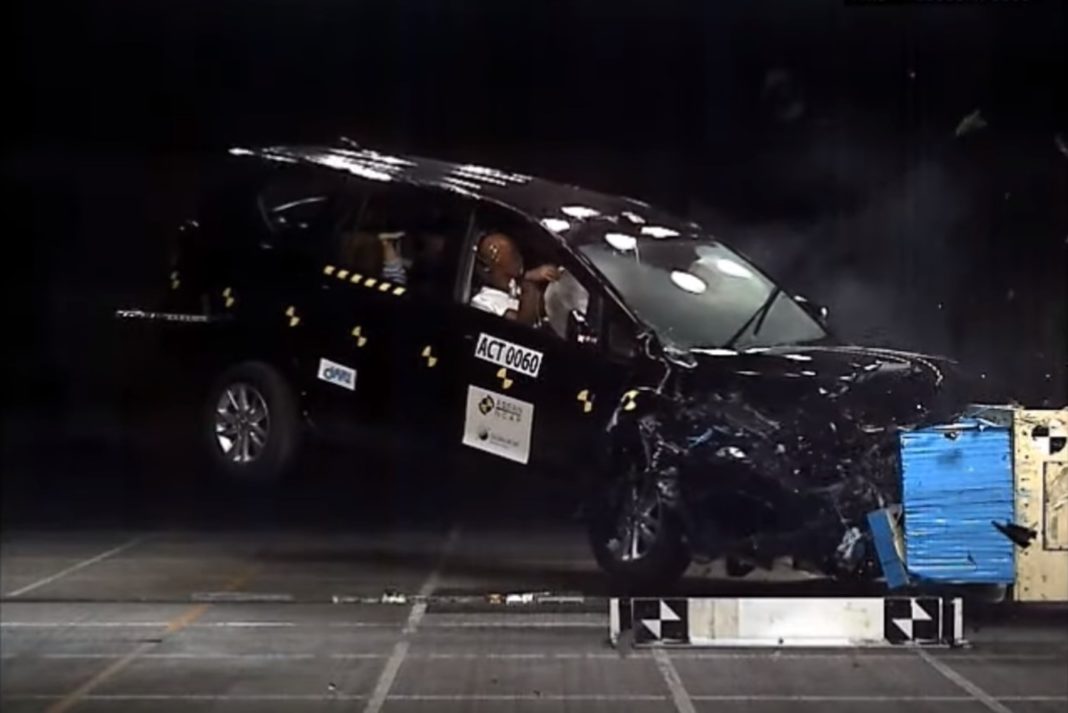 The new Toyota Innova facelift has managed to score a five-star safety rating, just like the Toyota Fortuner facelift and the new Hilux

Toyota Innova Crysta is the most popular vehicle in the Japanese carmaker’s lineup in India. The MPV has been given a mid-life facelift internationally, and the updated model will soon go on sale in India very soon, with bookings expected to begin by the end of this month. The Innova facelift is not only a good-looking car, but an extremely safe one as well.

The Toyota Innova facelift has received a 5-star safety rating in ASEAN NCAP crash test evaluation. The vehicle tested was an Indonesia-spec model, with a 2.0-litre petrol engine. The safety authority has carried forward the front off-set collision score of the previous model (2016 model), as the new model doesn’t get any structural changes.

The overall safety rating of 5-star is commendable, even though the model tested only offered dual front airbags. It also got ABS, ESP, EBD, and seatbelt reminders (first row seats) as standard. The MPV offers up to seven airbags in a few international markets, which improves its safety quotient even further.

Toyota has lately been proving that the company takes safety seriously. The facelifted Fortuner SUV has also managed to score a 5-star rating in ASEAN NCAP, along with the updated Hilux pickup truck. We expect the India-spec Innova Crysta (2021 model) to have similar safety scores as well. 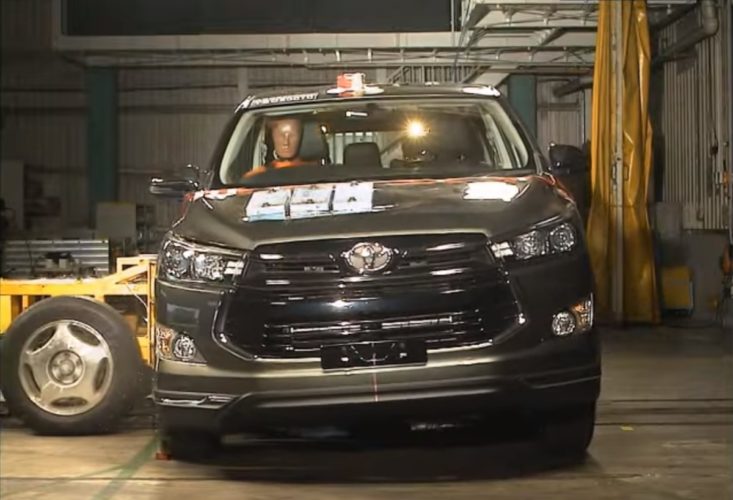 The Toyota Innova Crysta facelift is expected to have the same two powerplant options as the outgoing model in India. The first one is a 2.7-litre, naturally aspirated, inline-4 petrol motor, which generates 166 HP and 245 Nm. Transmission options here include a 5-speed manual and a 6-speed manual. The second option is a 2.4-litre, turbocharged, inline-4 diesel mill. This engine generates 150 HP and 343 Nm, and can be had with either a 6-speed manual or a 6-speed automatic.