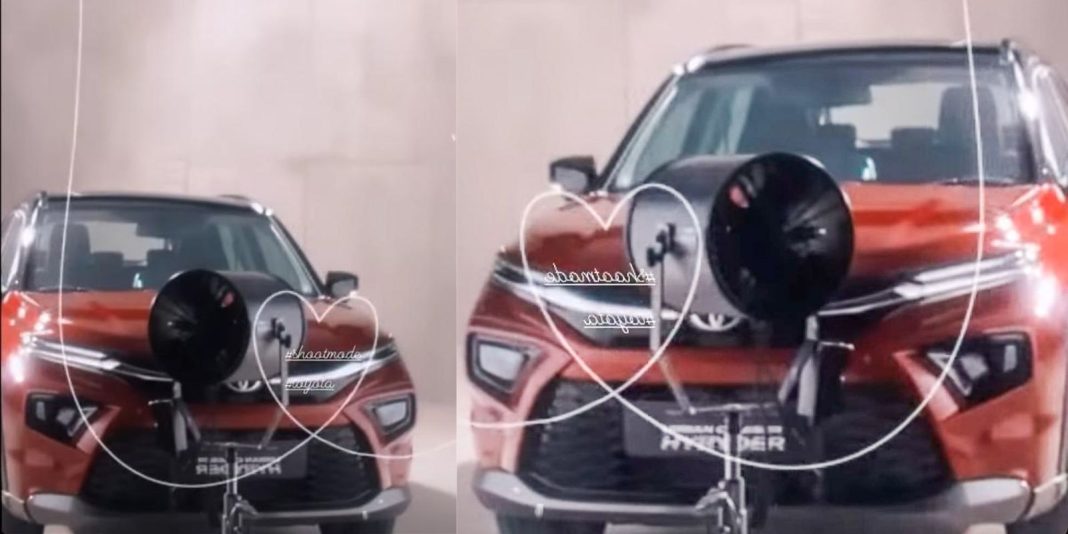 Toyota Kirloskar Motor (TKM) is gearing up to launch an all-new midsize SUV for the Indian market and it will make its global debut at the beginning of next month. The design of the Toyota Urban Cruiser Hyryder has been leaked courtesy of a spy image which has emerged on the internet while the midsize SUV was on an advertisement shoot.

The five-seater will compete against Hyundai Creta, Kia Seltos, VW Taigun, Skoda Kushaq, MG Astor, Nissan Kicks and the likes in the highly competitive space. Internally codenamed D22, the midsize SUV is developed in collaboration with Maruti Suzuki and its front fascia takes plenty of inspiration from the recently launched 2022 Glanza.

It also adapts styling cues from global Toyota SUVs. The muscular bonnet structure is accompanied by a sleek-looking front end boasting slender LED Daytime Running Lights connected by a strip of chrome in the middle and the Toyota badge is mounted at the centre. Other visual highlights you could see in the spy picture include the wide grille section with hexagonal insets and sharp headlamps with black bezels giving a split cluster look. 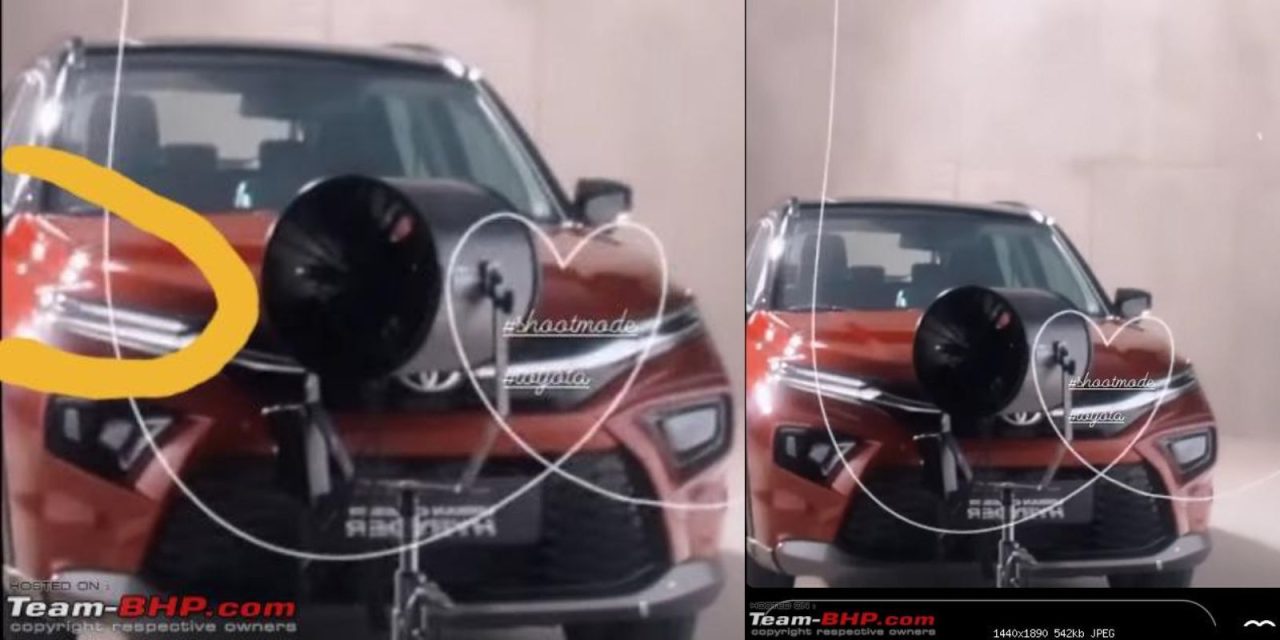 The Toyota Urban Cruiser Hyryder also gets plenty of chrome treatment across the bodywork and the lower bumper protector adds to the SUV’s stance. The pillars are finished in black colour suggesting that both mono-tone and dual-tone paint schemes will be on offer upon its market launch likely during this festive season and it shares the platform with the Maruti Suzuki YFG.

It appears to be underpinned by Toyota’s DNGA (low-cost derivative of the modular TNGA) platform and will derive power from a four-cylinder hybrid petrol engine in mild-hybrid and strong-hybrid guises. The strong hybrid system will likely enable higher fuel efficiency and it could act as its biggest USP. Both six-speed manual and automatic transmissions will be available.