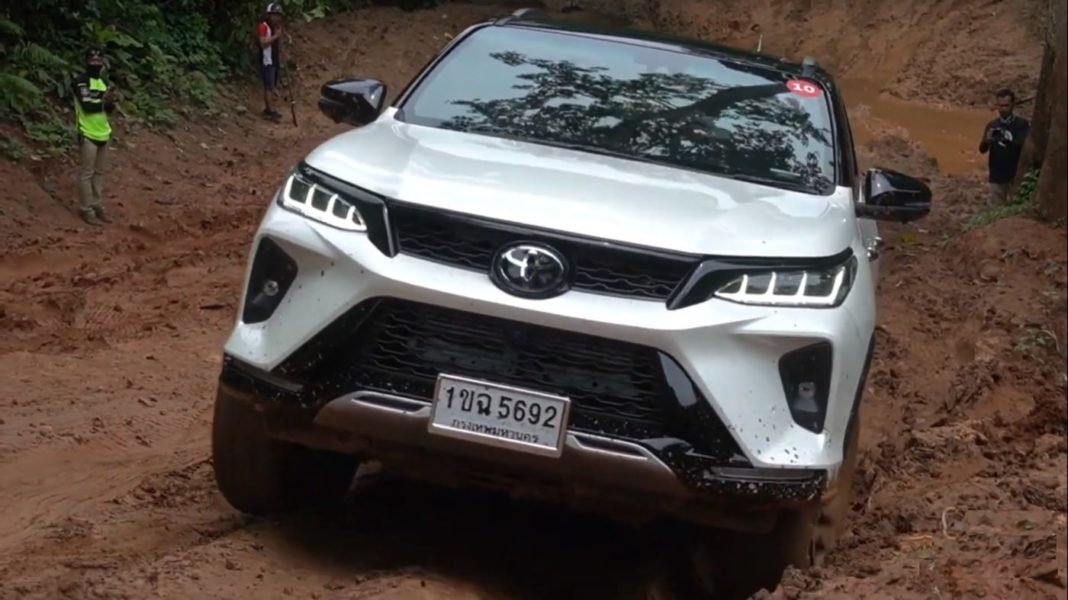 Here, we have a video that showcases the off-road capabilities of the Toyota Fortuner Legender (Thailand-spec model)

Just a few months ago, Toyota launched the Fortuner Lengender in Thailand, alongside the facelifted Fortuner. The latter has already been spied in India, and is expected to launch by the end of this year. Sadly, there has been no confirmation about the former’s arrival in India, although considering Toyota’s track record, we expect that the Legender will eventually make its way to the India market.

The India-spec Toyota Fortuner is an extremely capable off-roader, being built on a traditional ladder-frame chassis instead of a monocoque architecture. The Legender variant (and the facelift model for that matter) should be no different. Here, we have a video showing the off-road capabilities of the Toyota Fortuner Legender, in the wilderness of Thailand.

The video begins with a Fortuner Legender driving down a broken dirt trail, which doesn’t seem like much of a task for the SUV. Next, it encounters a muddy path, filled with sludge. The vehicle manages to maintain its composure, without slipping or sliding around. However, things start to toughen up as the SUV approaches a climb.

Due to the loose mud and muck, the Fortuner Legender struggles to maintain traction during the uphill climb. The SUV weaves to and fro, with tyres spinning in the mud. The driver seems skilled though, as he manages to power the vehicle through the trail. We see some downhill sections as well, on the muddy path, where we’re sure the electronics would’ve helped the driver maintain a safe pace.

We also see a couple of other Toyota Fortuner Legender SUVs in the video, which appear randomly throughout the video. Overall, it sure seems like the drivers had a lot of fun driving off-road, and we can’t wait for Toyota to launch it in India so we can lay our hands on one! 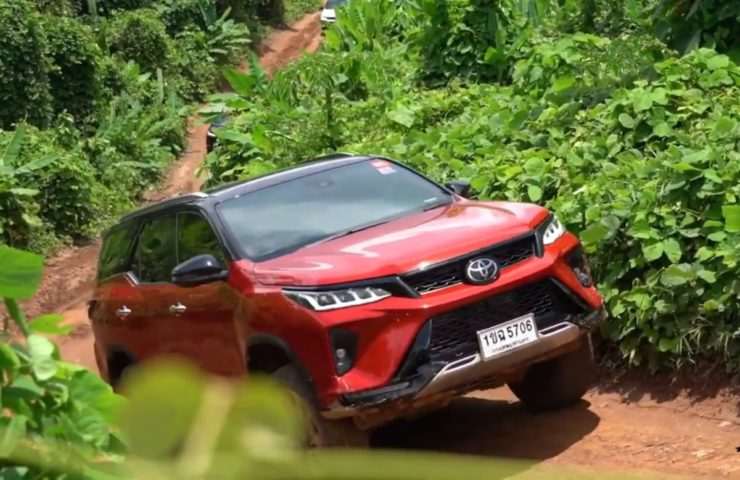 There are two engine options available on the Fortuner Legender – a 2.4-litre diesel and a 2.8-litre diesel. The smaller engine generates a maximum power of 150 PS and 400 Nm, while the larger one is capable of developing 204 PS and 500 Nm. You only get one transmission option, a 6-speed automatic. A four-wheel-drive system is available as standard, for better off-road driveability.