Check out this customised Toyota Fortuner Legender from Thailand, which gets a sharp-looking aftermarket body kit

Toyota recently launched a new facelift version of the Fortuner SUV in India, along with a new top-spec variant, called Fortuner Legender. The new ‘Legender’ model gets slightly different interior and exterior styling, and feels more upmarket than the regular models. Toyota Fortuner is quite a popular vehicle internationally, especially in markets like Thailand and the Philippines.

Of course, with such popularity, aftermarket support also tends to be quite strong for any vehicle. There are plenty of mods available for the Toyota Fortuner, and here, we have a body kit for the Fortuner Legender, built by Tithum, an automobile design workshop based in Thailand. The images we have here show a Toyota Fortuner Legender wearing said body kit, and there are plenty of noteworthy details here.

The SUV gets new front and rear skirts, which feature bash plates underneath. The front bumper remains unchanged, as does the vertically-split front grille. The rear skirt gets faux quad exhaust design, which adds another layer of sportiness. The Toyota badges on the nose and the tailgate are custom as well, and look brilliant. 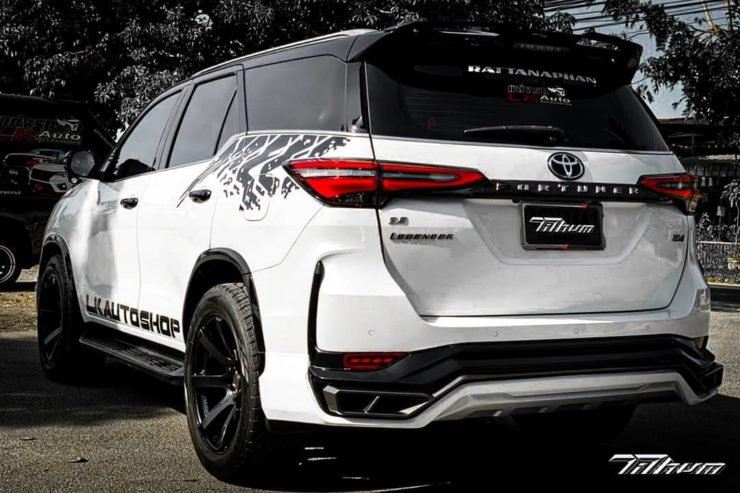 The SUV also gets blacked-out aftermarket alloy wheels, shod with Toyo rubber. The cladding on the wheel arches now gets piano-black finish, and there’s ‘LK Autoshop’ branding, in vinyl, at the bottom of the doors on both sides of the vehicle. The sidesteps remain stock, but the chrome door handles have been replaced by black ones.

On the rear quarter panel, the vehicle gets a patterned vinyl, which further adds to the visual appeal. A custom spoiler can also be seen here, which has been fitted on top of the stock roof-mounted spoiler. The new body kit reduces the approach and departure angle of the SUV though, which isn’t great for off-road antics. 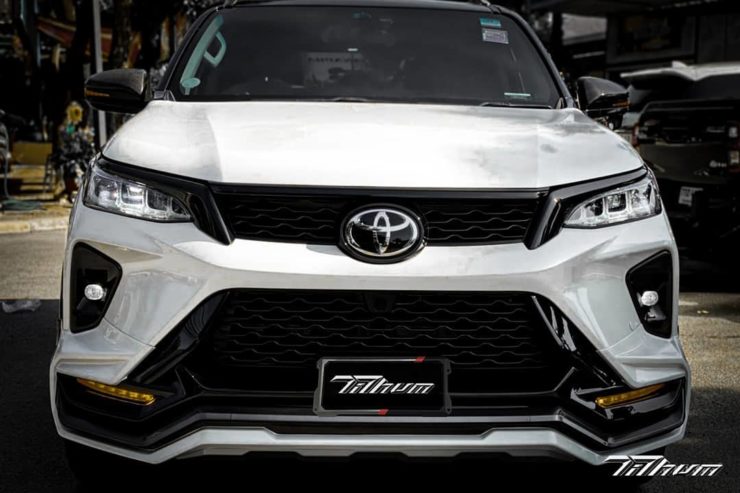 In the Thai market, Toyota Fortuner Legender is available with two engine options – a 2.4-litre turbo-diesel and a 2.8-litre turbo-diesel. The former is good for 151 PS and 400 Nm, while the latter can generate 206 PS and 500 Nm, and a 6-speed automatic is the only transmission on offer. The India-spec Fortuner Legender only gets the 2.8L diesel engine, along with the 6-speed automatic gearbox.