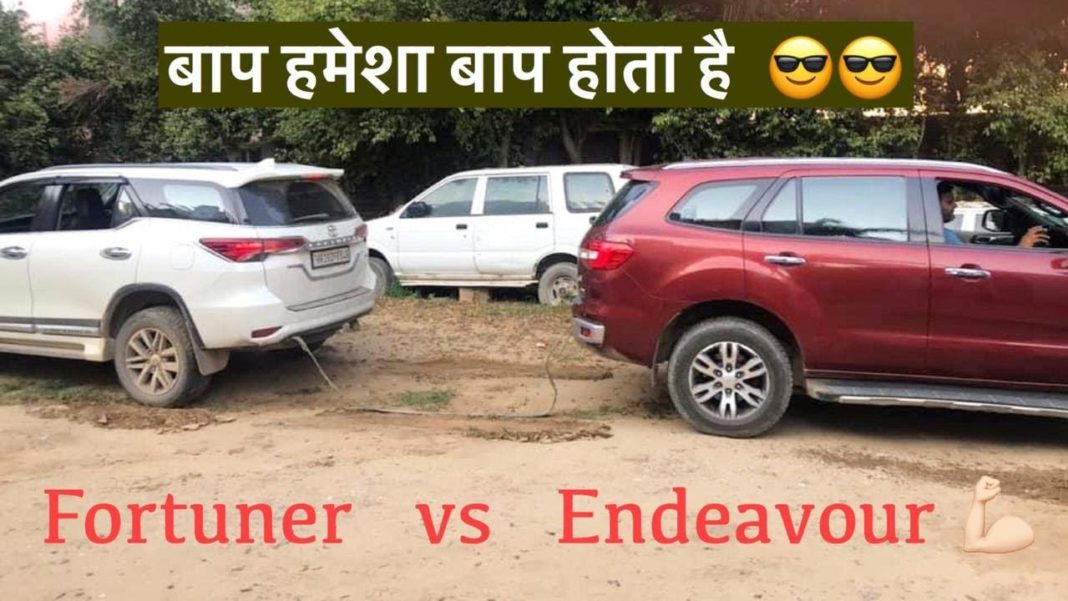 Fans of both the Fortuner and Endeavour swear by their preference, and which one is the better SUV out of the two is a pretty debatable topic. Here is a video uploaded on YouTube showing the two SUVs battling it out in a tug of war.

The BS4 Ford Endeavour used in this video here certainly feels the more powerful one, since it came equipped with a 3.2-litre five-cylinder turbo diesel engine, which now stands discontinued in the BS6 era. The said engine produced 197 hp of maximum power, along with a massive 470 Nm peak torque.

On the other hand, the Toyota Fortuner used here gets a 2.8-litre four-cylinder turbo diesel engine that puts out 177 hp power and 420 Nm torque. The Endeavour certainly has an upper hand in terms of additional 20 hp power and 50 Nm torque. It should be noted that both the SUVs used in the video have been equipped with a four-wheel drive configuration.

While the Fortuner retained its 2.8-litre diesel engine in the BS6 era, the Endeavour was equipped with a new BS6 2.0-litre four-cylinder turbo diesel engine that belts out 167 hp power and 420 Nm torque, that comes mated to a 10-speed automatic transmission. Toyota currently retails the Fortuner between Rs 28.66 – 34.43 lakh, while the Ford Endeavour is currently priced from Rs 29.55 lakh to Rs 33.25 lakh (all prices, ex-showroom).