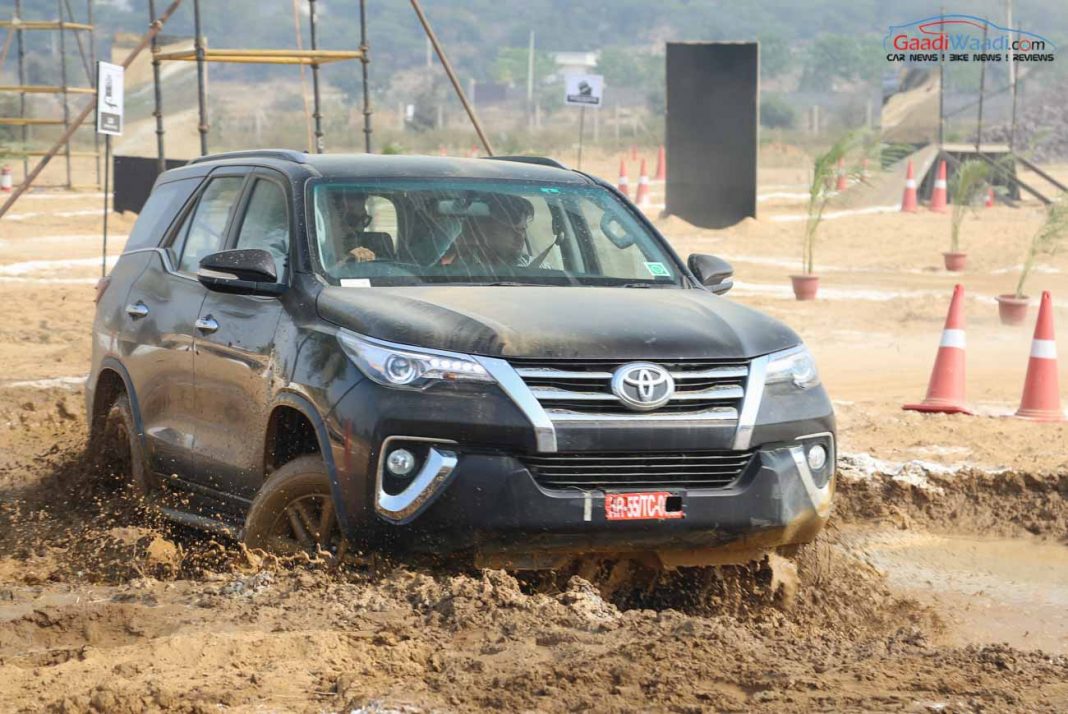 We have experienced the off-roading capability of the all-new Toyota Fortuner at the “Toyota Experiential Drive Camp” in Gurgaon yesterday. Following the successful launch of the new generation of the popular Fortuner last week, Toyota Kirloskar Motor gave a first-hand experience of the new model by inviting us for the testing campaign to demonstrate the big SUV’s capabilities in tricky conditions and how to manoeuvre them with ease.

The Fortuner Experiential Drive Camp has been scheduled for ten days starting from 11th of November in three major cities such as Bengaluru, New Delhi and Mumbai. The Japanese manufacturer offers 1,500 exclusive potential customers of Fortuner to experience off-roading capabilities on the specially made terrain track comprising of different surfaces like steep inclines, descents, slush, deep water and some articulation.

Also Read: All New 2016 Toyota Fortuner Launched – All You Need to Know

Toyota believes in constantly evolving its models with customers’ feedback and the Drive Camp had the same motto besides educating customers of its new SUV’s characteristics. The company said its premium buyers hold a sense of pride with the full-on four-wheel drive capability of the Fortuner.

To cater for their expectations, the all-new Fortuner is built around a newly developed ladder frame chassis with enhanced off-roading attributes and induced vehicle rigidity and toughness. During off-road scenarios, Toyota has equipped the Fortuner with Hill Start Assist Control (HAC), Downhill Assist Control (DAC) and Active Traction Control (A-TRC) for driver’s ease of assistance. 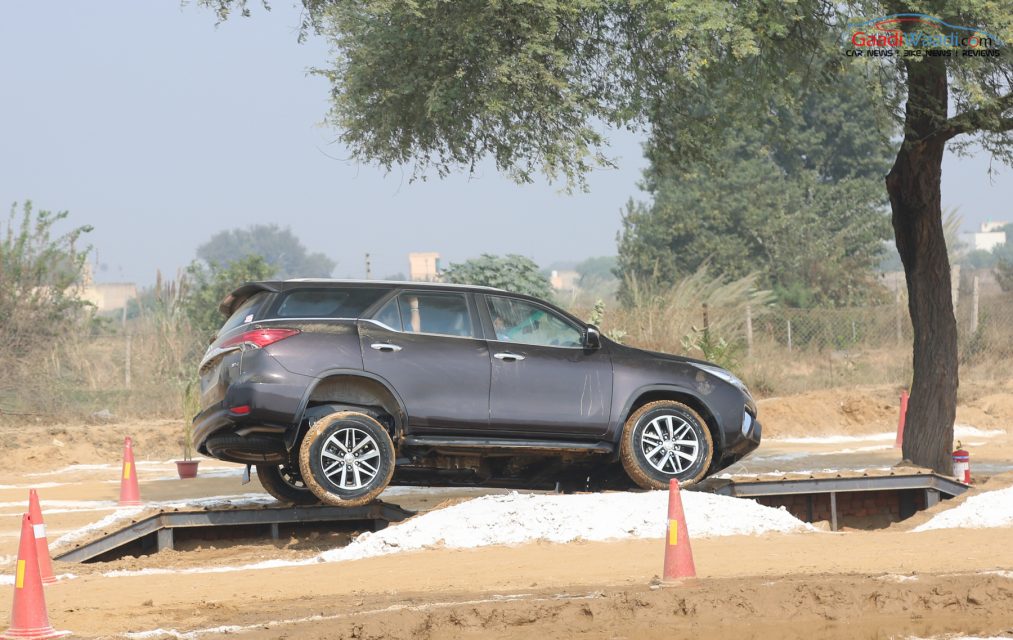 As we have experienced and felt the new off-roading and terrain assistance technologies, we now know their advantages. Just as the name suggests, the HAC (Hill-start Assist Control) supports drivers on steep hills while DAC (Downhill Assist Control) aids drivers when descending down the slopes. The HAC tech increases control on steeps and prevents individual locking of wheels.

During the alarming cases where the vehicles lose traction on sudden hills, steep inclines or slippery surfaces, HAC minimises vehicle rollback as it controls brake fluid pressure when the driver steps on to the accelerator from the brake pedal. The DAC perpetuates vehicle speed at 5 kmph to assure stability when descending on sharp slopes and slippery patches and ensures directional control. 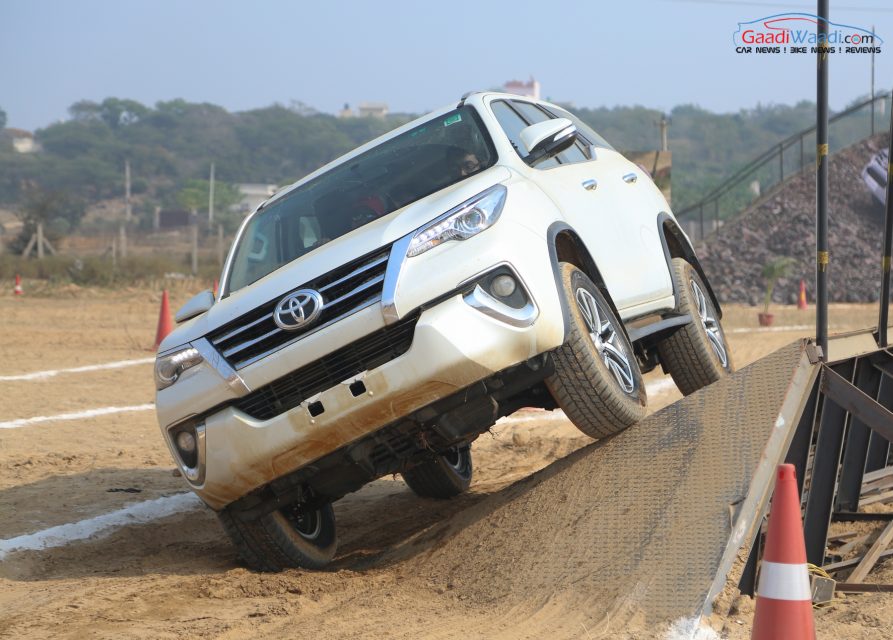 In contrary to the previous Fortuner, which had a full-time AWD system, the new-gen Fortuner has the regular 4×4 system which when shifted to 4 high or 4 low sends 50:50 torque distribution between the axles. It utilises ABS (Anti-lock Braking System) and traction control system as integral part of the A-TRC (Active Traction Control) to create a pseudo limited slip differential. How clever wasn’t it?