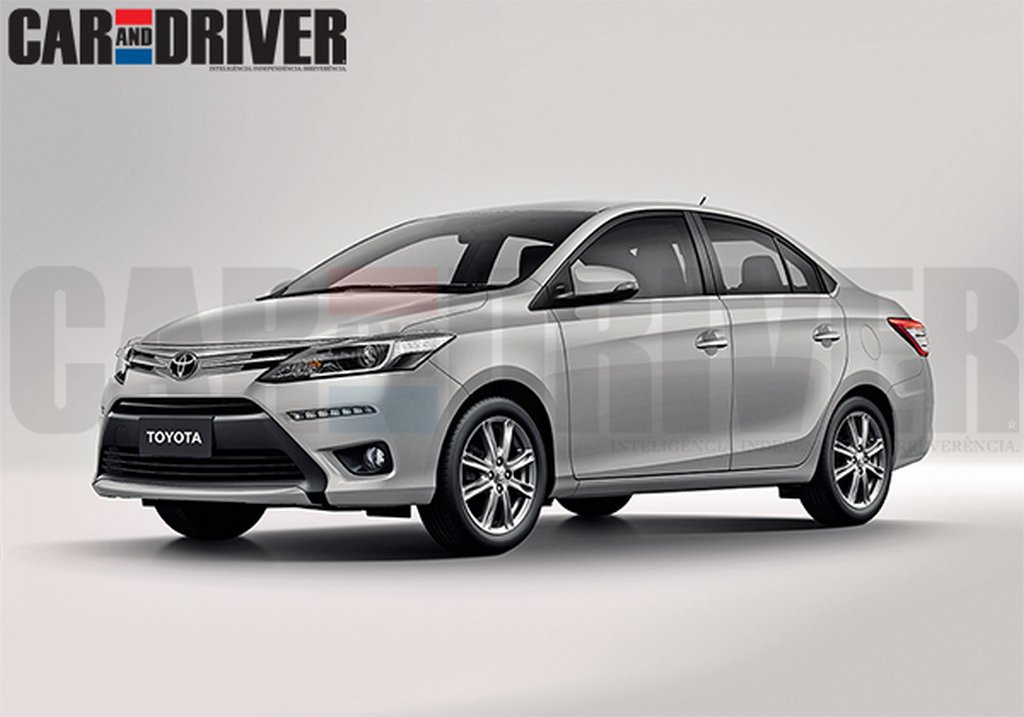 Toyota Etios C will rival against Honda City and Maruti Suzuki Ciaz; it is said to have design influenced by the Vios sedan

There has been a speculative rendering surfaced on the internet for a potential rival for the Honda City, Maruti Suzuki Ciaz , Skoda Rapid and Volkswagen Vento in the mid-size sedan segment. Created by Car and Driver Brasil, the artist imagination of a Toyota Etios C sedan is something you would have never seen before.

The Toyota Etios C sedan will be making its market debut in Brazil during the course of this year. It is a capable product for the Indian market as well as the Japanese manufacturer might use the expertise learned in Brazil to introduce the model here sometime in next financial year. Toyota enthusiasts have long been anticipating a sedan that would bridge the gap between the compact Etios and the premium Corolla. The second largest-selling automaker in the world could go with styling cues derived from the Vios sedan and the rendering images represent the same.

Understandably, the Vios has received good response in overseas markets and having another sedan in a slightly upmarket segment could only worthwhile. The mid-size Toyota sedan could bear the Yaris nomenclature for the Brazilian market and the prices could start from around R$ 65,000 (Rs. 13.41 lakh) to R$ 75,000 (Rs. 15.47 lakh).

The upmarket C sedan will sit on the same platform as the Etios and it will undergo heavy degree of localisation in Brazil. No plans have been revealed by Toyota for India yet but since the Etios hasn’t moved well and an updated version could be long way off, the brand could go with a new segment and target different set of audience with the C sedan.

Toyota doesn’t need to focus on investing heavily to sign off C sedan as it’s based on Etios unlike the Vios which is built around an entirely different architecture.