It is no secret that Toyota and Maruti Suzuki are working on a midsize five-seater SUV to compete against Hyundai Creta, Kia Seltos, VW Taigun, Skoda Kushaq, MG Astor and others in the highly lucrative space. The first spy pictures of both the SUVs appeared on the internet recently and they are expected to be launched later this year.

Maruti Suzuki’s version is codenamed YFG and is part of the string of new launches planned by the largest carmaker in India while the Toyota midsize SUV is internally called D22. The five-seater SUVs won’t follow the rebadged route though as they are developed with different top hot amidst having several commonalities to keep the production costs in check.

The Toyota D22 follows a similar design philosophy as the latest Toyota SUVs sold abroad with the presence of an upright front fascia and we do expect the body panels to be sturdy. Up front, the D22 will more likely get a split headlamp cluster with unique LED Daytime Running Lights and going by Toyota’s regular standards expect abundant use of chrome. 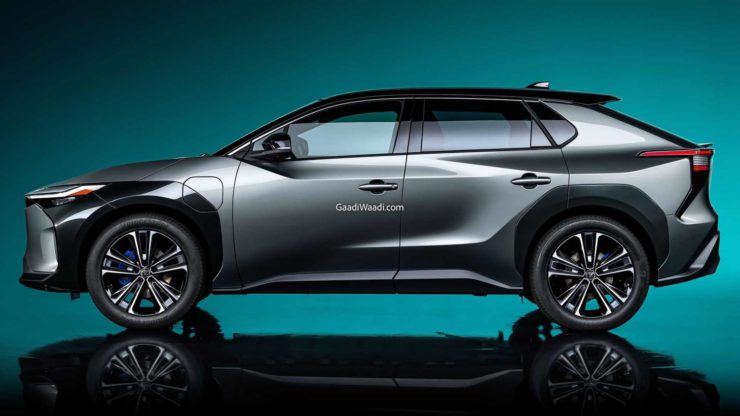 Other visual highlights expected are wider air intake, sporty bumper section, squared-off wheel arches, 17-inch wheels and so on. The tall pillars and the roofline will enable a large greenhouse enabling a spacious cabin for occupants and both the SUVs will have a high ground clearance to tackle the occasional off-road scenarios.

The Toyota D22 and Maruti Suzuki YFG will sit on a new platform derived from Toyota’s DNGA architecture employed in the global markets and they could be aggressively priced against rivals upon arrival around Diwali. As for the performance, a hybridized four-cylinder petrol engine is expected to be utilised with a decent electric-only range.

It could be paired with a six-speed manual or an automatic transmission. As for the interior, we do expect the use of high-quality surface materials, a floating touchscreen, 360-degree camera, heads-up display, rear AC vents, modern connectivity, driver-assistive and safety features.