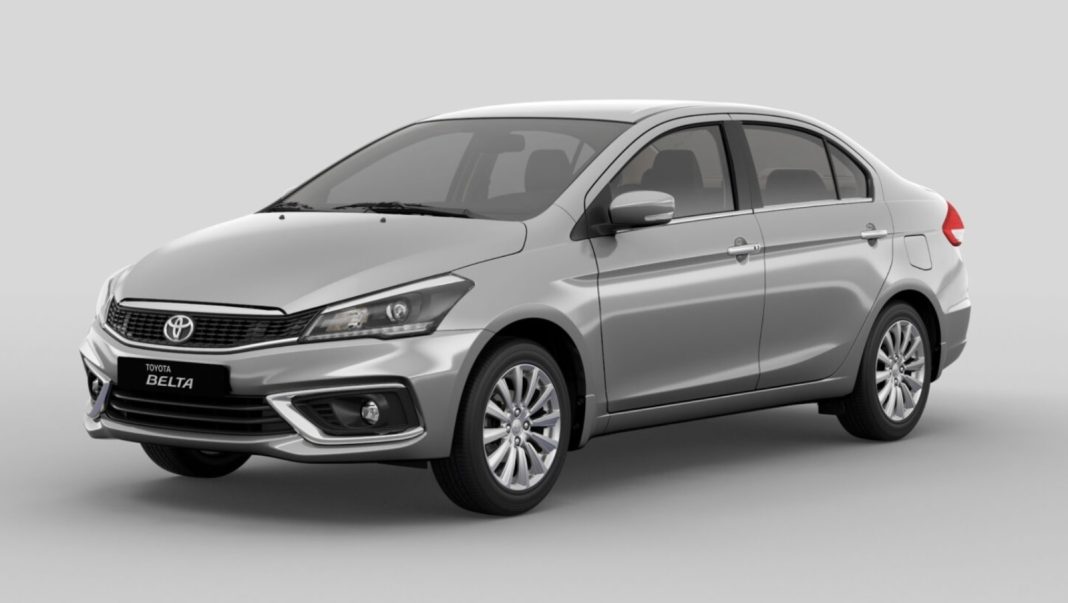 The newly-revealed Toyota Belta is expected to go on sale in the Indian market next year, as a replacement for the now-discontinued Yaris

Toyota has officially revealed the Belta sedan, which will go on sale in Middle Eastern markets very soon. It is a rebadged version of Maruti Suzuki Ciaz, and features identical styling, with the only difference being the different logos. Other features, like mechanicals, equipment and features, etc., remain the same as well.

Powering the Toyota Belta is a 1.5-litre, naturally aspirated, inline-4 petrol engine. This motor is capable of generating a peak power of 105 PS and a maximum torque of 138 Nm. Unlike its Maruti twin though, the Toyota is only available with a 4-speed torque-converter automatic gearbox in the middle-eastern market.

In the Indian market, Toyota will likely offer a 5-speed manual gearbox as well, as cars with manual transmissions are extremely popular in India due to their affordability. Similar to the Glanza and Urban Cruiser (which are based on Baleno and Vitara Brezza), the India-spec Belta will likely skip the base variant of the Ciaz, and therefore have a higher starting price compared to the latter.

Toyota has already discontinued the Yaris sedan in India, and the Belta is expected to launch here as its replacement very soon. The manufacturer hasn’t revealed an official launch timeline, but we expect the send to arrive sometime during the next year. The India-spec version will likely feature a few changes to the exterior design, including a new front grille and perhaps restyled bumpers as well.

Recently, Toyota also launched the Rumion (rebadged Maruti Ertiga) in South Africa. This new MPV is also expected to go on sale in India very soon, likely in early 2022. Upon arrival, it will be positioned below the Innova Crysta in Toyota’s lineup in India.