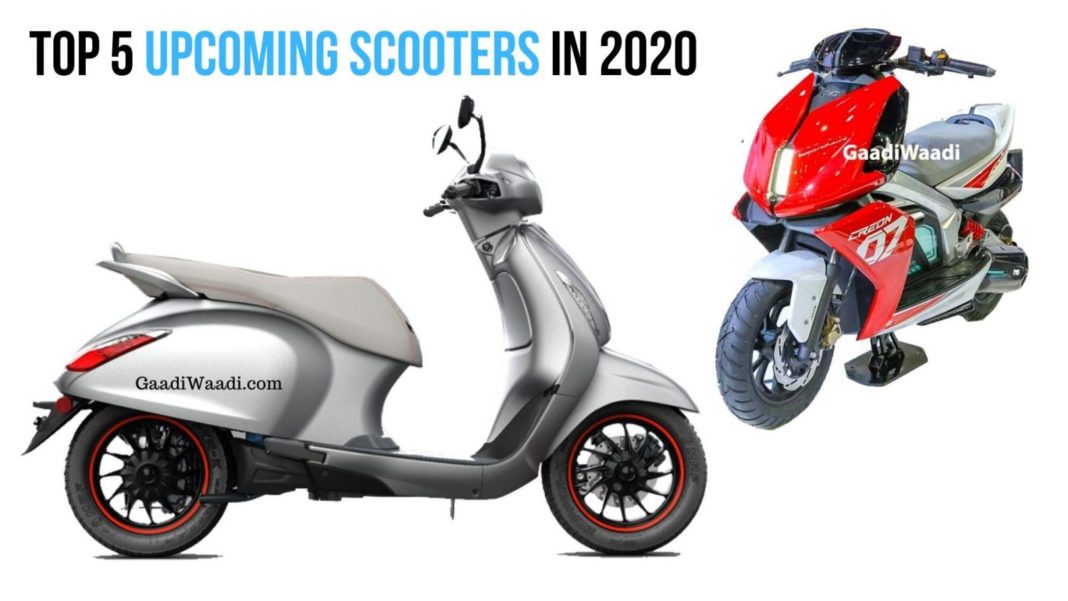 There is no denying the fact that scooter’s playing a major role in the Indian 2-wheeler market. Indians consider them as one of the most affordable and practical modes of transport, especially in cities. In 2019 we saw a big shift towards bigger 125cc capacity scooters from the usual 100cc & 110cc scooters.

The interesting fact is that we also saw new and interesting electric scooters entering the competition with plenty of segment-first features. Keeping all the above facts in mind, there is no denying the fact that there is still a lot of room to grow in the coming years. That said, Here is the list of top 5 upcoming scooters.

Bajaj Auto recently unveiled Brand’s first electric 2W and it is badged as Chetak. It will be launched next month in selected cities starting with Pune and Banglore. Chetak EV to get 95 KM range and expected to be priced at around Rs. 1.25 Lakh. It will get full digital speedo console, connectivity features and portable charger as well. 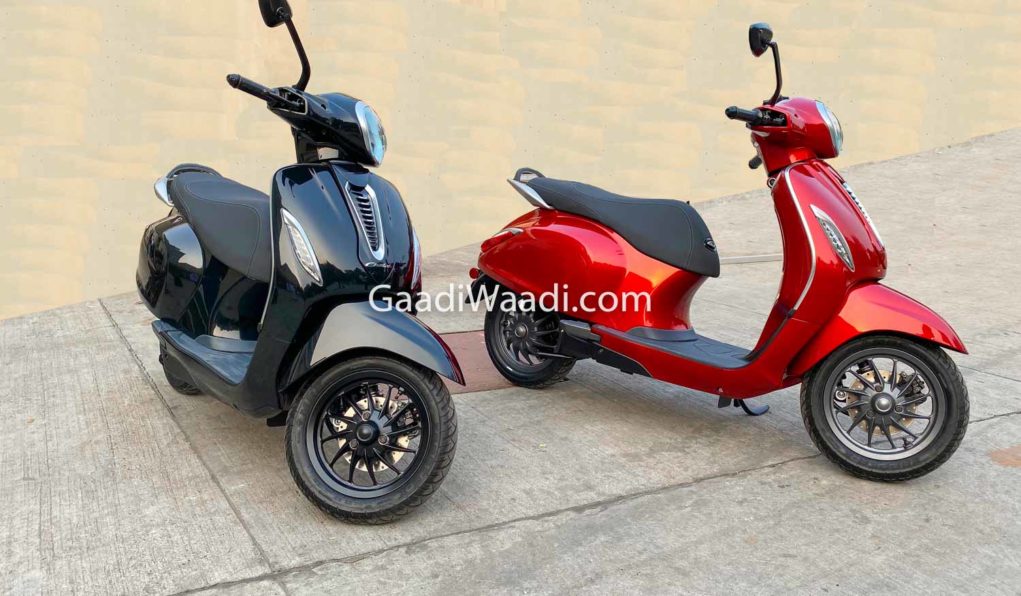 Honda will introduce the new Activa 6G in India early next year. The upcoming scooter was spotted on test recently in India with a host of cosmetic and mechanical updates. Expect the upcoming Activa 6G to get a newly designed full-LED headlamp, restyled front apron with integrated side turn indicators and a redesigned body panels.

On the mechanical font expect the Activa 6G to also feature a new telescopic suspension and the disc brake assembly at the front as an option alongside the standard 130mm drum brakes. It will also be equipped with Honda’s CBS (combined braking system) for the safety of its rider.

The Activa 6G expected to be powered by an updated 110cc, air-cooled BS-VI compliant engine that will produce slightly less power and torque than the current model. The current scooter produces about 8 Ps of peak power and 9 NM of peak torque and is paired with a CVT gearbox. 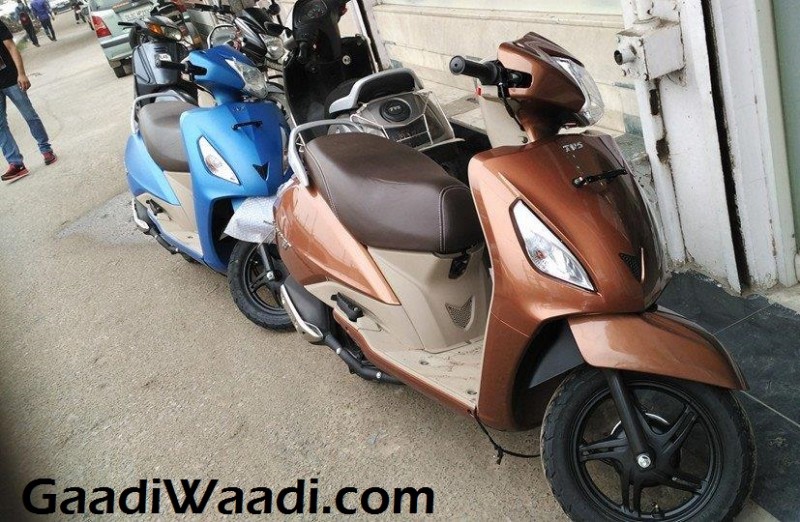 TVS Motors is also working on a facelift Jupiter. The upcoming scooter will most probably carry forward the same Indian family scooter silhouette but expect it to receive major revision towards its front apron and side body panels. Expect the upcoming scooter to also feature a full LED headlamp setup and plenty of chrome bits to add more premium appeal.

It will be powered by the same 109.7cc, air-cooled, single-cylinder, OHC engine. This unit currently produces about 8 bhp of peak power at 7,500 rpm and 8 Nm of peak torque at 5,500 rpm. The engine is paired with a CVT gearbox. 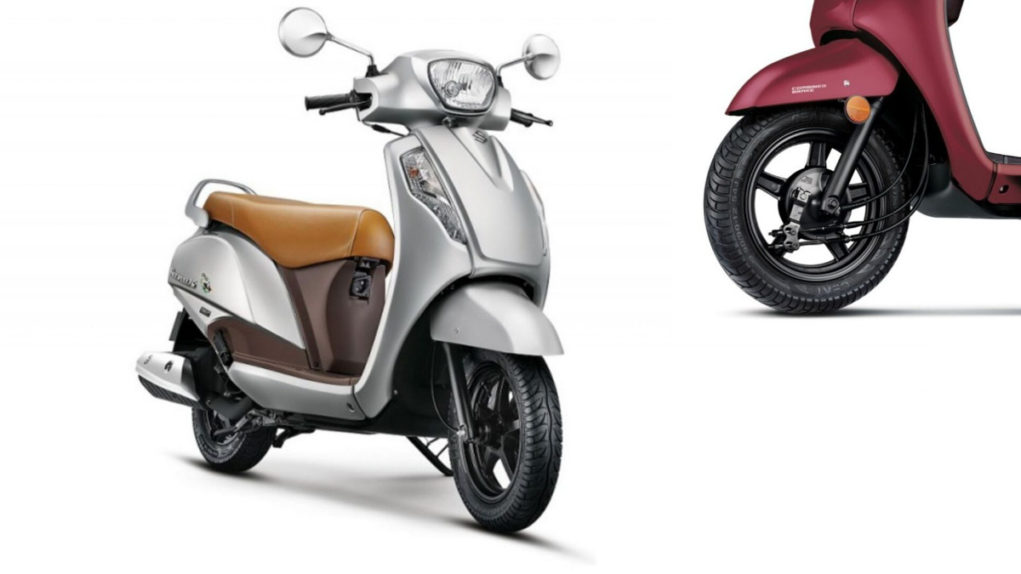 Suzuki will be launching a new 110cc scooter soon in India early next year. This scooter will compete directly with the upcoming Honda Activa 6G and the TVS Jupiter when it finally launches here. Expect the upcoming scooter from Suzuki to feature a retro kind of styling while it also may borrow some of its parts from the popular Access 125.

Suzuki will develop a new 110cc, air-cooled unit which will power this new scooter. It will get some modern features including a full LED headlamp and taillamp, a semi-digital instrument cluster, practical under-seat storage, etc. The scooter will use a telescopic suspension setup towards the front and will get a 130mm drum brakes for both its front and rear for stopping.

Although we are not exactly sure at this moment but TVS might launch the Creon electric scooter in India early next year. The Creon concept was showcased at the 2018 Auto Expo where it attracted a lot of attention. Tthe electric scooter will be powered by a powerful electric motor.

It will be able to accelerate from 0-80 km/h mark in just 5.1 seconds and will return around 80 km range on a full charge. Besides that, it will also feature a host of new technologies including three different riding modes, regenerative braking, anti-theft GPS navigation, and park assist, etc.