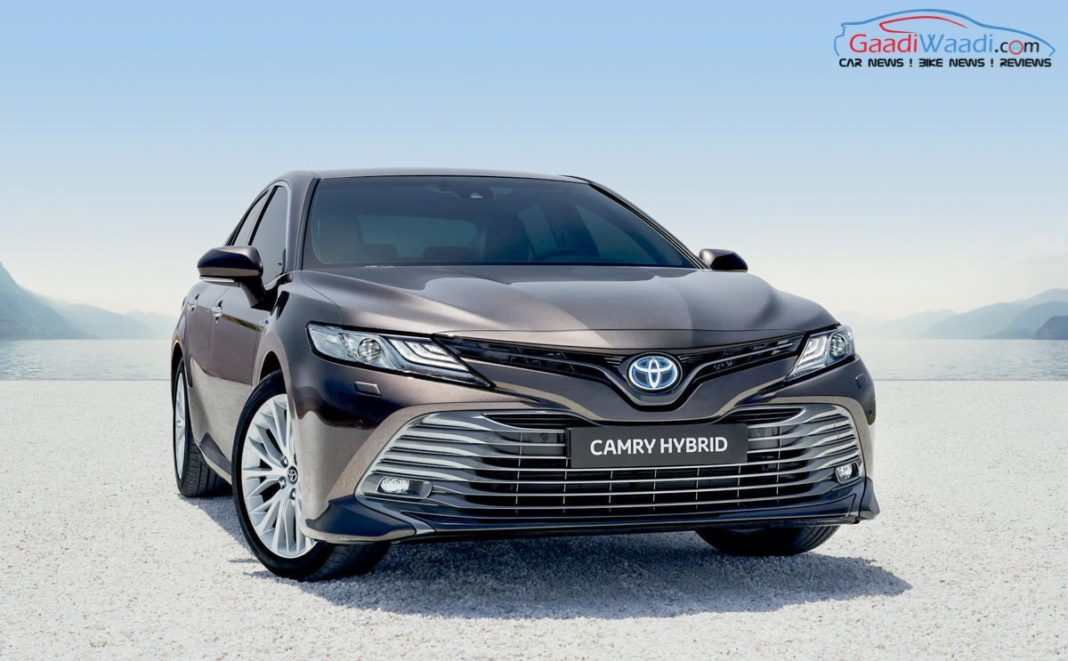 Toyota Camry is one of the most popular executive sedans in the world and the company has managed to replicate the same success story in India also. The eighth generation Camry will be launched in India on January 18. Toyota has opened bookings for the new generation model and here are the top 5 things you need to know about the new Camry.

The eighth generation Camry is based on new Toyota New Global Architecture (TNGA) platform and it shares lots of components with Lexus ES 300h (new ES already launched in India). The new platform has helped the company to improve the handling and comfort of the Camry when compared to its predecessor. 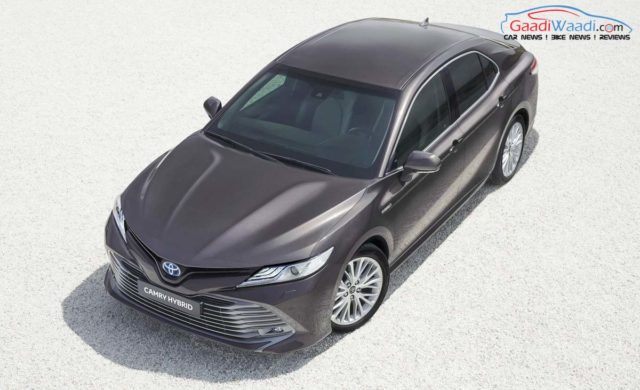 Toyota has increased the dimension of new Camry as the length has gone up by 35 mm to 4879 mm, width by 15 mm to 1838 mm and height has come down by 25 mm to 1445 mm. The wheelbase of eight generation Camry has gone up by 50 mm to 2824 mm, which has improved space for both front and rear passengers as the predecessor was already one of the spacious sedans in its segment.

We are getting the International-spec model, which is focused more on premium customers but for the US the company has given a sporty design theme. The front gets new grille along with swept back projector headlamps and an all-new front bumper, which gives a wider look for the sedan. The mirrors are placed on the door to reduce drag. The rear comes with LED tail lamps and a new bumper. 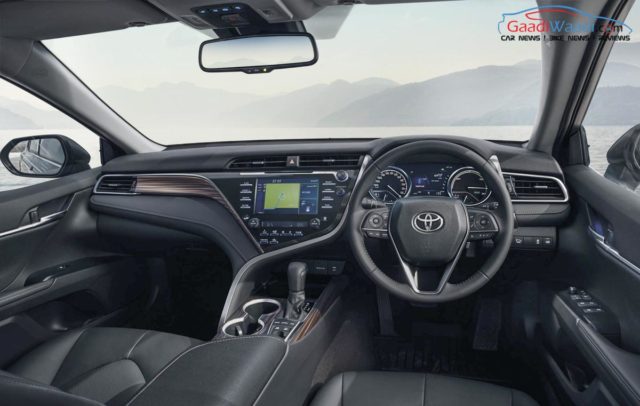 Toyota has given the same design theme for both US and International spec model as the centre console gets a unique design with a new touchscreen infotainment system. The three spoke a multi-function steering wheel is a new unit and the instrument cluster has been redesigned. The dashboard and centre console get wood inserts for a premium feel.

The Camry will be powered by a 2.5 L petrol hybrid engine set up as it produces 178 PS of power and 221 NM of torque. This engine is mated to E-CVT gearbox and the company has given a new 6.5 Ah nickel-metal hybrid battery pack, which is located under the rear seat, so the boot volume won’t be reduced. Toyota won’t offer the regular petrol engine in India.