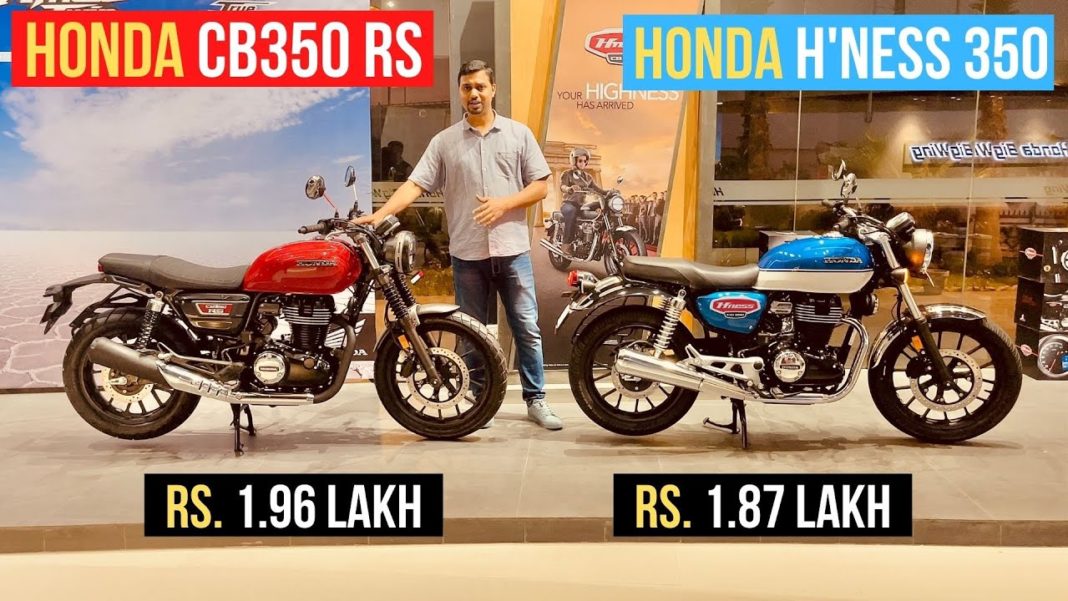 Honda has added a new affordable motorcycle (relatively speaking) to its BigWing lineup in India – CB350 RS. This new motorcycle is based on the H’ness CB350, which was launched in our market last year. Although there are a lot of similarities between these two motorcycles, there are a few noticeable differences as well.

The headlamp cover of the CB350 RS is a black and silver unit, unlike the chrome cover we see on the H’ness. The headlamp itself, however, is the same LED unit on both these motorcycles.

The CB350 RS loses the chrome-plated, metal front fender in favour of a matt-black plastic unit, which looks sportier and is lighter as well, but doesn’t feel as classy.

Honda has also tinkered with the riding ergonomics of the motorcycle. The handlebar of the CB350 RS is slightly lower compared to the H’ness, although not by much.

The Honda CB350 RS offers a toe-only gear shifter, instead of the heel-and-toe gear shifter we see on the H’ness. Due to slightly rear-set footpegs, offering a toe-shifter is actually a smart ergonomic decision. 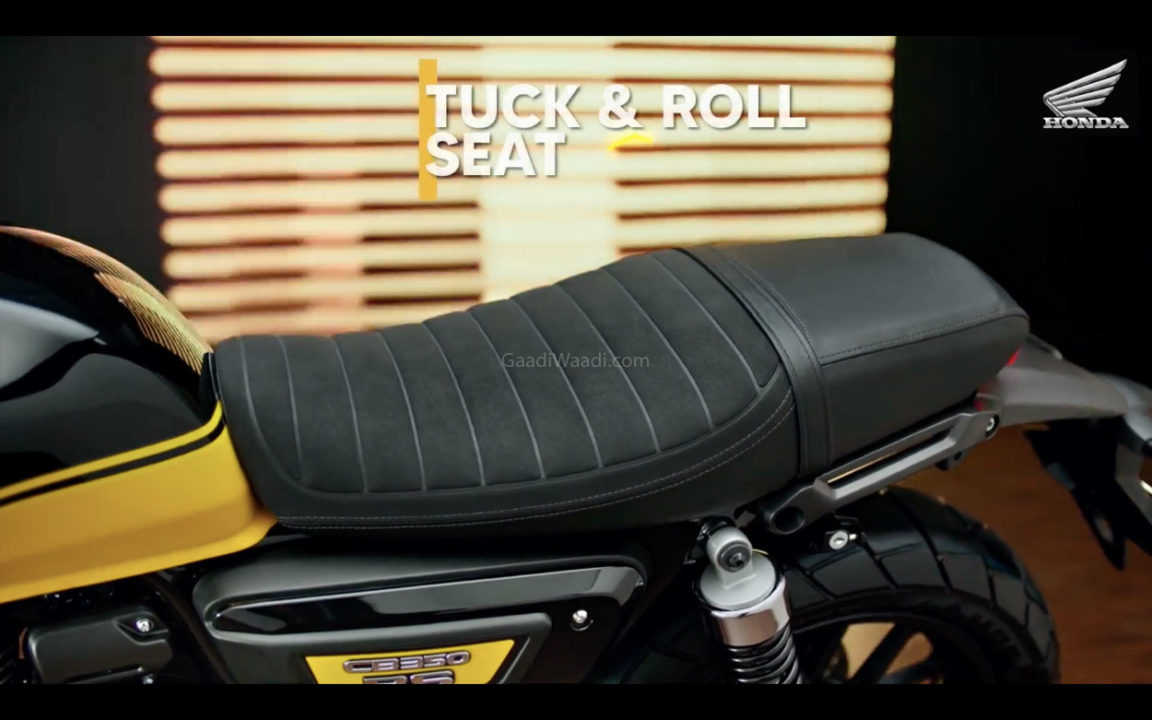 The RS model gets a new ‘tuck and roll’ single-piece seat. It also gets twin grab rails, which are positioned under the seat, attached to the rear fender.

The tyres on the Honda CB350 RS get block-pattern tread. These dual-purpose tyres are suitable for light off-roading, unlike the traditional road-biased tyres on the H’ness. 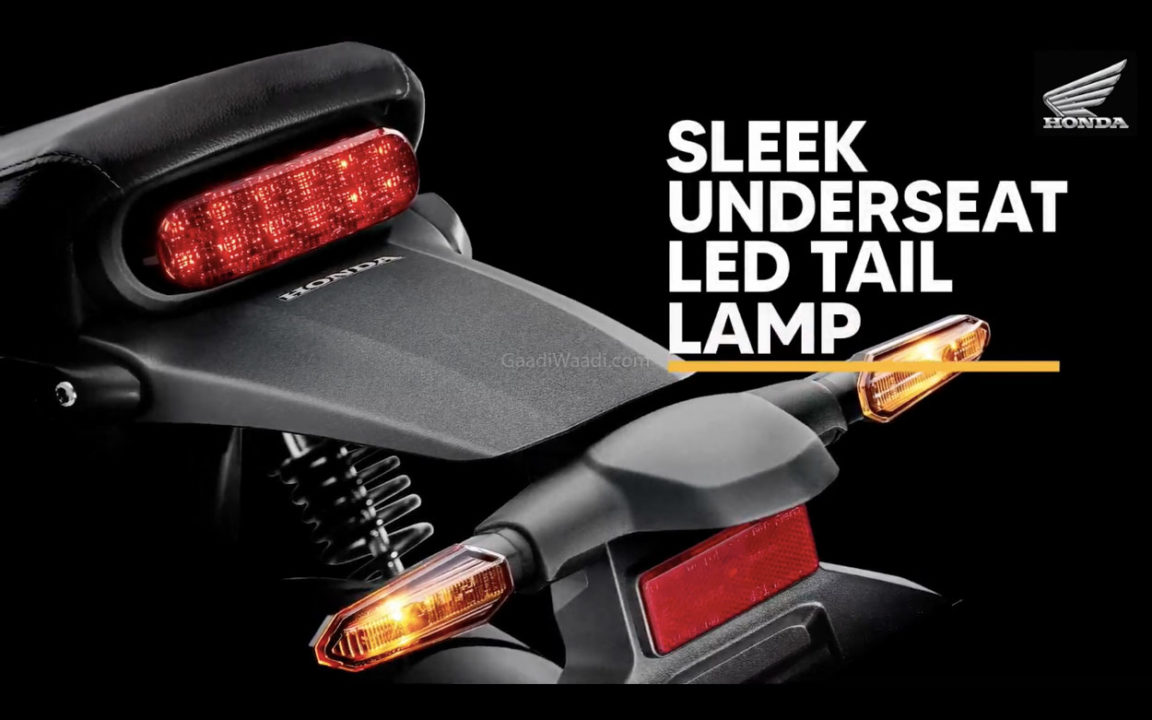 The taillight of the CB350 RS was revealed in the first teaser image, and this new unit looks sportier than the one on the H’ness. One glance at the rear section, and we can easily differentiate between the two motorcycles.

The rear fender of the RS model is much smaller than the one on the H’ness, and is made of plastic instead of metal, which is lighter but looks less elegant.

The saree guard on the CB350 RS sports a plastic grille over the metal one, which is a rather unique design element. Also, there is no side footrest on this saree guard.

Honda only offers the CB350 RS in a single variant, and that variant comes fitted with a single horn only. We wish there was an option for a dual horn as well, just like on the ‘DLX Pro’ variant of the H’ness.

13. Badging on the centre cowl 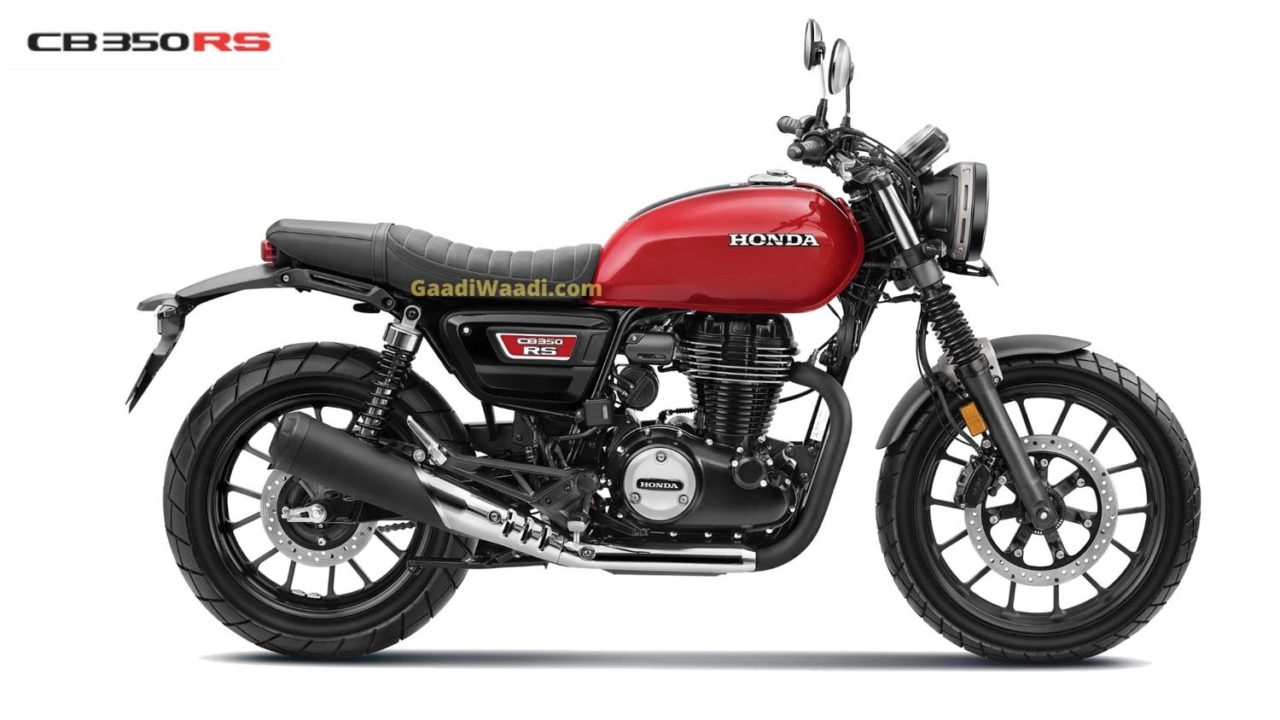 While the centre panel of the H’ness has a shield-style badge, the CB350 RS has a much simpler badge, sporting the motorcycle’s name in simple, block letters. 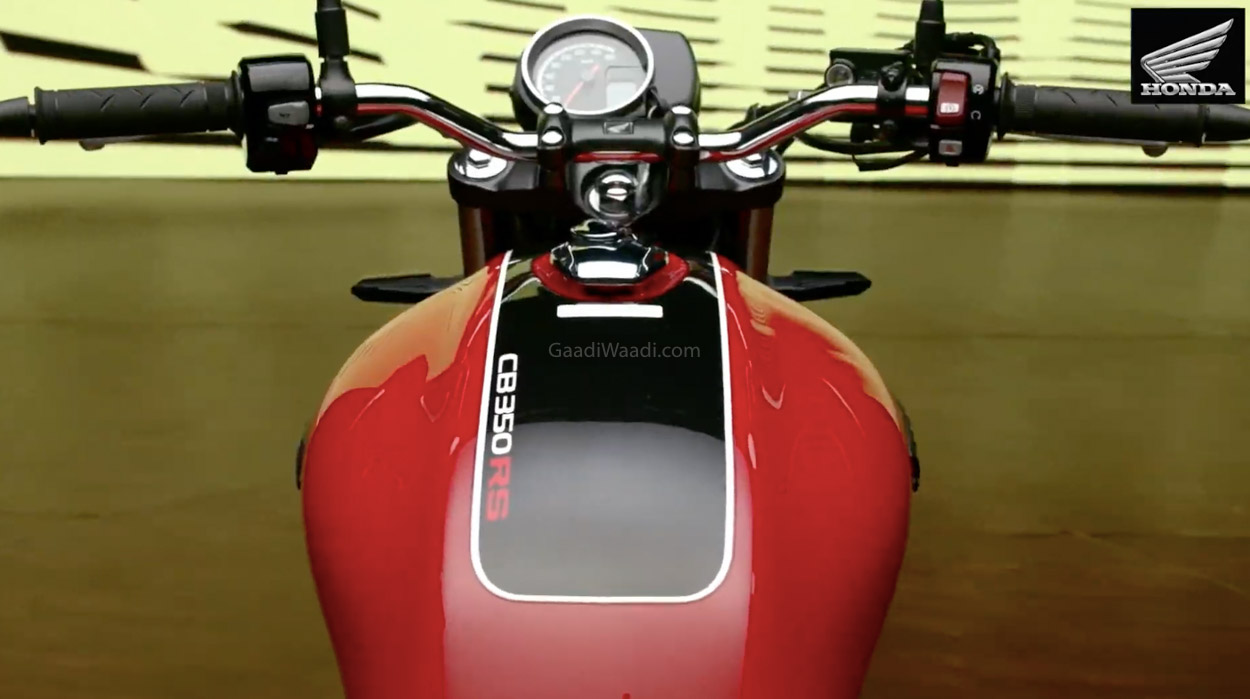 The easiest way to recognise the Honda CB350 RS is by its paint schemes. The bike is only available in two paint options – Radiant Red Metallic and Black with Pearl Sports Yellow. These colour options are not offered on the H’ness.

While the semi-digital instrument cluster is the same on both these bikes, the CB350 RS misses out on Honda Smartphone Voice Control (HSVC) system and Bluetooth-enabled turn-by-turn navigation feature, which are available on the DLX Pro variant of the H’ness (but not on the DLX variant).