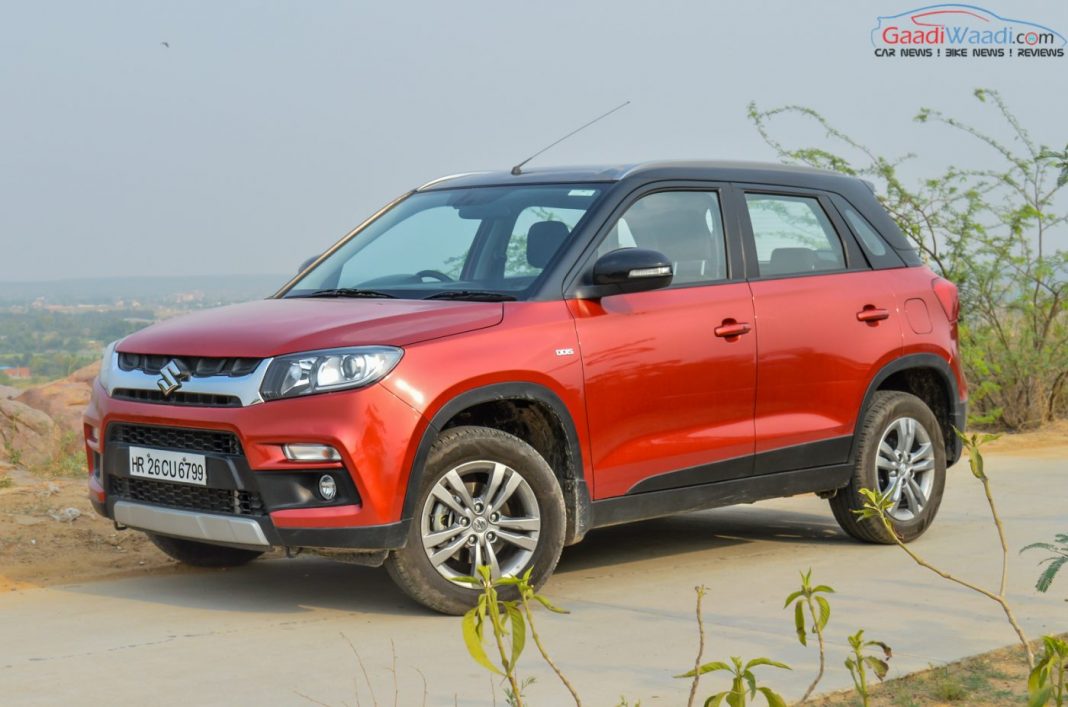 The spurred up passion towards purchasing SUVs and crossovers in the domestic market has showed way for some exciting vehicles in recent years. The Vitara Brezza, launched last year, pulled out all stops and quickly bettered Ford EcoSport in the sub-four metre SUV segment before overtaking Creta and becoming the bestselling UV with conviction.

It has continued its momentum last month as 10,653 examples were retailed. It is over a thousand units more than what Creta had secured as the battle between them is expected to go down to the wire throughout this year as well. Coming in at third was Bolero which saw a sub-four version being introduced of late. It posted 6,358 units and led the way for the largest SUV manufacturer in the country in April 2017.

Standing in at fourth was its sibling Scorpio as 4,489 deliveries were made in the recently concluded month. Ford’s ace SUV in the marketplace, the EcoSport, is a worldwide hit and it has been received well in India as well. It set the initial benchmark in the subcompact SUV space and continues to impress despite fierce competition as last month witnessed 3,924 units of sale.

The Jazz-based WR-V crossover finished sixth as the newest model in the space looks very promising. Underlining the popularity of sub-4m SUV segment, Mahindra TUV300 ended up in tenth position with 1.988 units while KUV100 micro-SUV which faces heat from Maruti Ignis only completed outside top 10. The flagship XUV500 registered sales of 1,999 examples and it faces tough competition from the Tata Hexa.

It could be the reason why the Fortuner has managed to outsell the XUV. Maruti’s S-Cross had a roller-coaster ride last year and last month 2,676 units were sold from Nexa dealerships to finish just above the Fortuner. The new generation Toyota Fortuner has picked up where its predecessor left off and is the top-selling premium SUV in the country. It stood at eight spot with 2,226 units but when the VW Tiguan, Skoda Kodiaq and Jeep Compass launch, the competitor is going to get tougher.