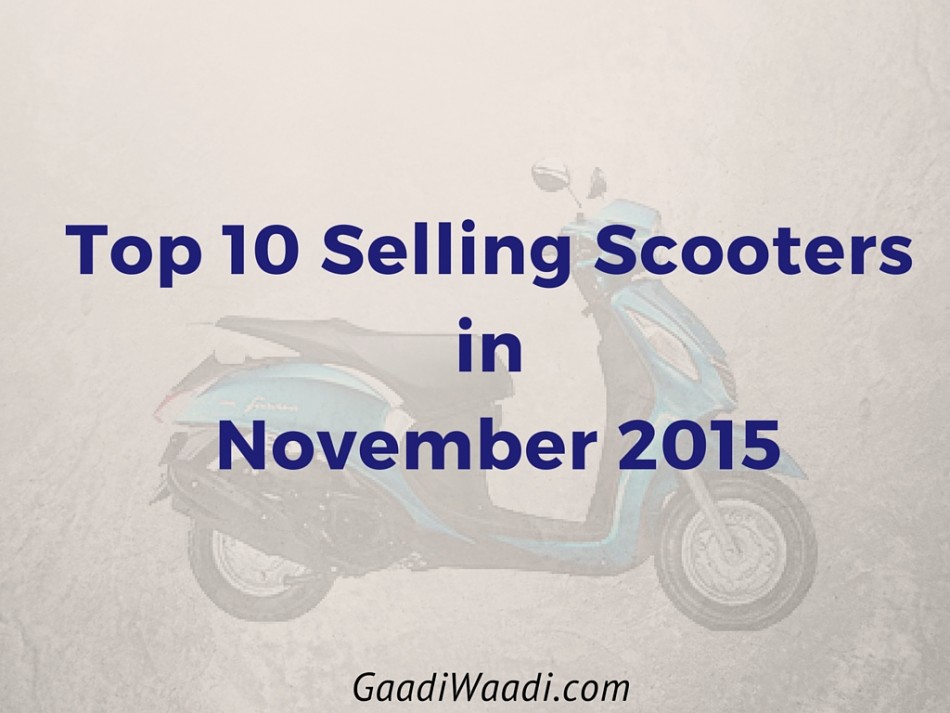 Top 10 Selling Scooters in November 2015 witness Hero has three scooters selling extremely well post Honda, its TVS that is behind both giants

Scooters are in. Get out of your house you will end witnessing a elderly person driving a scooter and mutli-colored someone representing the current generation riding a scooter which has heavily modified mechanically or cosmetically. Scooters are gaining popularity and Honda is the one to begin with and hence it stands tall at the leader board.

Other manufacturers aren’t behind either. Cumulatively Hero and TVS also sell a huge amount of scooters with their different products and are eating up Activa’s share slowly and steadily but Honda remains market leader.

Hero isn’t far behind anymore with its new Maestro Edge and the Duet which, with their sales seem to sky rocket the moment of the launch and are selling surplus amount of numbers. Maestro and Edge together are selling 35,000 odd units and Duet is also doing 17,000 odd units. Pleasure makes sure Hero is on the top as it sells around 12,000 odd units a month. Honda continues with its winning streak with 1.9 lakh odd units this month with its Activa. 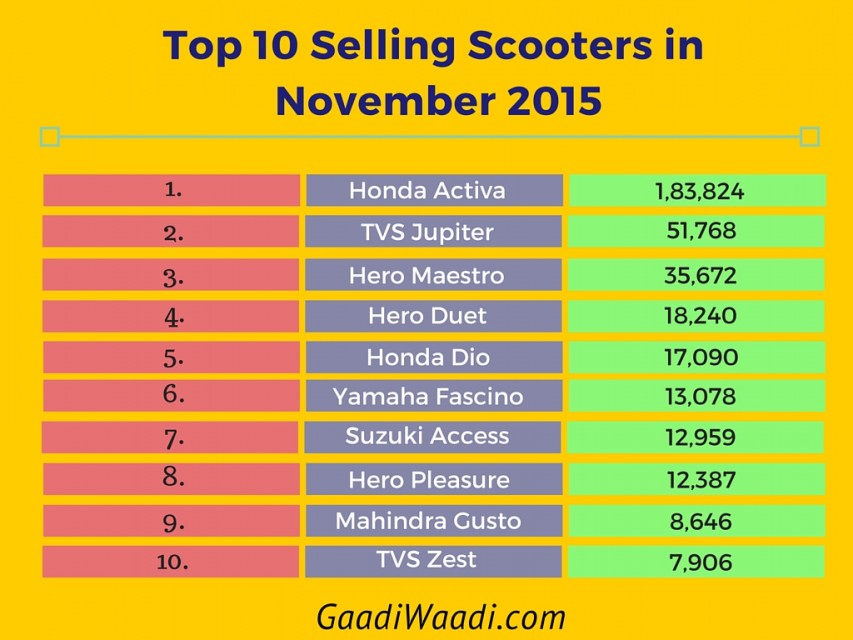 Cumulatively, All three scooters are doing better than TVS Jupiter which is doing 51,000 units which is as same as the Hero duo’s. What’s helping TVS stay neck and with the Hero is the superb, TVS Zest and it is the reason why TVS is still holding its position as it continues to sell almost 8000 odd units a month.

Honda Dio continues to be a hit despite not so great value and hardware on board with the Youth and continues to sub 20,000 units a month at around 17-18k units monthly. Looking at Mahindra Gusto numbers is a relief as it deserves to be in the top 10 list. A great scooter and attempt by Mahindra is making sure they are pumping out almost 10,000 unit a month which is quite clearly great numbers for the company in the initial stage.