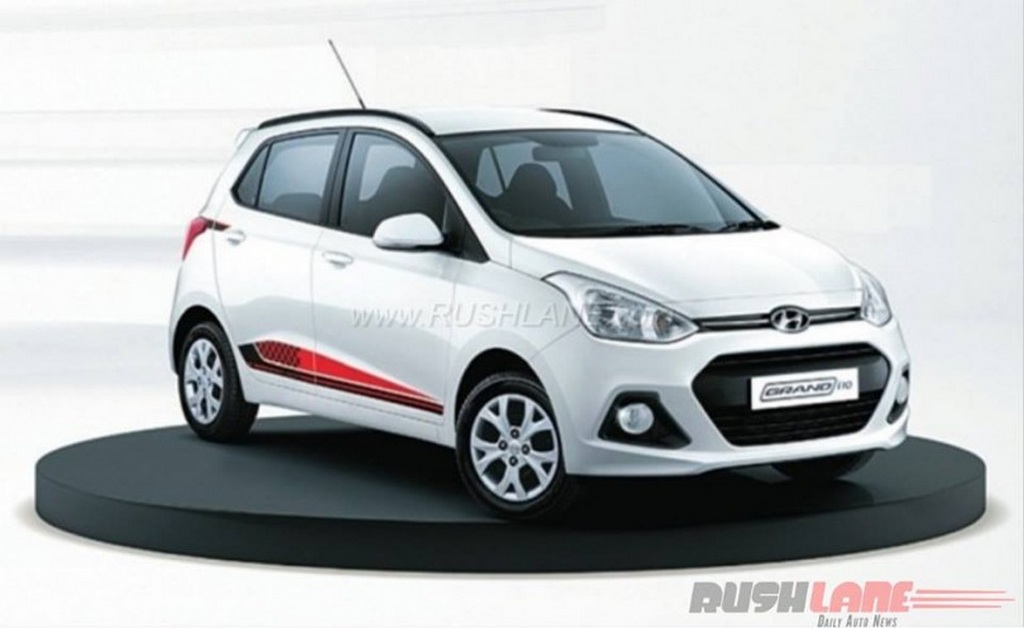 If we don’t go by the percentage change in comparison of November 2014 against the same month in 2015, you could clearly visualise the biggest gainer in the auto industry. Maruti Swift Dzire comes last on our gainers table but it has the biggest surge of any top-selling model.

Retailed at 13,899 units, Grand i10 witnessed a 54% growth compared to 8,396 units last November to stick in at sixth. Since launched in September 2013, the new generation hatchback has been a steady seller for the South Korean manufacturer. At the bottom of the list is the industry’s largest selling compact sedan Swift Dzire from Maruti Suzuki. It has the highest difference of any model in the table as Maruti retailed over 4,800 units more in comparison to November 2014 at a growth of 34%.

Its impressive sales figure culminated on 18,826 units at the closure of last month. Lined up above Swift Dzire has been Mahindra XUV500 which endured a 36% surge by selling 2,794 units at the end of November.

These numbers are expected to increase in the following months as the Indian brand introduced a much-wanted automatic variant of the SUV recently. Maruti Suzuki Celerio has been slotted eighth with over a thousand cars being sold more compared to November last year at a growth of 41% with 6,956 units. 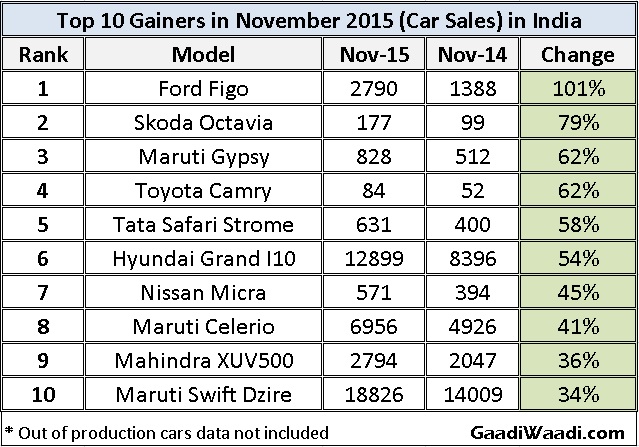 The least desired hatchback to venture into our gainers list has been Nissan Micra which had a step up of 45%. Although the percentage figures morph the actual sales as it retailed only 571 units, it’s nevertheless a welcomed increase.

Maruti Suzuki Gypsy encountered a similar growth to Camry but since 300 more units were sold in comparison to last November, we put the evergreen machine third on our list. Taking advantage of the facelifted version launched in October, Ford has retailed 2,790 units of Figo hatchback at a superlative 101% leap compared to the 1,388 sales of the older version in November 2014. Thus, Ford Figo has become the biggest gainer of last month in the Indian car market.