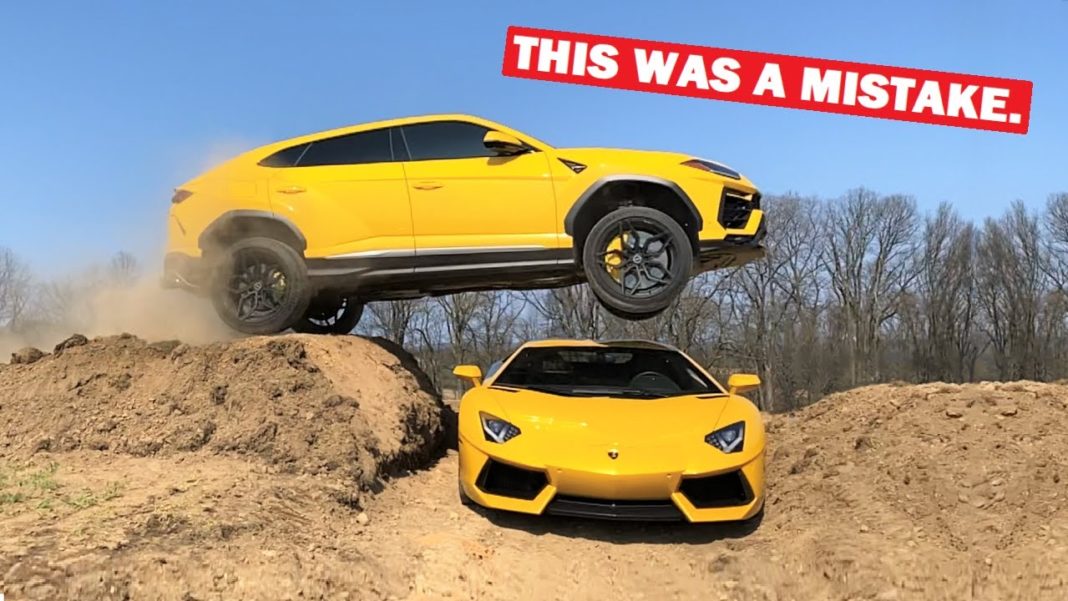 The Lamborghini Urus draws power from a 4.0-litre twin-turbocharged V8 engine that puts out at 650 PS of max power and 850 Nm of peak torque

While the Lamborghini Urus is one of the most potent on-road SUVs in the world, we are not really sure if it can or should ever be used as a rally car in its stock condition. Well, the YouTuber Street Speed 717 decided to take the matters into his own hands, and while he did not take his Lamborghini Urus to a proper rally race, he attempted what probably no other Lamborghini owner would ever want to try with their car.

The video shows the YouTuber jump a Lamborghini Urus over a Lamborghini Aventador, because apparently, he thought it would be fun to do. After doing some little research on the internet and some basic calculations, Mike, the host figures that a ramp should work, but allegedly decides not to test it before trying it with the Aventador parked between the ramps.

“I’d be lying if I said I wasn’t worried,” says Mike from behind the wheel of the Urus. “This is—there’s a lot more on the line than a little Toyota,” said the YouTuber. Luckily, the Urus manages to clear the Aventador without any trouble.

Later in the video, the YouTuber is also seen jumping a first-gen Toyota Rav4 and a Subaru Impreza wagon over the ramp, however, without the Lamborghini Aventador in the ramps. In one of the jumps, the Impreza wagon gains a bit too much speed and lands on its front axle a little too hard.

This shows that launch speed needs to be calculated very carefully if you’re attempting these kinds of jumps. Nonetheless, jumping cars over ramps isn’t a very good idea if you have no prior experience of stunting with cars.

Talking about the Urus, it uses a 4.0-litre twin-turbocharged V8 engine that puts out at 650 PS of max power at 6,000 rpm and 850 Nm of peak torque between 2,250-4,500 rpm, sending power to all four wheels through an 8-speed auto transmission. The luxury SUV can sprint from 0 to 100 kmph in just 3.6 seconds, before topping out at an electronically limited top speed of 305 kmph.