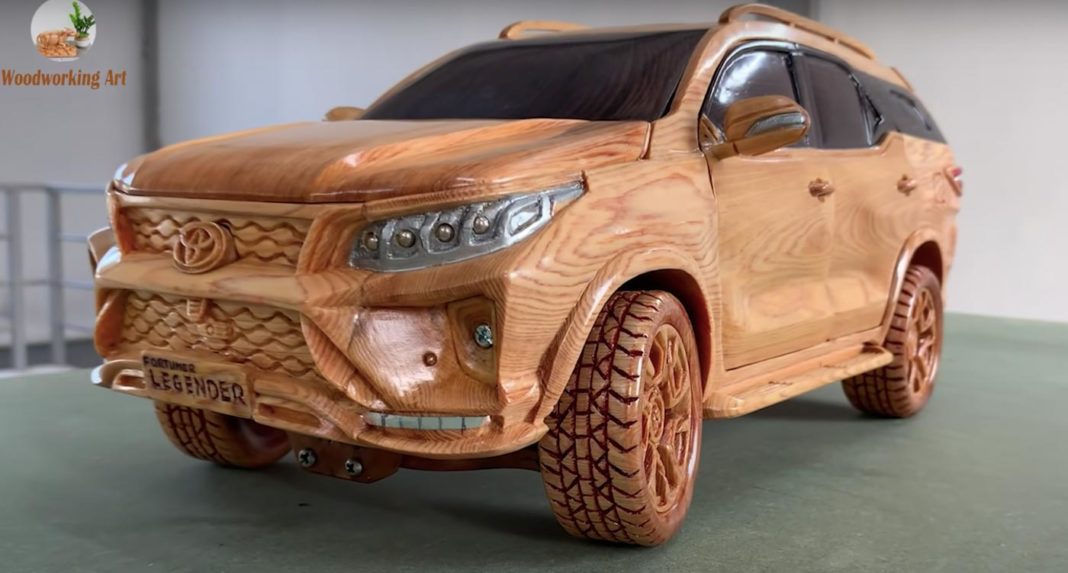 Carving wood into sculptures is truly an art, but this particular person, who also seems to be a car enthusiast, has taken it to the next level. In videos uploaded on his YouTube channel, the anonymous person, better known by his YouTube handle Woodworking Art, can be seen carving scale models of actual cars out of wooden blocks.

The wooden blocks that he carves are obviously much smaller than actual cars, and can be best described as scale models. However, he still manages to make almost all components of the carved cars working, which is truly exceptional. In his most recent video, this woodsmith has carved out a Toyota Fortuner Legender scale model to absolute perfection.

The car has working doors, a tailgate, a hood that opens, an engine bay with an engine, tyres with treads on them and equipped with the same alloy wheels as the actual car. The attention to detail is outstanding, depicting his unmatched level of skill and craftsmanship. The windows are painted black, and tail lamps are painted red in order to make it look slightly more realistic.

The icing on the cake is the small details like the turn indicators on the outside rearview mirrors, the roof rails, Toyota logos as well as the suspension. Talking about the Legender, this variant sits at the top of the Toyota Fortuner line-up, and is available with the 2.8-litre diesel engine only.

The said engine is rated at 204 PS/500 Nm, and can only be had with an automatic transmission with a 4×2 configuration on the Toyota Fortuner Legender. Also on offer with the regular Toyota Fortuner is a 2.7-litre petrol engine producing 166 PS of maximum power and 245 Nm of peak torque. 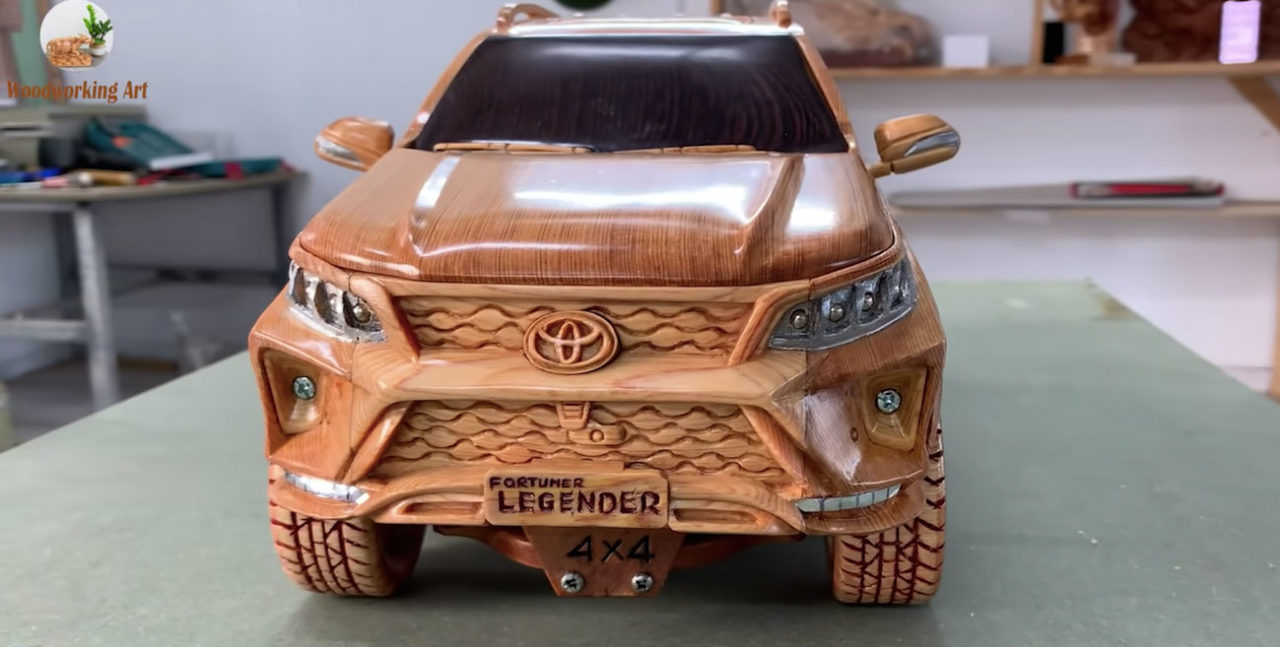 As of now, Toyota retails the Fortuner at a base price of Rs 30.34 lakh, which goes all the way up to Rs 38.30 lakh (both prices, ex-showroom) for the Legender variant.  The Toyota Fortuner competes against the likes of the Ford Endeavour, Mahindra Alturas G4, Volkswagen Tiguan AllSpace as well as the MG Gloster.