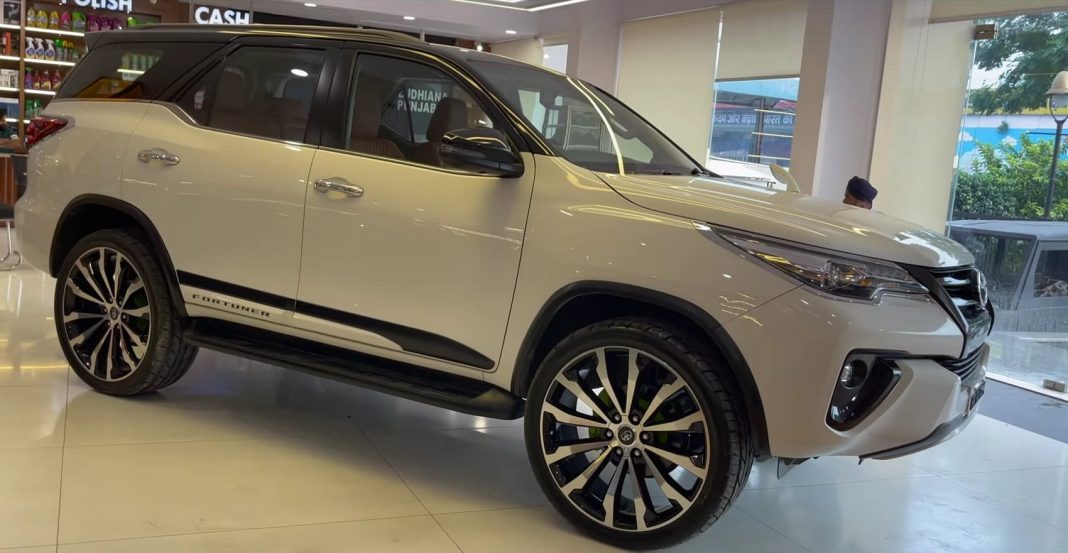 Toyota Fortuner is the most popular large SUV in the Indian market, thanks to its powerful engine options, bulletproof reliability, and premium brand image. Indian automobile enthusiasts love to modify their vehicles, and plenty of Fortuner owners opt for customisations. The aftermarket support for the SUV is quite strong, and plenty of modification options are available for it.

Here, we bring you one such modified Toyota Fortuner, which we’ve covered in detail in the video below. The most noticeable change is the wheel replacement; the vehicle now gets massive 24-inch machine-cut wheels, shod with low-profile tyres, which cost around Rs. 2 lakh. The brake callipers have been painted green, giving a sporty touch to the styling.

The ride height of the Fortuner has increased noticeably, thanks to the new wheels. A few accessories can be noticed as well on the SUV, like the door claddings, chrome surrounds for the headlights and taillights, a hood mirror, and a blacked-out front grille. Apart from that, the SUV also gets PPF protection, which was priced around Rs. 1 lakh.

Stepping inside the vehicle, we see an extensively customised interior that looks beautiful. The SUV gets a Black and Tang Orange interior theme, with a white headliner. The dashboard, door panels, and steering wheel, all feature orange leatherette inserts. The seats feature tang leatherette upholstery as well.

The leatherette quality is brilliant, and the fit and finish are nice as well. In fact, this doesn’t feel like a custom job, as the finish levels match the OEM quality! The cost of the interior modifications is estimated to be around Rs. 1 lakh. No changes have been reported under the hood of this SUV. 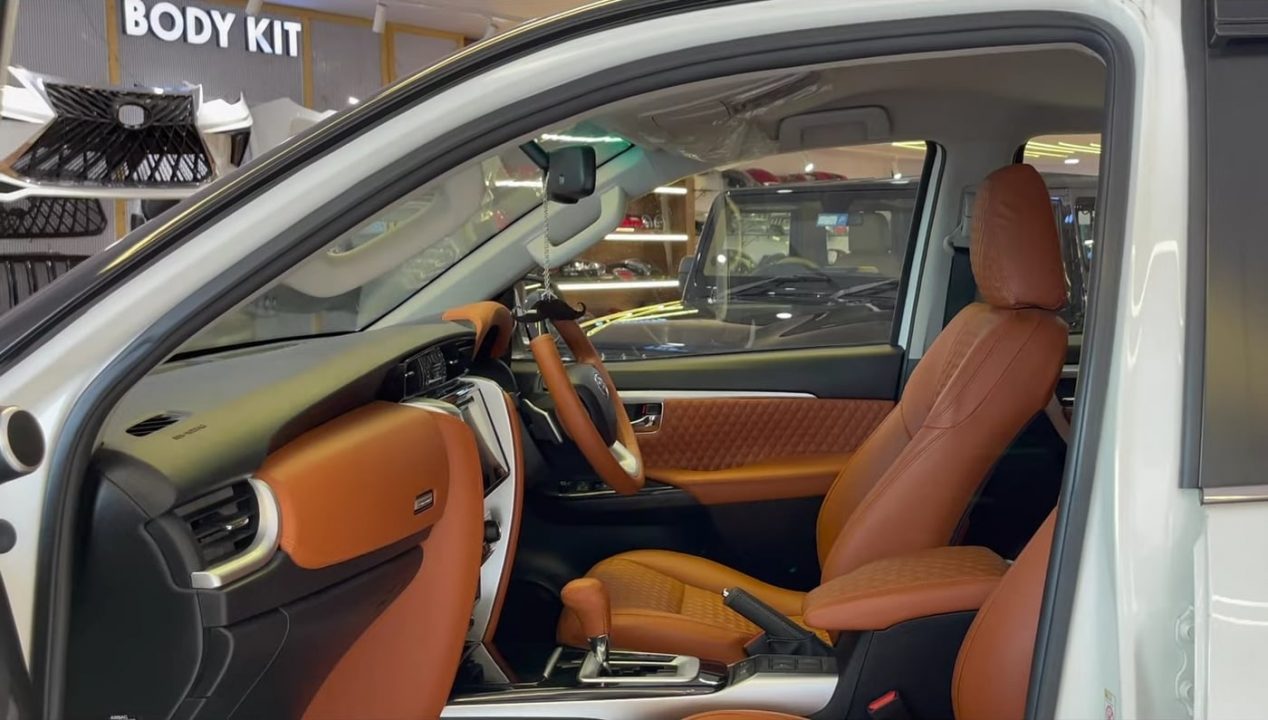 This particular SUV is a pre-facelift model – a 2019 Toyota Fortuner diesel AT. It is powered by a 2.8-litre, turbocharged, inline-4 diesel engine, which generates a peak power of 177 PS and a maximum torque of 450 Nm, mated to a 6-speed torque-converter automatic transmission. In comparison, the current (facelifted) model is capable of generating 204 PS and 500 Nm from its 2.8L diesel engine.