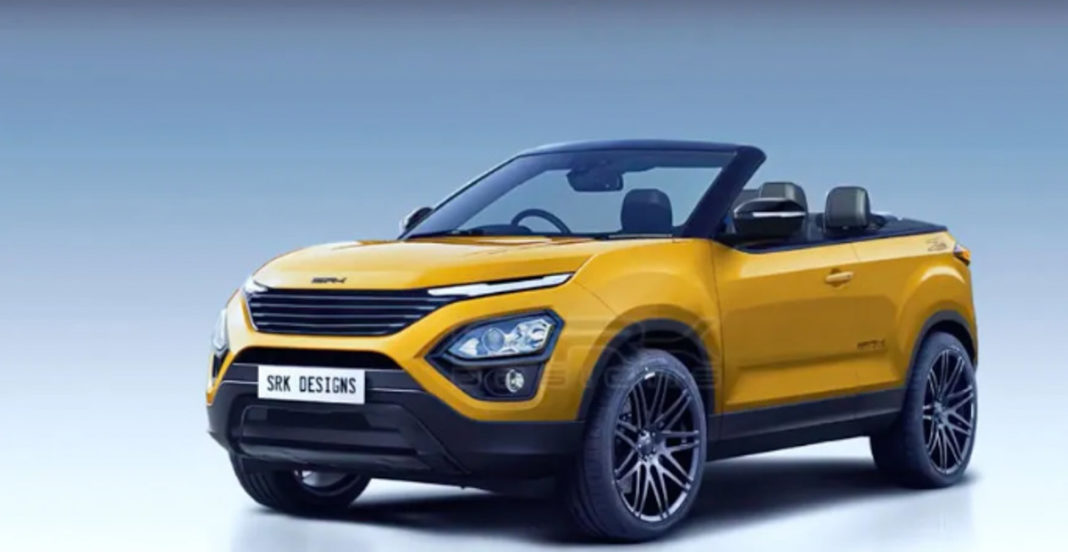 Convertibles have never really worked out in India and unless we occasionally get amazed by exotic renderings of regular cars or stare at heavily modified wind-on-the-face creations on the roads, the drop-tops have remained largely irrelevant. But what if one of the highly attractive recent launches adorn a convertible and you would actually grow to like it?

Rendering artist SRK has posted his latest digital imagination and it is nothing short of spectacular. The convertible version of the Harrier is amazingly fitting right out of the box and it has everything to do with its connection to the Land Rover family.

Just as with any typical convertible, the elimination of the Harrier roof would have been compensated by adding strengthening materials that would result in an increase in kerb weight. However, with modern engineering developments, manufacturers have found a way to minimise the effect of kerb weight increase and the subsequent effect on handling and top speed compared to the hard-top variants.

In Tata Harrier’s case, the bigger black wheels add an aggressive demeanour to the monocoque SUV while the newly designed black front grille, black surrounds on the windshield, bumper and fender area allow for a dual-tone appearance complementing the yellow base paint.

While craving for a production Harrier Convertible makes little sense, enthusiastic owners may try to customise their SUV in a similar fashion one way or the other. The Harrier is the first Tata model based on the Impact Design 2.0 philosophy and the first to sit on OMEGA architecture derived from Land Rover’s D8.

The Tata Harrier endured another successful month in gaining volumes as more than 2,000 units were sold in April 2019 by beating Mahindra XUV500, Jeep Compass, Nissan Kicks, Renault Captur and Hyundai Tucson. The seven-seater version of the Harrier dubbed Cassini will go on sale later this year to consolidate the range and it will use the uprated current 2.0-litre Kryotec diesel engine making 170 PS and 350 Nm.