Royal Enfield motorcycles have probably seen more customization than any other in the world. The list of customized iteration that will leave you wanting more, is humongous and one among it is what you see here. The Demont, as it was christened.

The achingly-beautiful motorcycle you see above is a beautiful mod job done to an 8-year-old Royal Enfield Classic 500. Eimor customs who undertook the project states that the owner of the motorcycle had his intentions clear about the modifications. Making the list was a host of changes that finally transformed the motorcycle into its current avatar.

Eimor customs states that the toolbox of the motorcycle has been untouched as the air filter is housed within. Notable changes on the bike comes majorly to its cycle parts. It gets inverted forks at the front, smaller LED headlight with DRL, a bigger tank, single leather seat, smaller and rounded fenders, new taillight, and indicators and a megaphone exhaust. 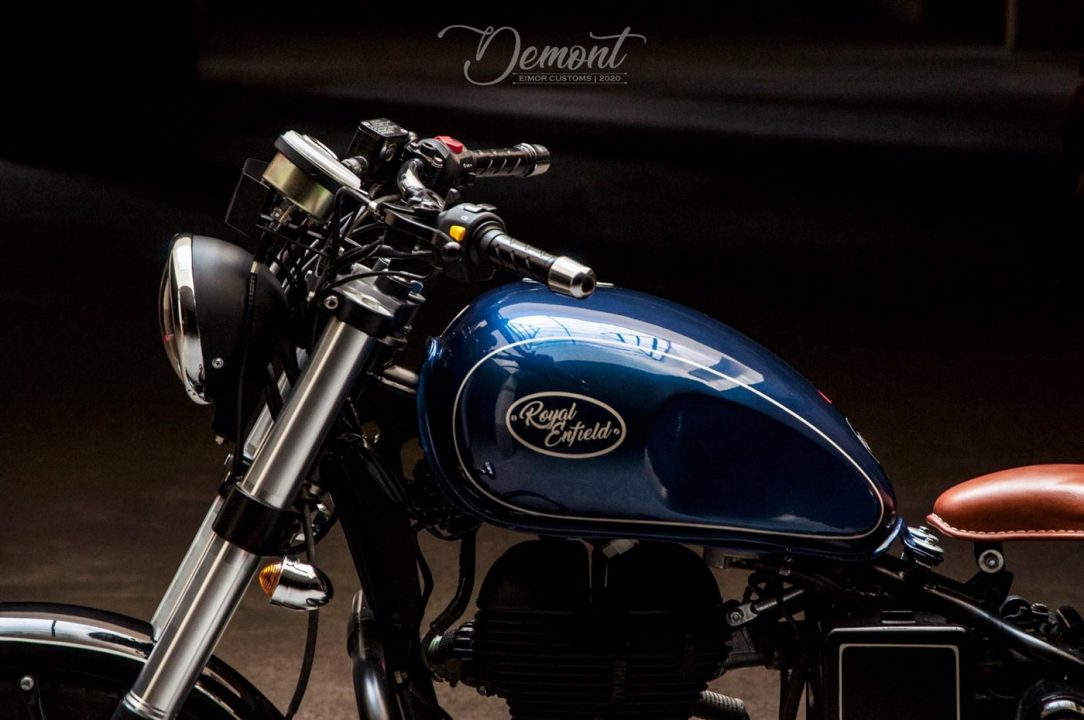 The paint scheme on the bike is a custom blend of Royal and Prussian Blue finished in gloss. Throughout its body, the motorcycle carries minimal chrome treatment and ample of darkened elements. From a street cruiser that the Classic is intended to be, Demont has evolved into a bobber, and that too a rather good-looking one.

The customisations have been limited to the exteriors and cycle parts. The mechanicals as they claim has been retained from the stock model, which means that the bobber will very well ride like a Classic, but a bit better due to the new suspensions. 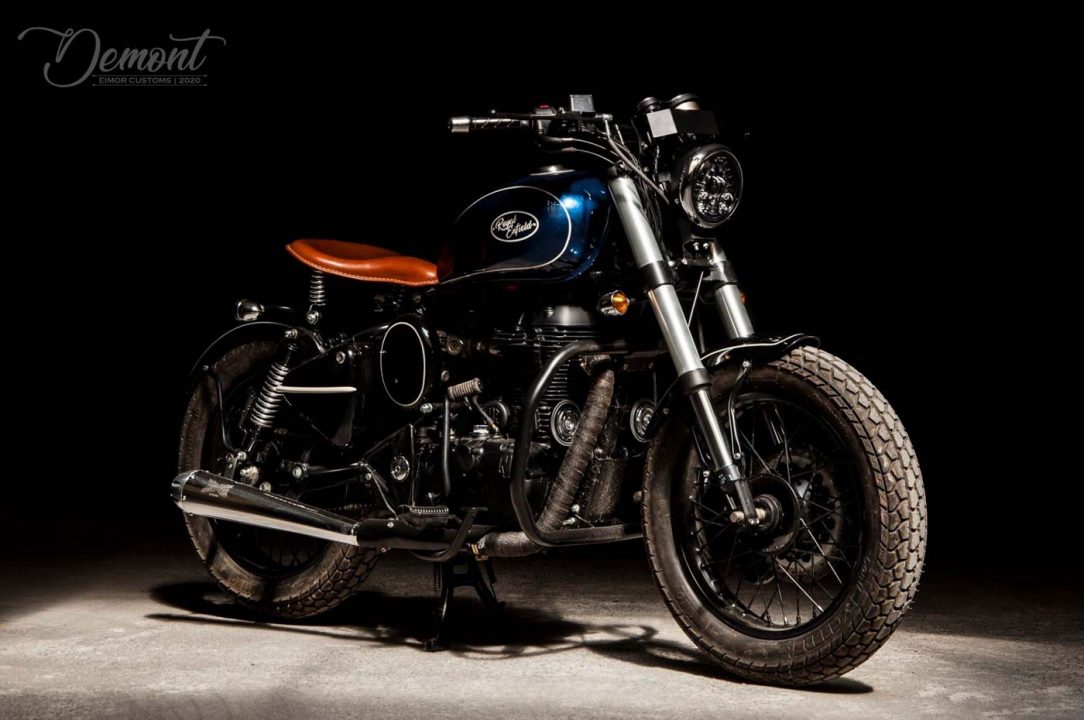 As far as the name goes, Eimor states that the word Demont means a strong and powerful person who has a talent for getting love from everyone who loves with a fierce passion, a wilful and highly intelligent man that anyone would be blessed to know.