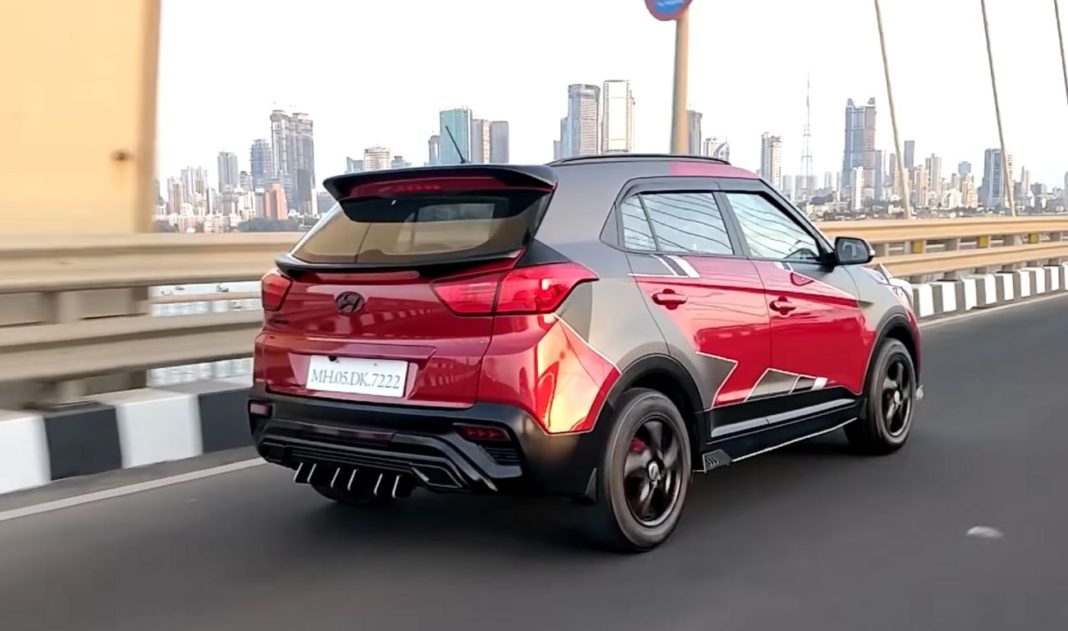 A previous-gen Hyundai Creta has been modified to look like an N-Line Creta, and features a host of exterior and interior mods including a Tesla-like infotainment screen

Hyundai recently launched the second-gen version of its immensely popular mid-size SUV, the Creta, and the car is expected to carry forward the legacy that the first-gen model left behind in the Indian market. Since the first-gen model has been in the country for a very long time, it would currently be relatively easier to find its mods as compared to to the new model.

One such owner of the previous-gen Creta has gotten his car transformed both inside and outside. The said car already has a set of aftermarket alloy wheels and front and rear skid plats installed. However, the owner decided to take it a step further and takes the car to Mr Vinay Kapoor, who first shows the rendering of what the Creta would look like after he modifies it.

The modifications in this particular Hyundai Creta include an aggressive ‘Predator’ kit which transforms the car’s bumpers and adds diffusers on both the ends. The car has also went through a chrome delete treatment, and hence all the chrome on the car has been blackened out. Custom vinyls have also been added to the car, which suits the customer’s requirements.

Inside the cabin, the car gets new diamond-stitched leather covers for the seats that make the interiors look premium. The Creta has been equipped with an Android-powered large touchscreen infotainment system, which resembles the infotainment screens seen on Teslas. The touchscreen replaces the majority of physical buttons, including the HVAC controls, and gives the dashboard a clean layout.

Even while it sports Hyundai’s N-Line vinyl, no changes have been made to the car’s powertrains in this mod job, and the modifications are limited to visual enhancements only. That being said, the previous-gen Hyundai Creta was offered with a 1.6-litre naturally aspirated petrol, 1.4-litre diesel and 1.6-litre diesel powertrains. 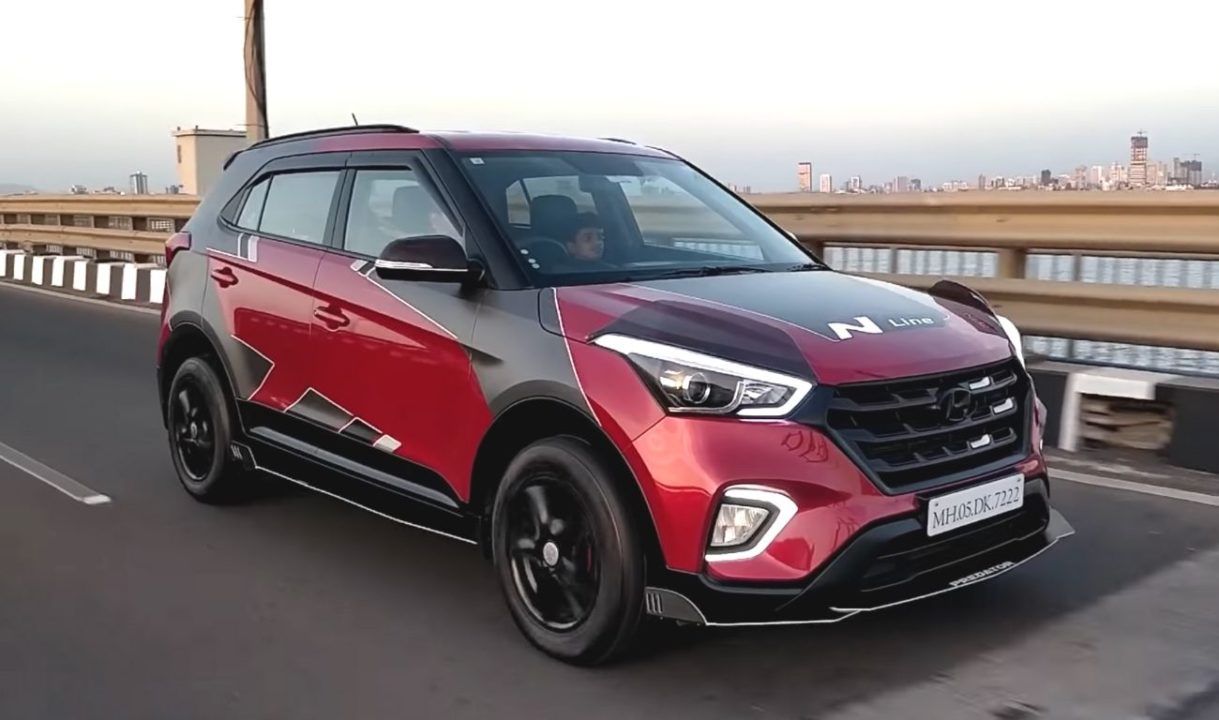