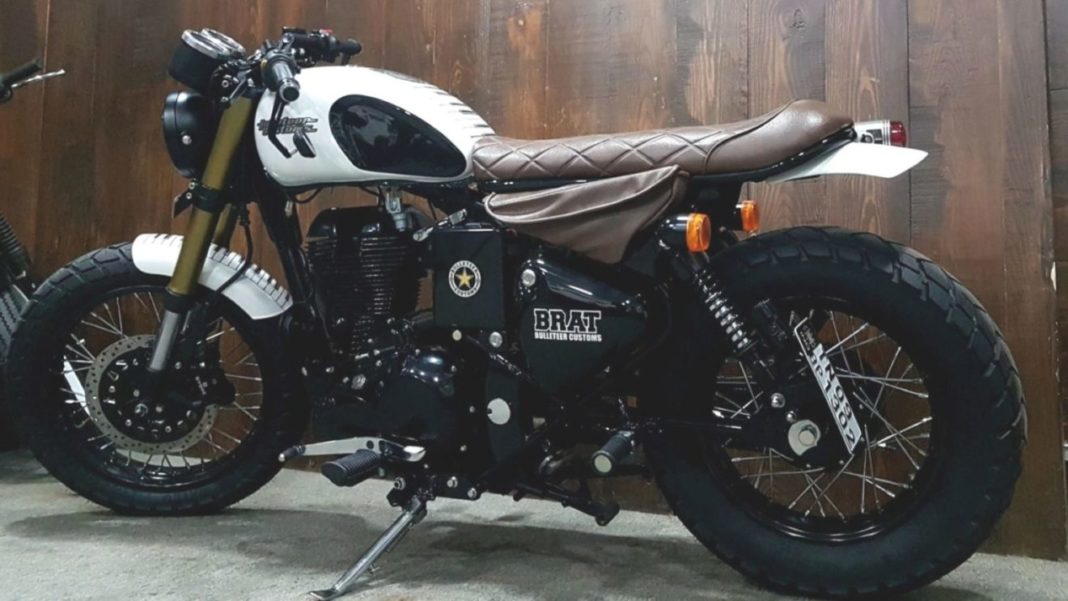 Bangalore-based Bulleteer Customs have come up with another marvel in the form of Octave, a bobber motorcycle that’s actually a modified Royal Enfield 350

Thanks to the classic design of the Royal Enfield models, many bike aficionados often take to customizing these motorcycles to look like proper old-school bikes. These modification jobs are mostly chopper or bobber models that look classier than the factory-spec bikes they are based on. The bike you see on this page is yet another example of the look that can be achieved through a modified Royal Enfield 350 motorcycle.

Dubbed Octave, this modified Royal Enfield 350 motorcycle sports distinct bobber looks that are classy to the core and impress with the fantastic attention to detail. The Octave belongs to the Brat series of custom motorcycles by the Bangalore-based modification house.

It features a white base paint with several black details such as tank graphics and the paint job for the gearbox housing. This modified Royal Enfield 350 also gets a chopped front fender, while the rear unit seems to take inspiration from motocross models. 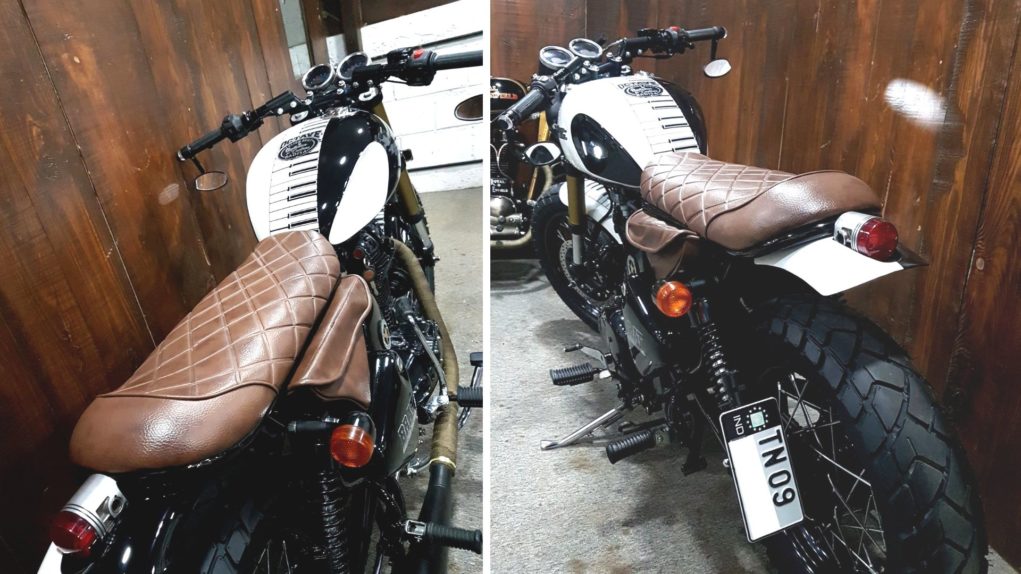 The Octave wears aftermarket tires that have been wrapped around spoke wheels. Another highlight of the motorcycle is its golden Upside-Down front forks. The front-end of this modified Royal Enfield 350 even gets an aftermarket headlamp and custom handlebars.

At the rear, the modified Royal Enfield 350 features a customized sub-frame and a new side-mounted tail-light. The rear indicators have a retro look, while the front ones are mounted on the handlebar. The original seat has been replaced with a flatter unit that is draped in retro-look leather cover. 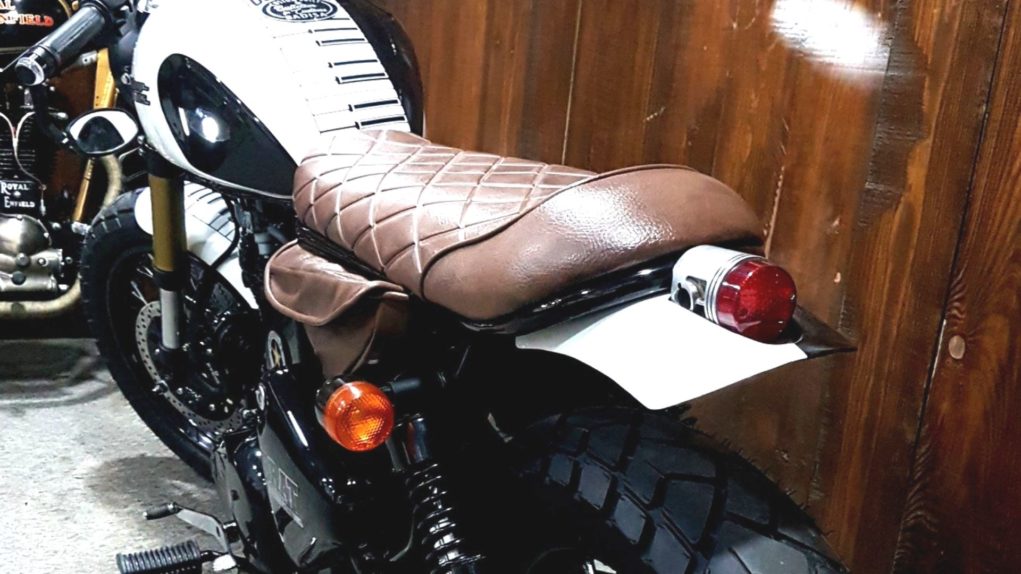 While the specifications of this modified Royal Enfield 350 aren’t known at the moment, it’s likely to sport a totally untouched motor. In its factory-spec, the 346cc single-cylinder, air-cooled, Twinspark engine outputs a maximum power of 20.07 PS at 5,250 rpm and a peak torque of 28 Nm at 4,000 rpm. The motor comes mated to a five-speed manual transmission.