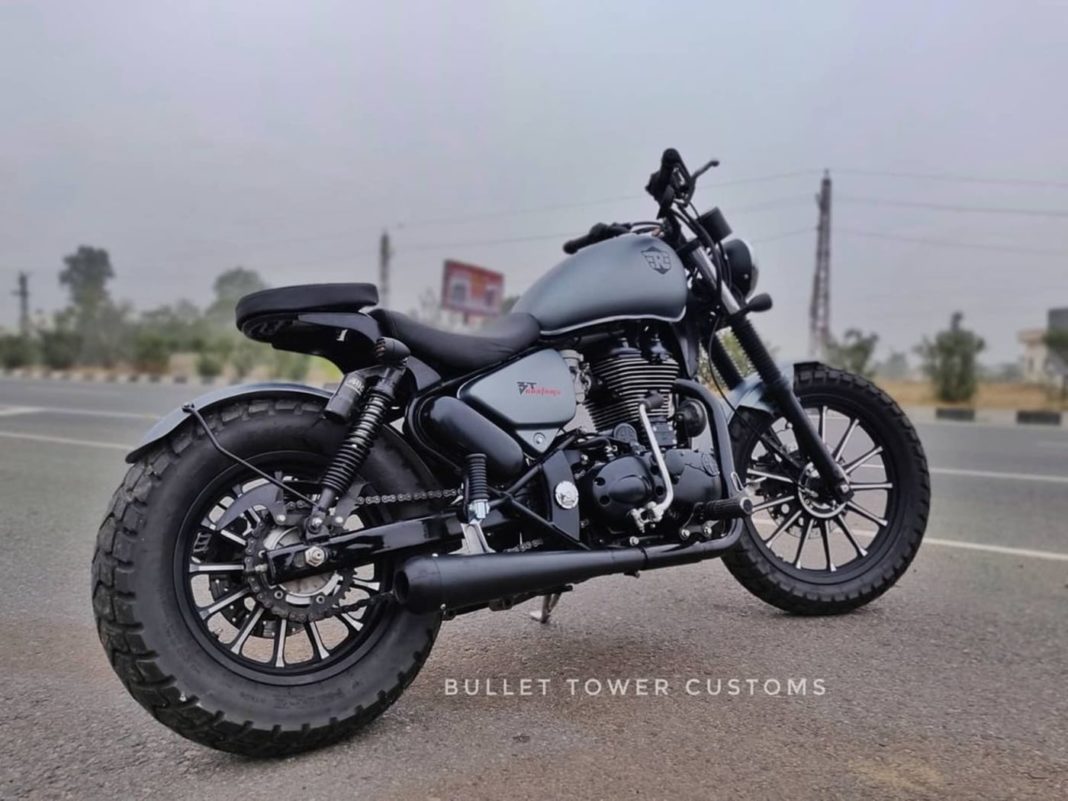 Here, we have a customised Royal Enfield Thunderbird 350, which looks like a cross between a bobber and a scrambler

Royal Enfield is the most popular premium motorcycle brand in India, enjoying a cult following among auto enthusiasts. Due to the immense prevalence in our country, it isn’t too hard to come across various modified RE bikes on the road or online. Most of these custom motorcycles are beautiful pieces of machinery, and here, we have another such example.

This Royal Enfield Thunderbird has been customised by Bullet Tower Customs, a motorcycle garage in Sikar, Rajasthan. There are plenty of mods worth noticing here; at the front, the bike sports a shorter fender and a pair of fork protectors. The machine-cut multispoke alloy wheels are new, and come shod with dual-purpose tyres on them.

The headlamp is a full halogen unit, and the instrument console only consists of a single round pod with an analogue speedometer. The handlebar is flatter and lower, and comes with beautiful, round bar-end mirrors. The tank now sports a vinyl logo, but the offset fuel-filler cap remains unaltered. The seats are new as well, with the pillion seat now being much smaller than the stock one. 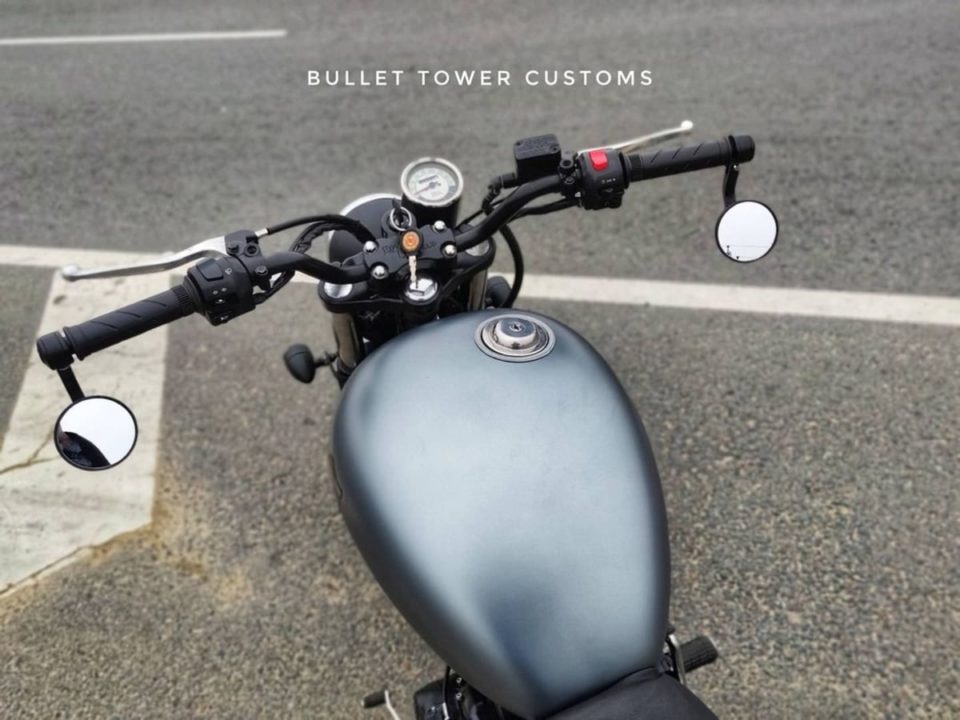 At the rear, we see a new custom fender, and the numberplate and taillight have been moved to the left side of the bike. The rear wheel has the same design as the front, but is much smaller in size. The engine and exhaust have been blacked-out, and the shorter exhaust can completes the look.

The Royal Enfield Thunderbird 350 had a 346cc, air-cooled, single-cylinder engine. This powerplant was capable of delivering 20.07 PS of peak power and 28 Nm of maximum torque, and came paired to a 5-speed sequential gearbox. The motorcycle got 19-inch wheels at the front as well as the rear, with disc brakes on both ends. 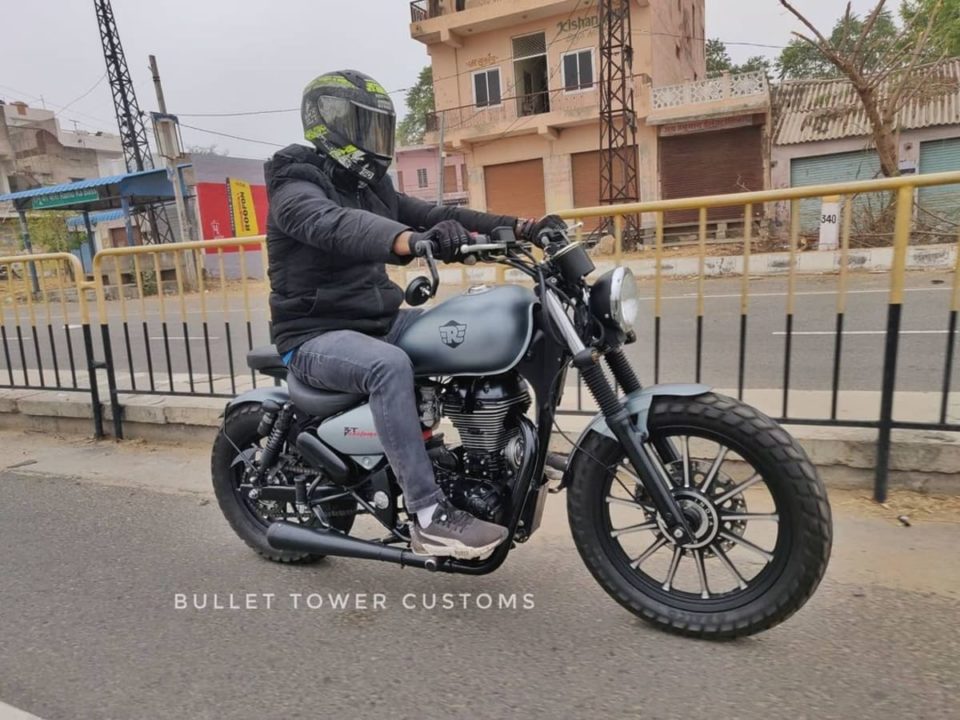 The Thunderbird 350 was discontinued near the beginning of 2020, and in its place, the Meteor 350 was introduced towards the end of last year. The RE Meteor has a brand new 349cc SOHC engine (20.4 PS and 27 Nm), and while the styling is similar between the two, the equipment is much more premium on the Meteor 350.